Nate dog just sent this on our nfl group chat and I couldn’t be happier he did because I missed it burning up twitter somehow. (Probably because I’m busy watching Justin Fields play the game of his life against one of the worst Patriots’ defensive performances I can remember, but I digress.)

The story of tonight so far (silver lining) is Bailey Zappe coming in after Mac Jones stunk up the joint in the first few Pats offensive drives. Props to BB for not hesitating to pull the trigger. Sometimes being heartless/soulless has its benefits.

Sure Mac Jones is as good as done for now that he’s had his confidence totally eradicated in front of a prime time national audience, but those are the breaks of playing for this man. 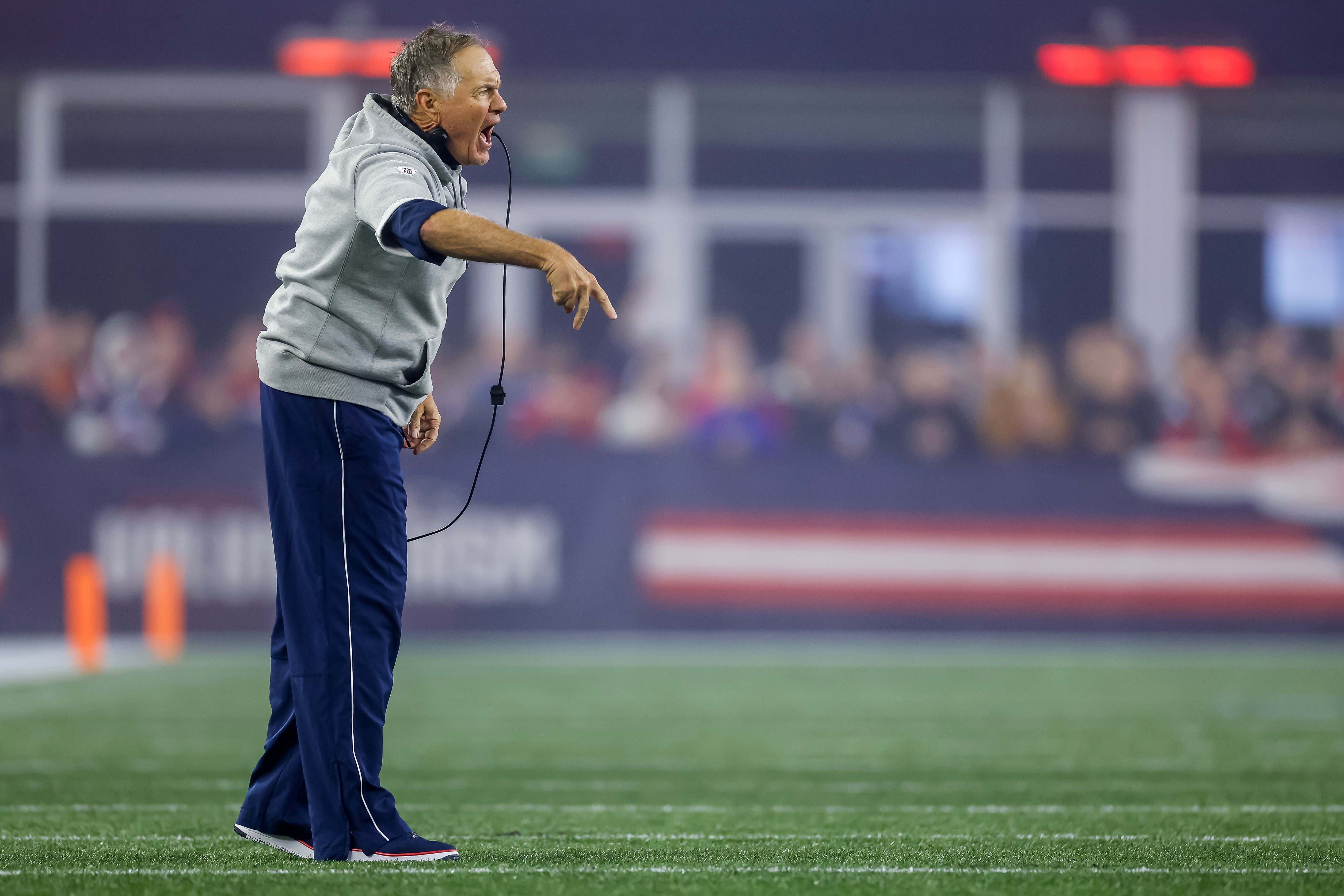 The kid might be legit. And that’s without knowing he was a Fountains Of Wayne guy.

Jury was out coming into tonight. Sure the WEEI faithful knew he was the guy after his performances these past two games, but when are they ever wrong?

The rest of us reserved judgement.

After seeing him come in tonight in relief, and march down the field, bringing the stoic Gillette crowd to life, it seems like a formality at this point.

Throw him lip syncing “Stacy’s Mom” on the sideline after the scoring drive (courtesy of one of the best stadium djs in the business, TJ Connelly) and that’s the cherry on top.

(Sidebar- take away that muffed handoff and this is a completely different game at the half with New England up. Let’s hope the defense wakes the fuck up in the second half and adjusts.)

P.s.- you didn’t think I’d deprive you of Rachel Hunter in her prime did you?