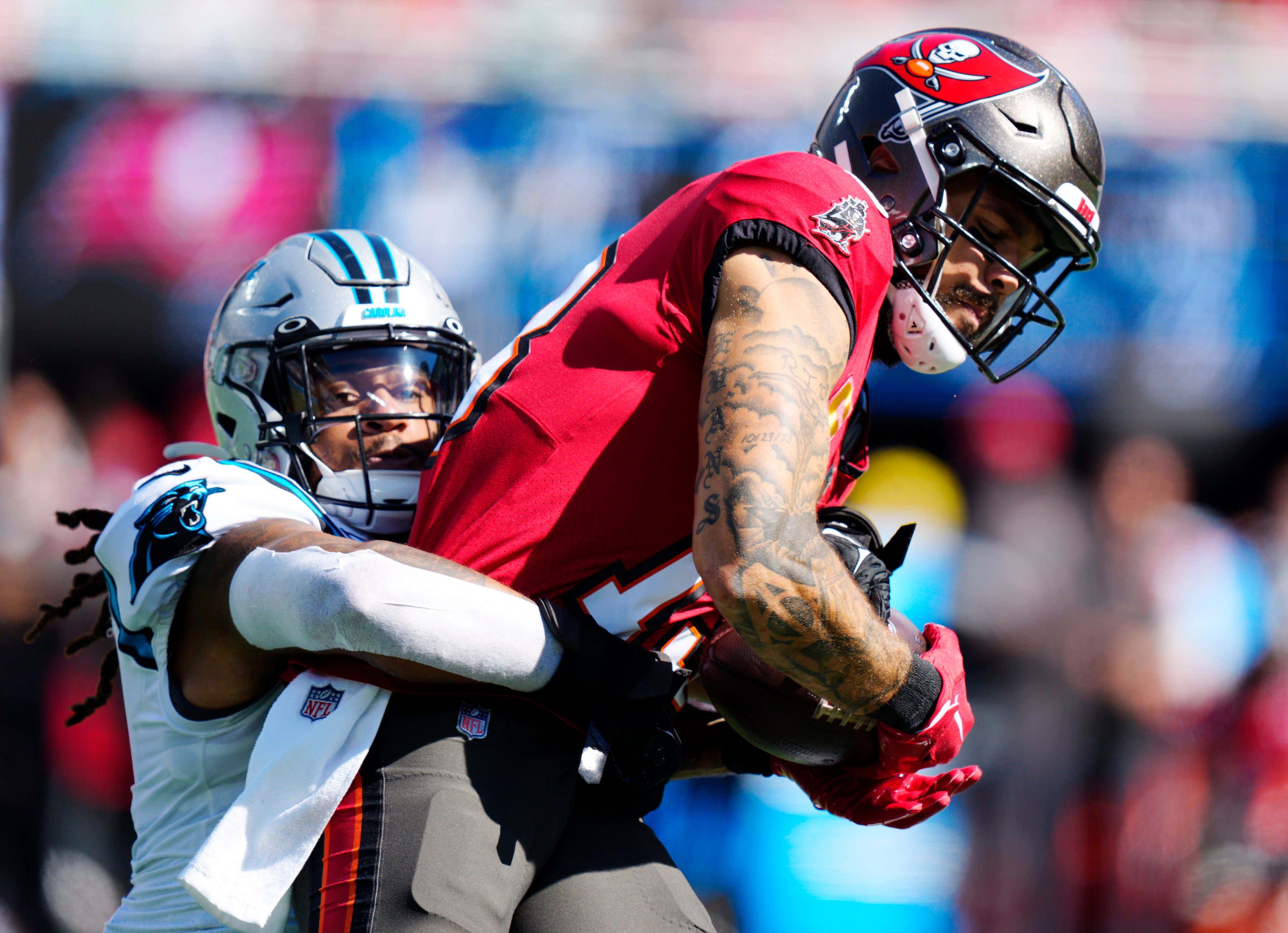 The Bucs got demolished yesterday in Carolina by the Panthers. In a game where they had literally nothing going. The Buccaneers superstar receiver finished with an ok day with 9 catches for 96 yards on 15 targets. Though he had a horrendous drop to start the game which could've jump started Tampa's offense early.

Tampa Bay proceeded to put up a paltry three points all day but a video has emerged post-game that has the NFL looking into an incident between an official from the game and Evans in which the ref runs down Evans and appears to ask for an autograph.

Evans has had a checkered history with officials, having been ejected from a game as early as Week 2 of this year.

The NFL is taking the matter from yesterday seriously and are looking into it:

The NFL is reviewing the incident involving side judge Jeff Lamberth and line judge Tripp Sutter, I’m told. The NFL-NFLRA CBA specifically says game officials “shall not… ask players, coaches or any other team personnel for autographs or memorabilia.”

The Bucs have bigger problems to worry about with a date with Baltimore on Thursday Night Football, but if this is real and the guy was asking for an autograph it's ridiculous. It's your job. I wouldn't ask Big Cat for an autograph after a stream ended. Be a professional, do your job, and act like you've been there before.