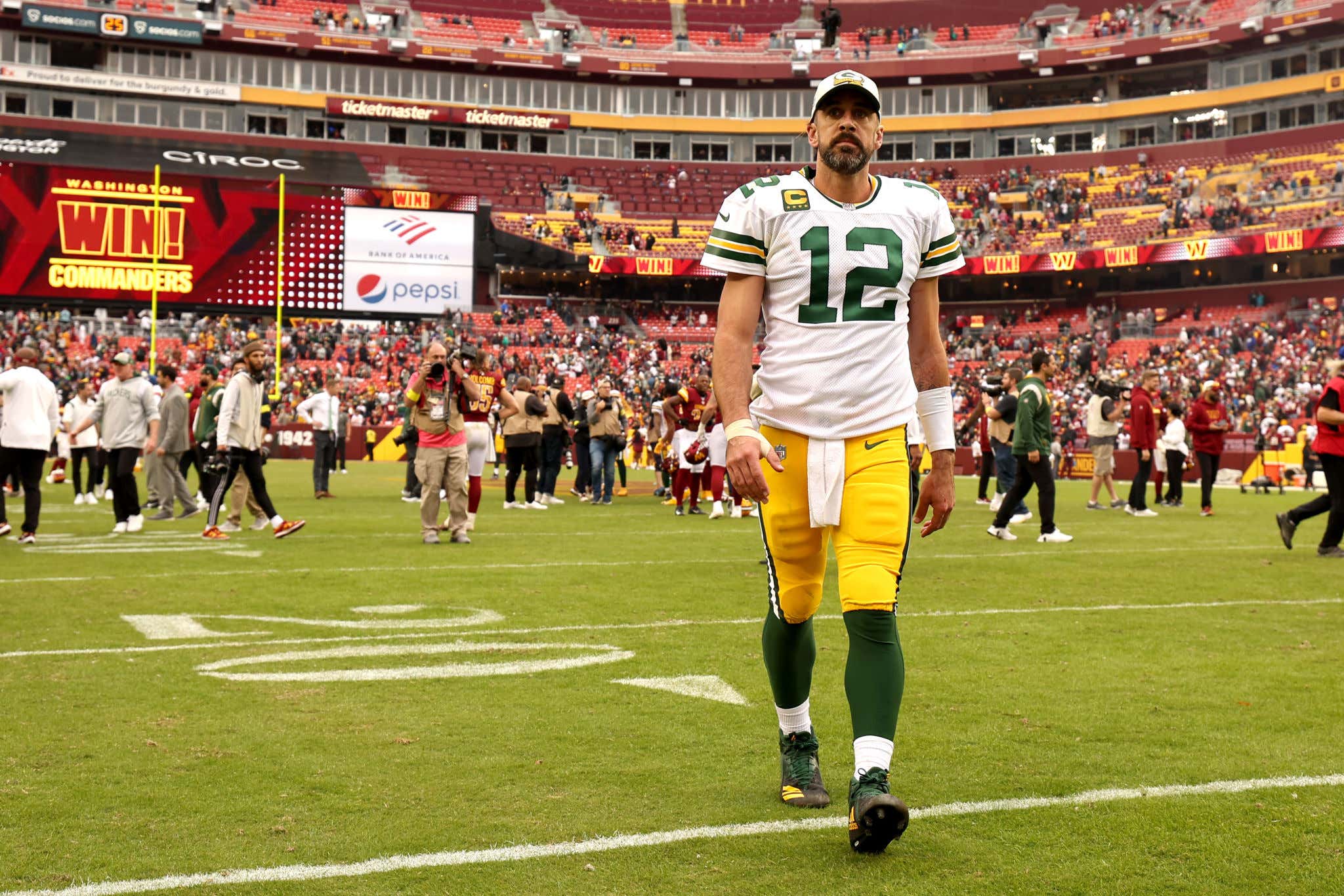 How quickly the tables have turned on Aaron Rodgers and the Green Bay Packers. Once viewed as a perennial contender in the NFC as long as 12 was under center, now are found looking at themselves in the mirror seeing a team no one fears. This upcoming Sunday night the Packers will travel to Orchard Park where they'll be 10.5 point road dogs. A first for Rodgers in his career.

In the blink of an eye they've become the trap in trap games. Other teams have to actually worry about not overlooking Aaron Rodgers and the Green Bay Packers.

Rodgers hasn't played close to his best in 2022, but my god it's crazy to look at his "weapons" and think they don't need an upgrade or two on offense. 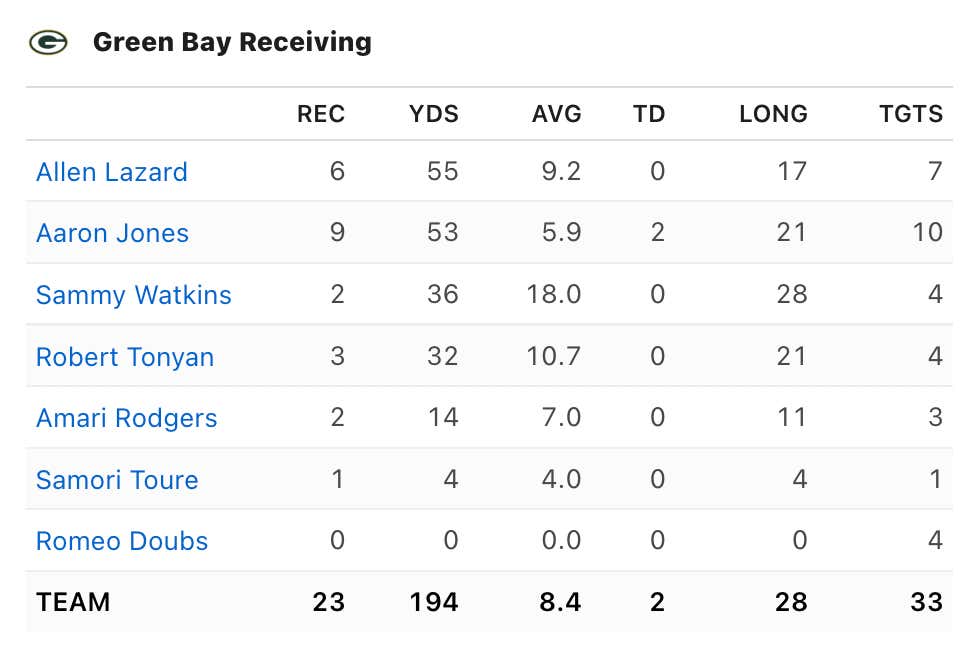 It's bleak. The running game picture is even worse with Aaron Jones and AJ Dillon combining for 38 yards on 12 carries. Not exactly sure why they abandon the running game as often as they do. Obviously losing Davante Adams was going to hurt, but I don't think anyone could have envisioned this. The Packers are in desperate need of a true WR1 to help out everyone else. Rodgers has been able to do it in the past with minimal talent around him, but this year is testing his limits as he gets older by the day. Does he need to play better in general? No question, but some legit help wouldn't hurt either.

Here's the thing though, offense isn't the only issue. The defense still isn't close to what was expected despite being loaded in theory. You don't see Jaire get beat like this often, but Terry is a star. Hell of a throw from Heinicke too, not sure what took Washington so long to go to him.

Part of it is scheme (Joe Barry is a moron) and part of it is guys just not doing their job well enough.

The offensive line has been an issue as well, forcing Rodgers to get the ball out quick to WRs who aren't skilled enough to get open in the first place. They were better as a unit yesterday, however, and the hope is with each game Bak and Jenkins get more comfortable out there. Special teams? Well, it'd be nice if Amari Rodgers could catch a punt, but that's asking too much clearly.

Gotta think if things go as bad as expected this week you start to see heads roll. There's just too much talent on this roster to be this bad, but here they are. What a bizarre start, but there is still time to turn the tides. That time is running out though/

P.S. This made me laugh