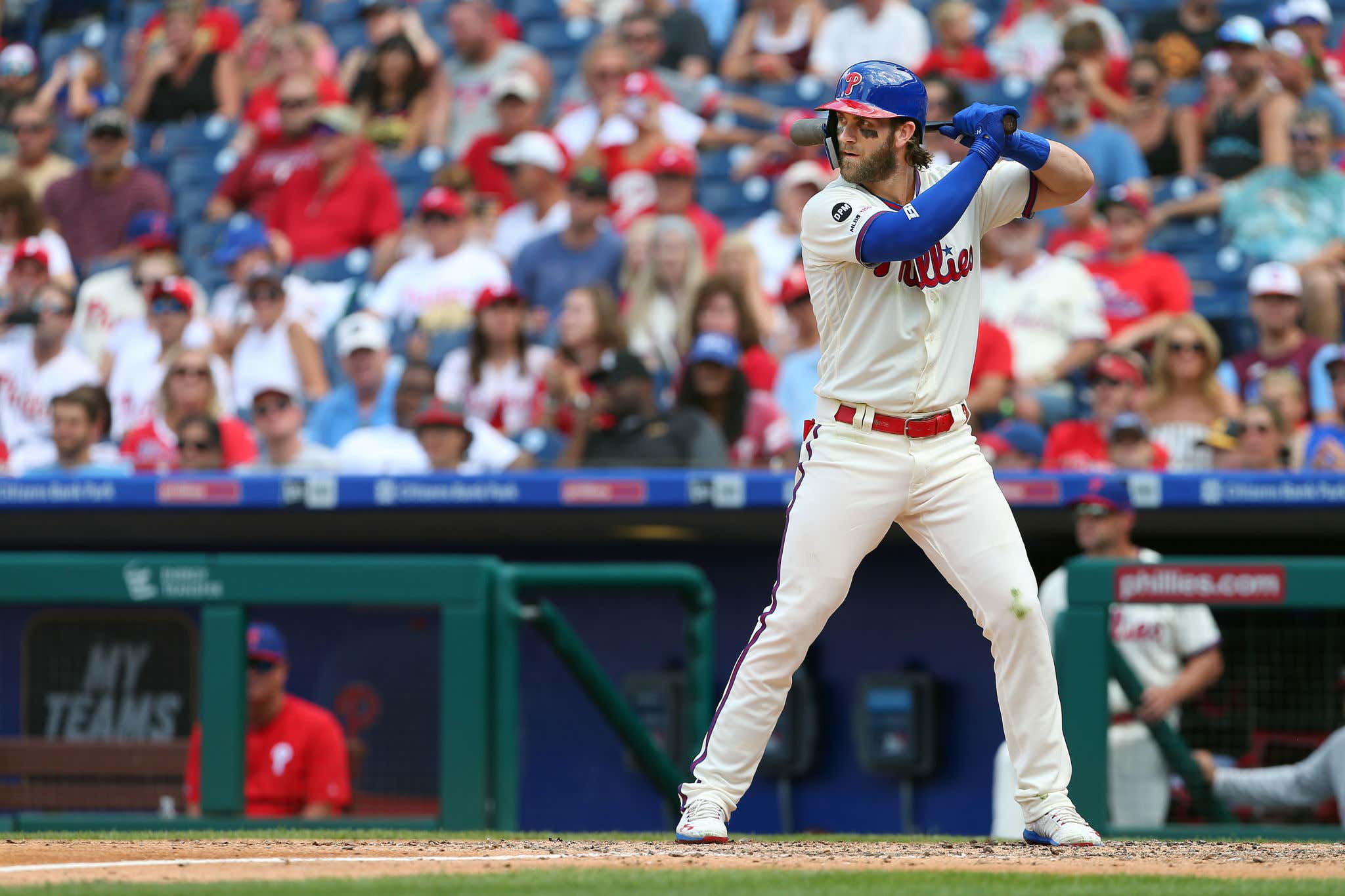 When the Phillies punched their ticket to the World Series this weekend, I was met with a fit of rage.

That's not atypical for me; my sports teams make me angry just about every day of my life. You'd think that as a 34 year old I'd grow to be more apathetic as a fan, because in the end "some things are bigger than sports" as they say, but I don't.

I just get angrier and more fed up, and I will continue to do so. That's my prerogative.

That's what happened to me today. I woke up and was immediately pissed off. For some reason, my brain circled back to this conversation Smitty and Rone had with 2022 NLCS MVP Bryce Harper prior to the kick off of the 2022 season:

And it makes me sick to my stomach.

Earlier today when I was shitting on the Yankees for being losers, I said I know what a club with roster holes galore looks like. Throughout the course of my ENTIRE adult life (the Sox won the 2005 World Series when I was a young and supple 17 year old), the White Sox have had glaring holes in their roster that they've refused to address.

Now, they said they were going to fix those holes after they traded Chris Sale in 2016. One of those holes is/was in RF. We're now on the cusp of the year 2023 and there are STILL the same holes, RF being the largest of them. The White Sox gave Bryce Harper an illegitimate offer, and since then have trotted out the following players in RF:

Ryan Cordell (who???) lead the team in plate appearances for Sox RFers in 2019. Here was his slash line:

Yuck. But okay. They were still a year away from opening their "World Series window", so whatever. Fill that void with another player, even if that player isn't the generational talent that is Bryce Harper.

Yuck again. But it was in the middle of a pandemic, sooooo I will give them a pass on a 2 out of 10 level. Still year 1 of the window, and Mazara was still really young with a lot of "promise", so maybe not an AWFUL lottery ticket to try to cash.

But… cash it they did not.

Yuck x3. Okay, it's now year 2 of the "World Series window" and they've now dumpster dived 2 years in a row. Eaton hardly made it to July before getting DFA'd. Would have been nice to have BRYCE FUCKING HARPER manning RF over these two seasons, but they had Nomar Mazara and Adam Eaton instead, but okay… let's try this again.

Let's throw this guy in RF and see what he brings:

Just kidding. Sheets, though his stick will be MLB quality moving forward, is NOT a RF, as referenced by these defensive metrics:

Sure, he wasn't SUPPOSED to play RF too much this year. That was supposed to be AJ Pollock, who also had a really shitty year, but roster construction/injuries forced him to LF and CF for a lot of the year. That's not a fault of Sheets' own. It's a fault of the owner for not ponying up for the generational talent that was sitting on his face in the winter of 2018/19 or anyone else that is an actual RF that shits on the ball too.

IT MAKES WHITE SOX FANS SICK. Since then, not only has Harper punched his ticket to the World Series, but put up these regular season numbers:

That kind of production is too costly for Jerry Reinsdorf though. He'd rather dumpster dive on flyers and over the hill players or throw 1B into the outfield that cost $710,000 instead of the generational talent that's punching his ticket to the HoF as we speak.

Harper is a guy that's worth EVERY SINGLE CENT.

Not to Jerry Reinsdorf though.  And it's not necessarily that the White Sox didn't even sign Harper; that part I'd like to make clear. Yes, he was a BEYOND perfect fit, but there are other studs they could have pushed their chips to the middle on as well, but haven't, and the fanbase has every single right to assume it won't happen again this winter. They no longer get the benefit of the doubt. I assume that's why Hahn said they won't just be able to "throw money at the problem" this winter and I assume that's why they canceled Soxfest - because they know how fucking furious the fanbase is and don't want to face the fire.

Round and round we go. Can't wait for the RF platoon that will inevitably STINK next year, while another year of the "World Series window" is burnt to a crisp.