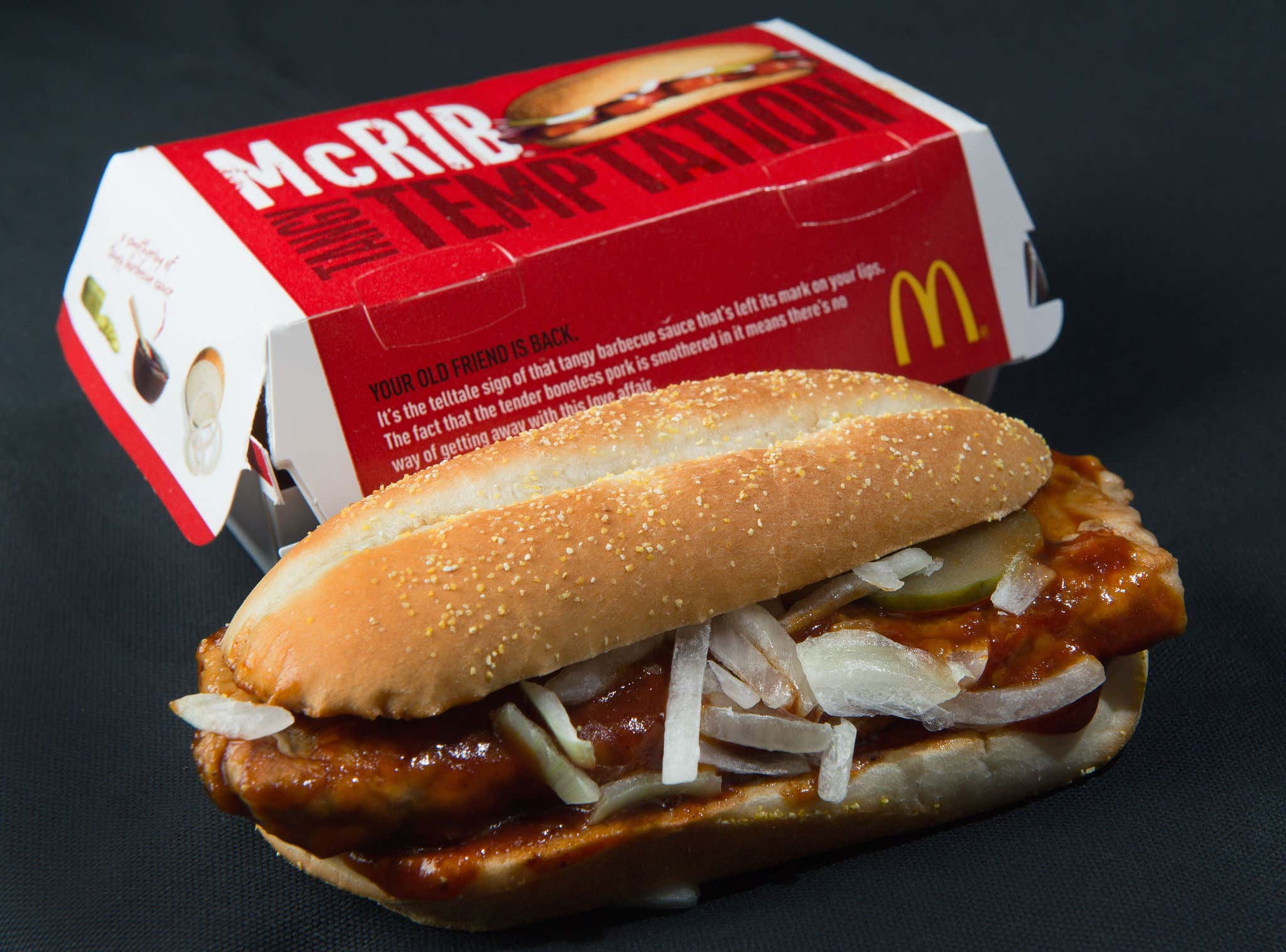 McDonald's announced that the McRib is back in stores starting this week. This will be another limited engagement for this wonderful sandwich as the restaurant said it will only be offered until November 20th. I adore the McRib and have little issue with that news. The problem is they are calling it a "farewell tour".

I'm a pretty picky eater so there are few things worse than having something I like no longer being available. There was a great snack mix in the 80's and early 90's called Doo Dads that were fantastic. One day, you just couldn't find them in stores. It's been over 25 years. I miss Doo Dads so much. I know other people feel the same way about Fruitopia. At least with the McRib, it would come back for a month every year or so. I'd eat like eight or ten over the month, get kind of sick of them and then get excited a year later when they came back out again. It was a perfectly fine situation.

So why is McDonald's killing this sandwich off? Is this just a publicity stunt so idiots like me will write about this BBQ-flavored delight? I'm guessing that's the strategy. It must be hard to constantly think of new reasons to keep bringing the McRib back. It's been around a long time but it got it's most attention nationally when The Flintstones movie came out in 1994. Enjoy this ad with Rosie O'Donnell as Betty Rubble.

Maybe McDonald's is serious about this being the end. I guess the big reason for the constant limited runs is pork prices keep rising. They could be tired of trying to play that game. They also keep saying they committing to a healthier menu. For all the McRib's wonderful qualities, healthy is not one of them. Having said that, I think this "Farewell Tour" is total bullshit. In fact, they already tried this McRib farewell tour stunt in 2005. It was back in a couple of years.

The McRib shouldn't be so good. It has a wildly inaccurate name. It's just pork, onions, pickles and BBQ sauce. The BBQ sauce isn't even the kind of BBQ sauce I typically like. But if you put those ingredients together, you get fast food perfection. I just hope future generations can enjoy it as well.