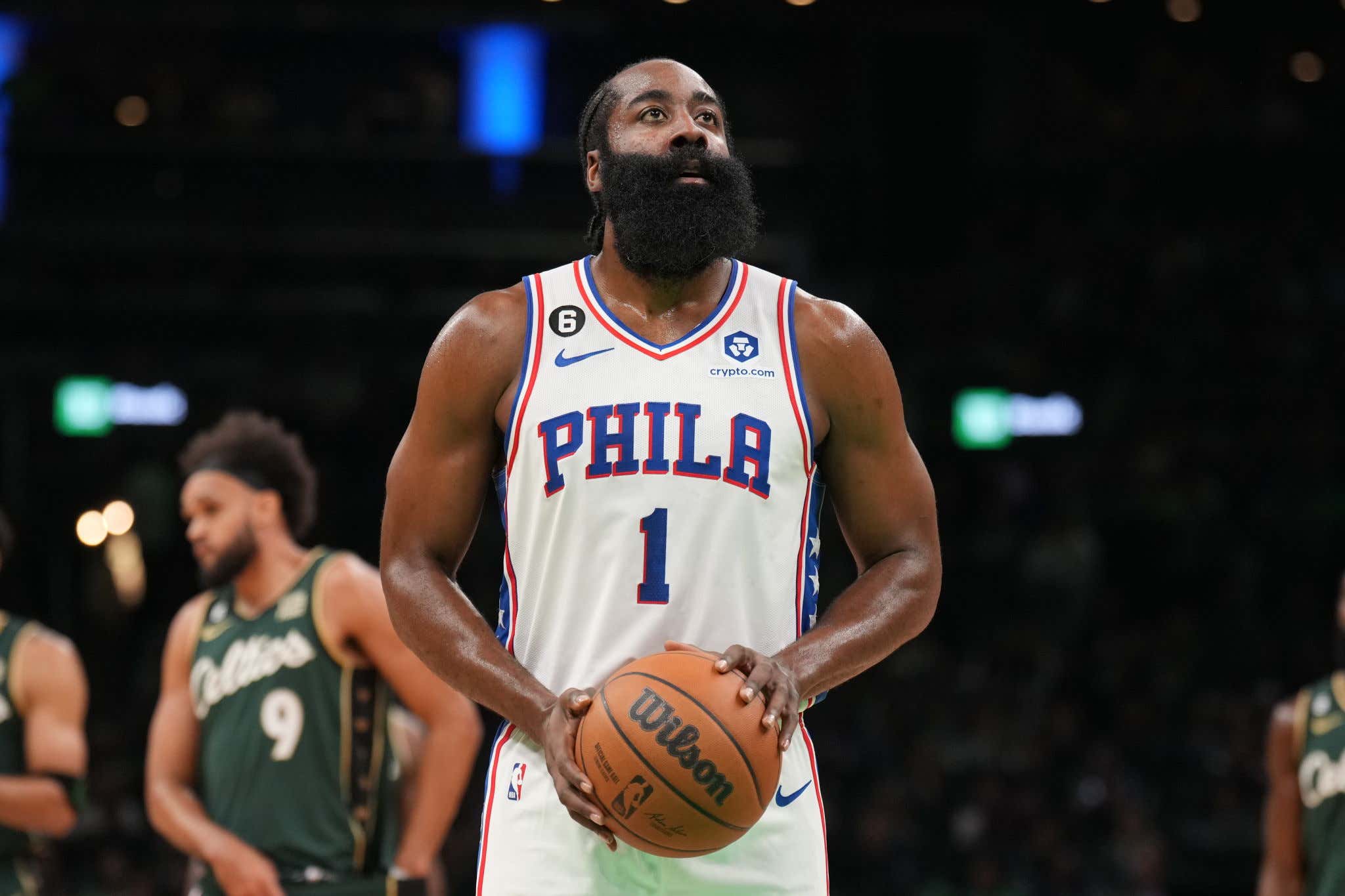 Of all the plays we saw in the Celts/Sixers season opener, there was nothing quite like James Harden's Shimmy Airball. In fact, I don't think I've ever seen anything like it. Especially not with an elite offensive talent like Harden. It was incredible

Did Smart also pull off an epic flop? It's hard to say. But what was clear was that Harden was going for another Wesley Johnson moment

only this time, he wasn't even close. That's tough. He did look good in the game though despite the loss, so I guess there's that!

The second that play ended, we all knew what was coming. It doesn't get more perfect for a Shaqtin-A-Fool moment than this and let me tell you, TNT did not disappoint

It's impossible to not love Shaqtin-A-Fool. It always delivers. This segment really wouldn't work with anyone other than the Inside The NBA crew and that's why it's so perfect. We've seen Sportscenter's Not Top 10, but that stinks compared to this. The fact that this is how we're kicking off the season has me very excited for what's to come over the next 7 months. We're only 3 days in!

How they used Smart's slide was fantastic. The inclusion of DJ Shaq, Chuck being the bus driver with KD, it was all perfect. Nobody trolls like the Inside The NBA graphics team

and the first Shaqtin of the season could not have been better. To me, this is how you truly know that NBA basketball is back.

On a serious note, James Harden does look like he's finally healthy and in shape. He had another monster night offensively last night where he essentially had to put the Sixers on his back. Sadly, they lost to another elite Eastern Conference team who was missing a key starter, and now sit at 0-2. Meanwhile, Joel Embiid looks awful and is already dodging the media

He's yet to have a game this year with more assists than turnovers. He's still struggling to read double teams like it's 2018. First, it was Brett Brown's fault. Then it was Ben Simmons' fault. Then it was Doc Rivers' fault. Then it was the Sixers had no help for Embiid. My question is, when does the focus actually shift to Joel? All that crying about the MVP last year only to lose in the 2nd round again, then you start this year being put in jail by Noah Vonleh and Brook Lopez? Then once that happens, you can't face the music? It almost makes you think something is going on in Embiid's life because I can't ever remember him dodging the media just because he played shitty.

The good news is the Sixers have SA/IND up next so this isn't a Lakers situation where their record is going to get out of hand quickly. They're cooked. There's obviously plenty of time in the year to right the ship, but nothing is going to change if this is the version of Embiid that they are going to get. It's not just about beating up on the shitty teams either though. If the Sixers want to contend, their best player is actually going to have to show up against real teams. So far, that hasn't happened.