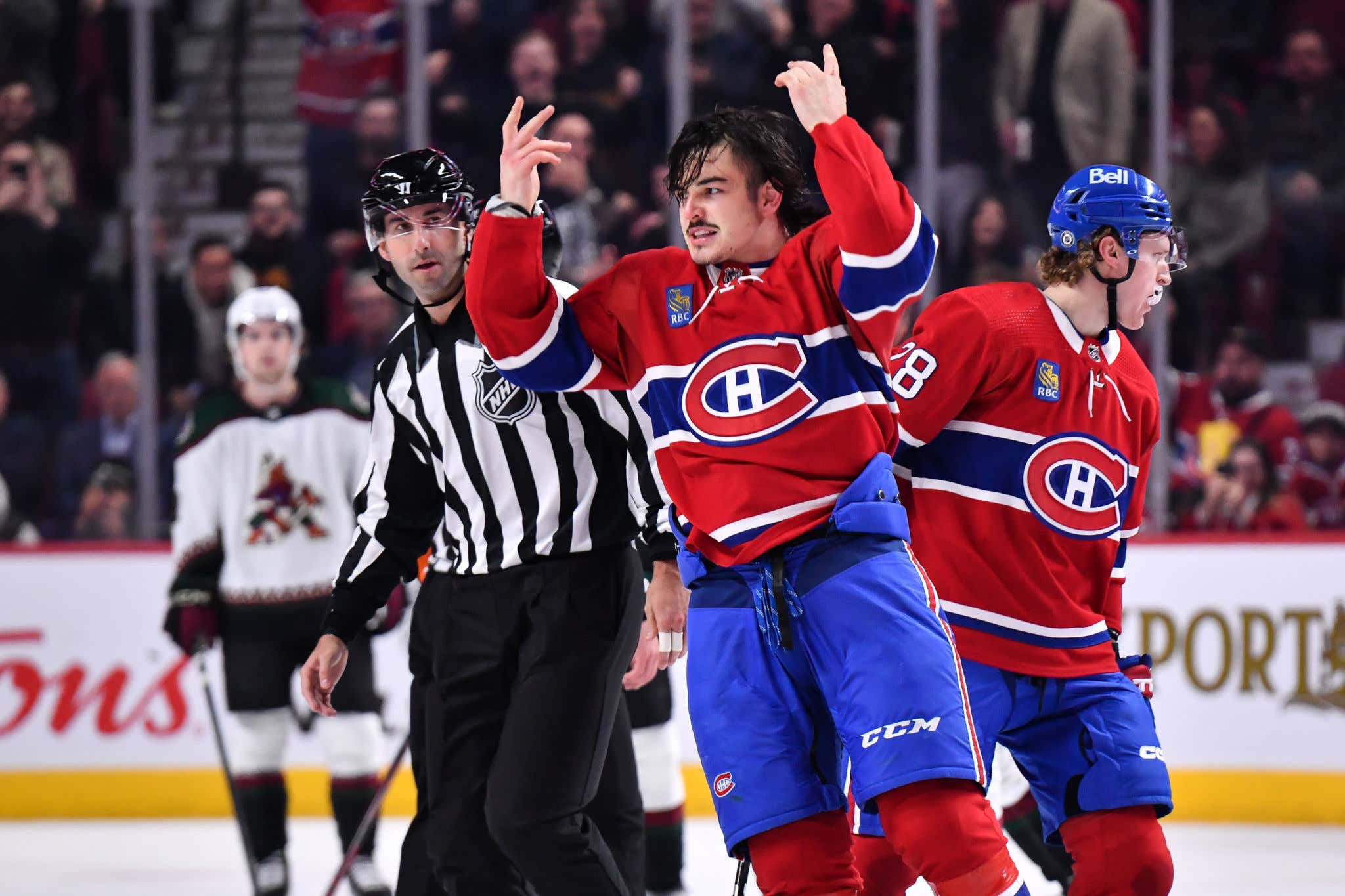 Arber Xhekaj. The Prince who was promised. The future leader of enforcers all across the globe. A 21-year-old undrafted free agent who has been beating the brakes off of anybody who dares to look in his direction so far this year.

The first time this year we saw Xhekaj, known as "WiFi" in Montreal's locker room for the seemingly random letters that make up his last name like a default WiFi network name, he was knocking out fellow rookies in preseason games trying to establish a role for himself on this Canadiens team. Well he made the roster, and those preseason fights weren't just for show. Because just 5 games into his NHL career, he already knocked a heavyweight name off his list.

Zack Kassian may not be in the same class as Reaves or Wilson or Marcus Foligno. But he's still a total mutant out there who most rookies would try to avoid like the plague. In fact, most rookies aren't coming into the league looking to fight anybody at all. The way the game is going, you get these 19-year-old kids out there making their NHL debuts and then they're pulling the "Michigan" about 5 shifts later. It's all skill, it's all flash, but they're all little puppies.

WiFi is a big dog, and the big dog's gotta eat.

This is a kid who, unlike his peers, wasn't spending every waking moment watching YouTube clips of Pavel Datsyuk and Patrick Kane growing up. He was watching Tie Domi and Derek Boogaard scraps on HockeyFights.com. The kid loves to chuck the knucks. And here's the thing…

It only takes one. Arber Xhekaj is going to be beating the shit out of dudes in this league for a long time. Eventually, teams are going to get sick of this guy sending all their players to the shadow realm and they'll need to sign an enforcer of their own. Then it's a snowball effect from there. A new generation of enforcers, all thanks to WiFi. Legend.

And speaking of rookies in Montreal…let's talk about 2022 1st overall pick Juraj Slafkovsky scoring the first goal of his NHL career last night.

The goal itself was a nice shot. But immediately going from scoring the biggest goal of your life to talking so much shit to your opponent? That's how I know I'm going to love this kid. He's big. He's skilled. And he's a total shithead. Slafkovsky was the right choice for 1st overall.

And since we're already on this Montreal game last night, it would be a crime to not throw this Nick Suzuki penalty shot goal in the blog. What a filthy, filthy dog.

I know the Coyotes are a glorified ECHL team, but the Canadiens are going to be nasty in the very near future if what we saw last night is any indication. Heavy hands with Xhekaj, lightning hands with Slafkovsky, and silky smooth hands with Captain Nick. They've got it all.