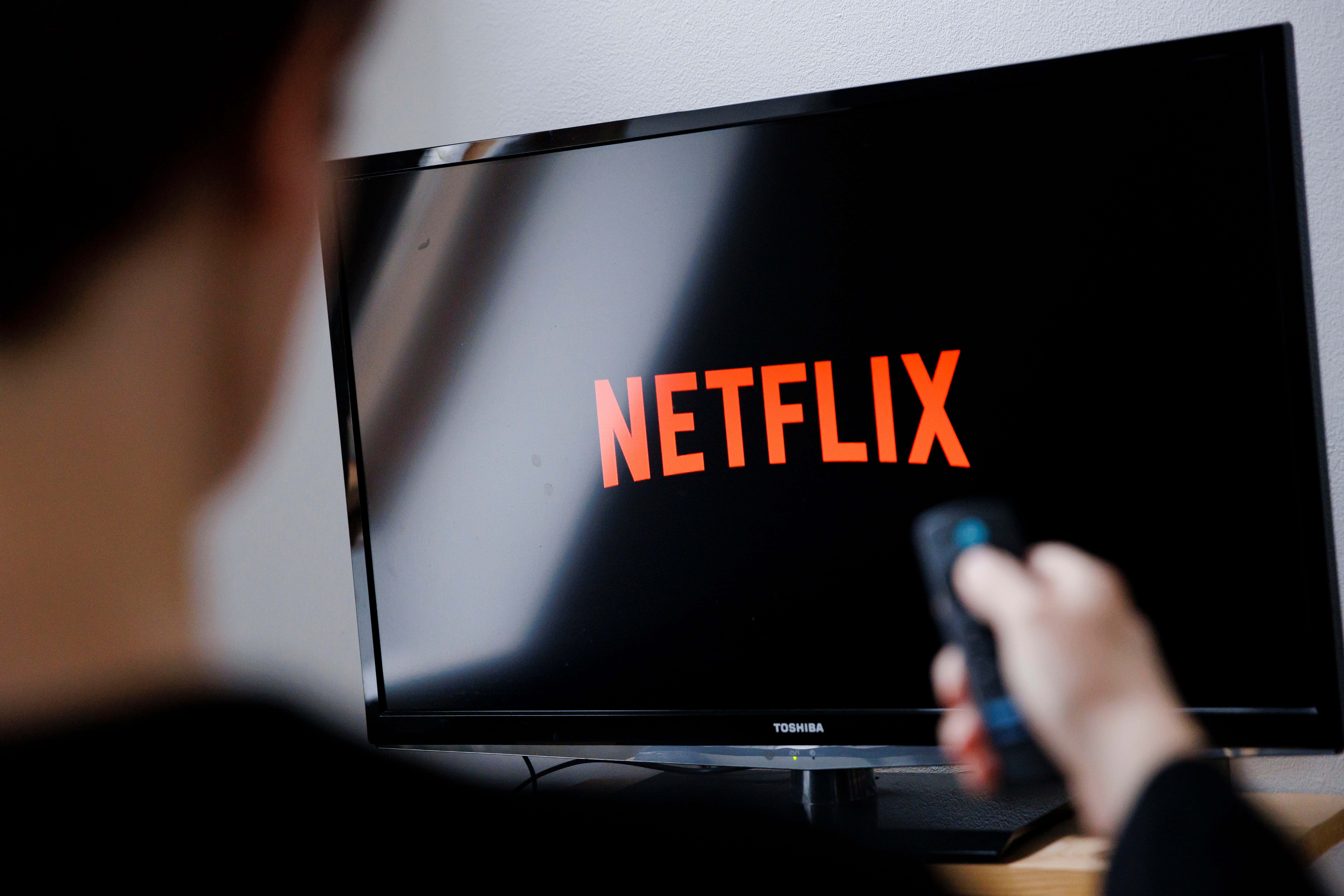 (Source)- We all knew it was coming. The next phase of Netflix's months-long crackdown on password sharing — which itself follows the company's first quarterly subscriber loss in a decade — is soon upon us. The company announced during its quarterly earnings call on Tuesday that it will charge customers an added monthly fee to people who share their login credentials beginning in early 2023.

I don't have the slightest clue how it's taken Netflix until 2022 to do this!!! It sucks for the freeloading consumer, sure, but it's almost the most obvious business decision ever and has been since like… Netflix became a thing.

Just take a look at their stock though: 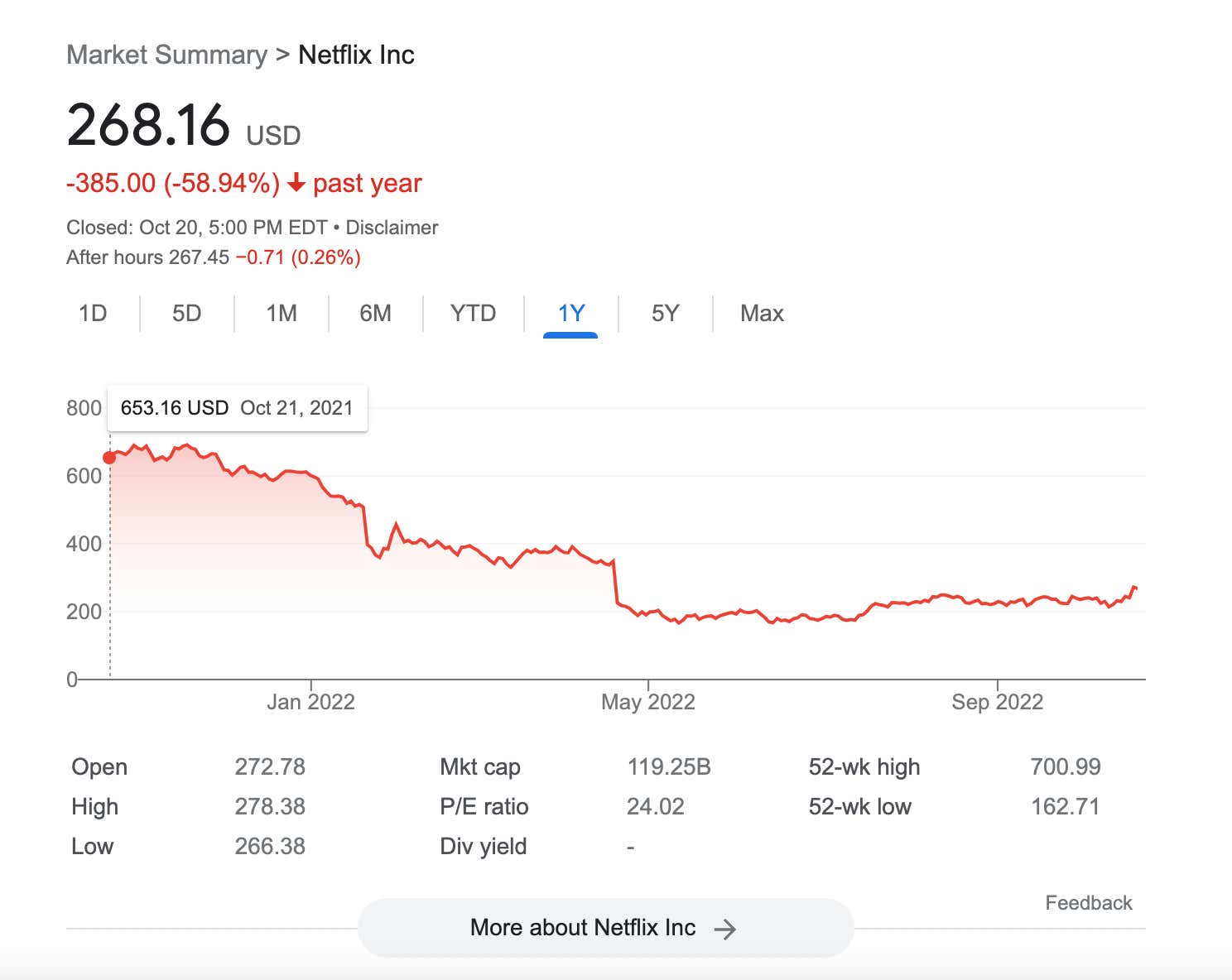 …only down a cool ~60% over the last year. I'm not gonna act like I know the first thing about stocks or money (other than how to spend it poorly) but 60%?

Two things on that though:

- They had a MASS influx of new subscribers during the pandemic. Obviously that made their stock boom: 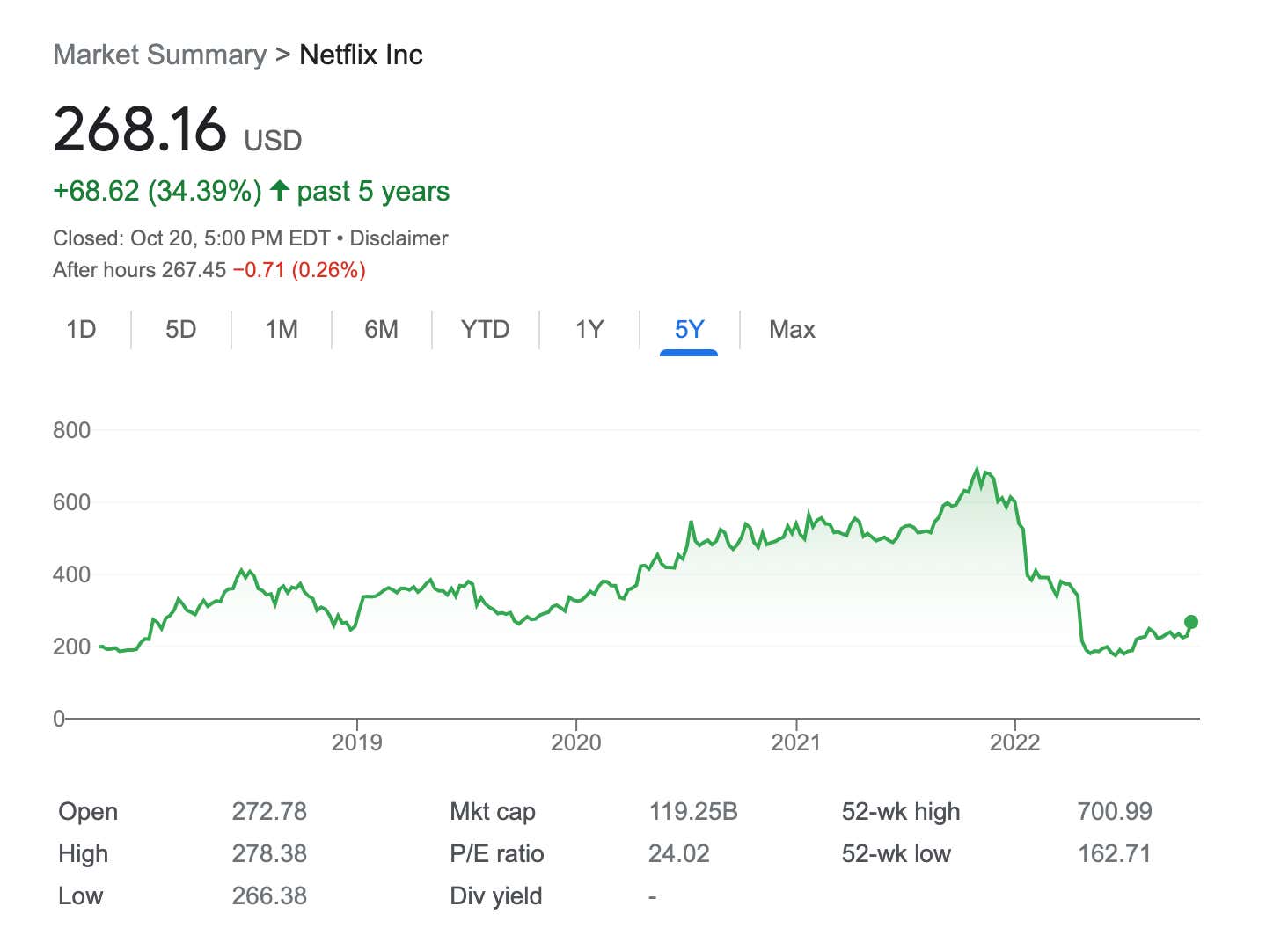 But that wasn't because they became some awesome company to gamble on overnight. It was because people were stuck in their houses and needed shit to do. They turned to Netflix for that shit to do.

- The stock market is down across the board, as I said. I think. Refer back to my point about not knowing shit about stocks. 60% is just a damn WHOPPER.  Ain't great. Not even in a time when all stocks are being flushed down the toilet.

In the end I can't believe it's taking them this long to do this. Having your ex's Netflix password has become a joke the entire world has been in on for years now. Pretty sure only like a few 100 people even have their own Netflix accounts. Ironically enough, I'm one of them. I have to boot my asshole brother off my account every time I use it just about, so I say good on Netflix. That mooch can get his own account.

PS - still the best doc in the game: