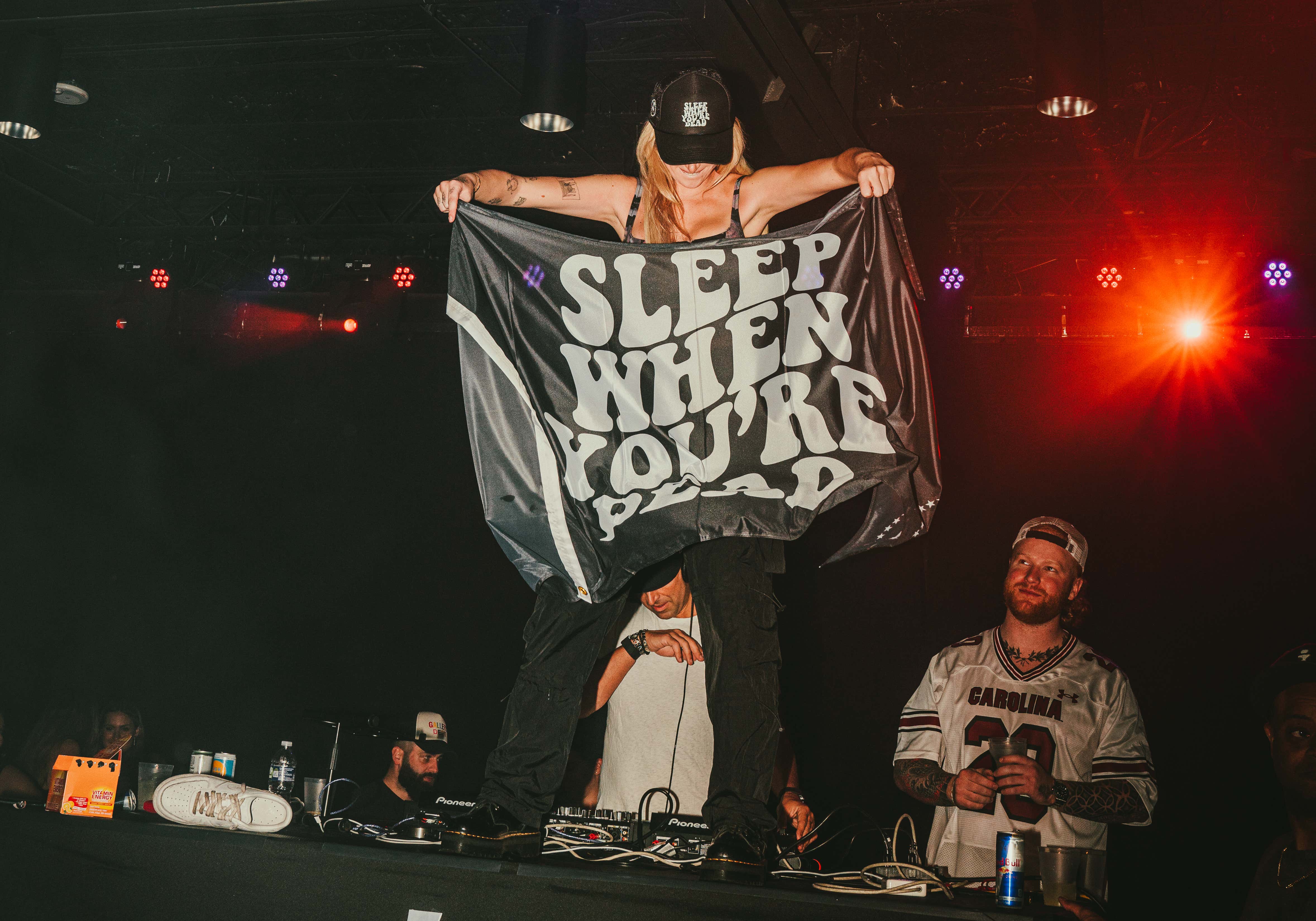 Asher Roth, the king of college, once asked the question; “Do I really have to graduate or can I just stay here for the rest of my life.” Well, Brianna took that pondering thought and turned it into a college student's dream come true.

Snowballing off the legacy of both Barstool’s Blackout Tour and Dixie Tour she created the ultimate dream job, throwing parties for a living.

In the past year, Brianna and I have traveled to roughly around 20 schools soiling the minds of this great nation’s youth with our “Sleep When You’re Dead” ideologies. 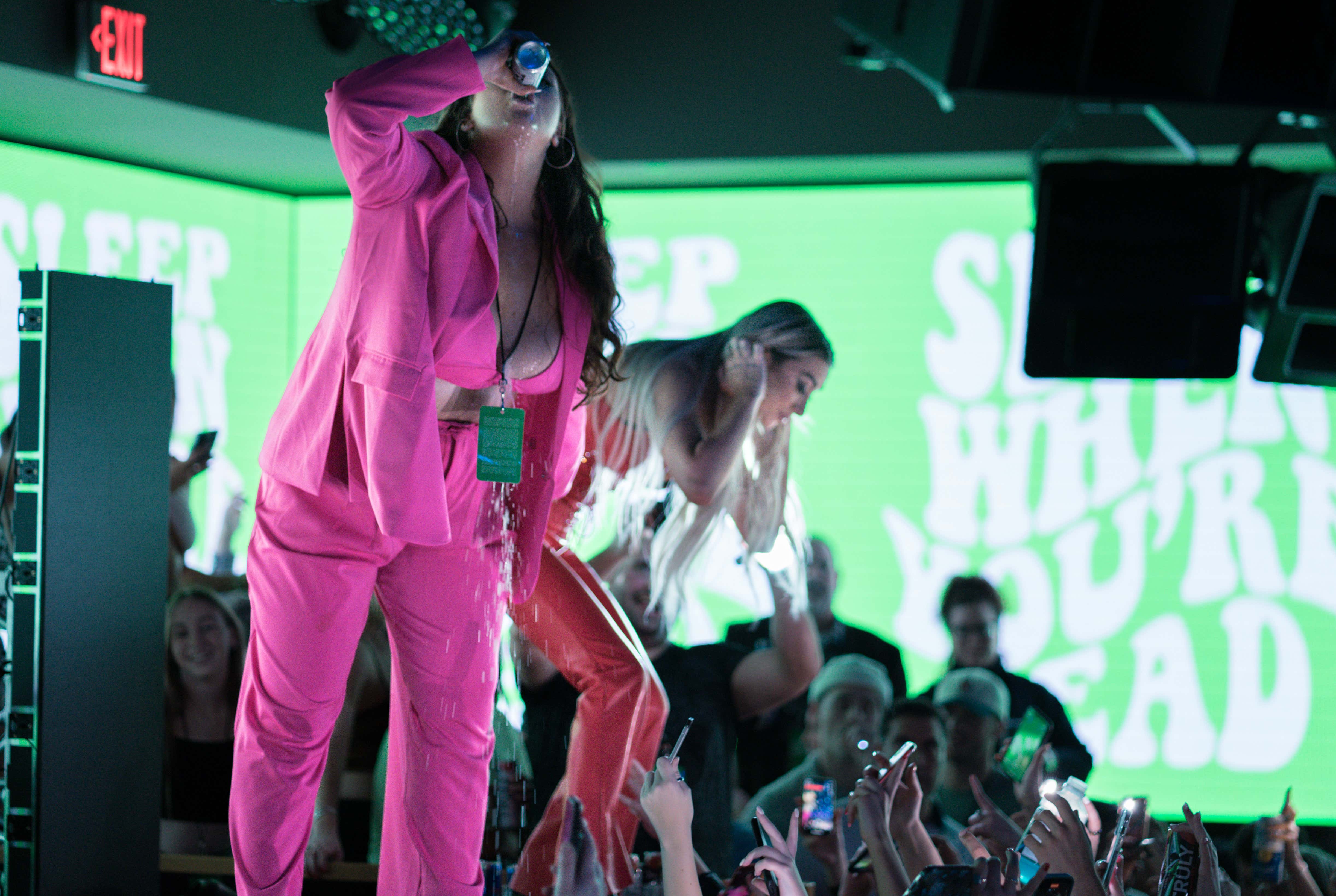 The first stop was a year ago at Penn State and Brianna wasn't sure if anyone would show up. I tagged along as a supportive pal and we went 30 minutes before the event to set up. When we got there, there was a sea of college girls waiting three blocks deep. I stepped up to sell merch pro bono and Brianna met and greeted roughly 300 girls much like Bono. 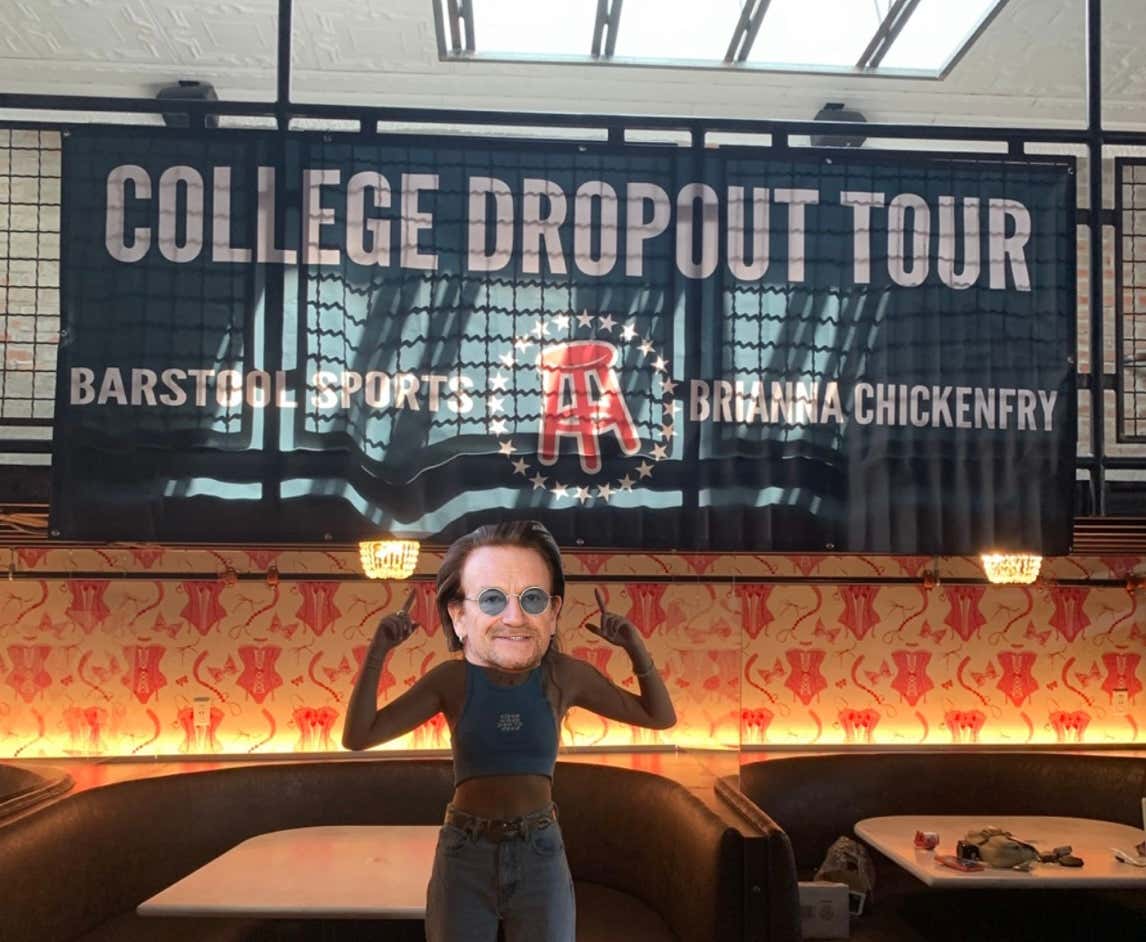 Fast forward a year later, the two of us had our faces plastered on the side of a tour bus. 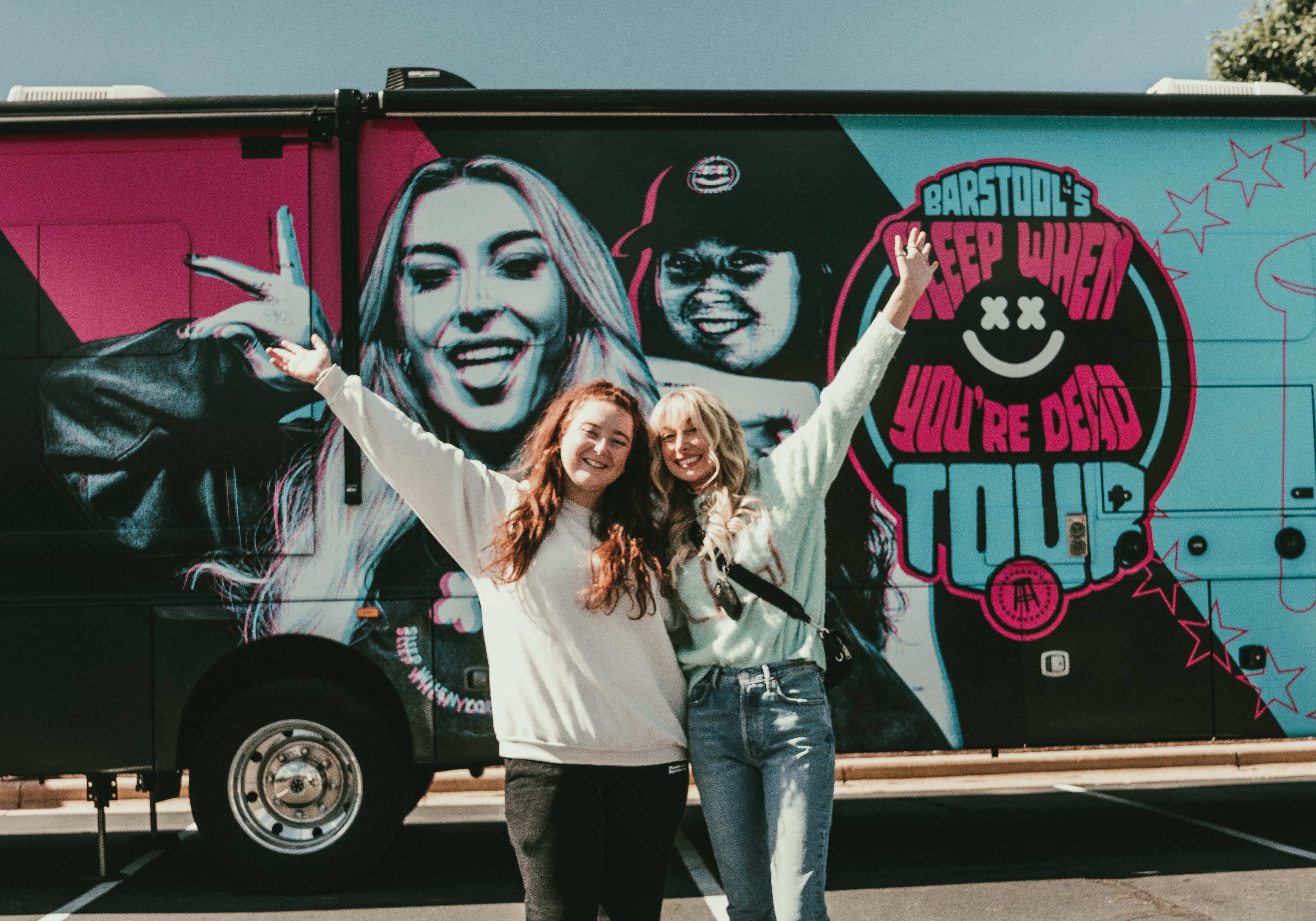 We went into this third installment of the tour thinking it would be our last, but we’re addicted to the game man.

We figured if this WAS our last tour, we wanted to end it with a bang. So, we called in reinforcements and made TikTok sensation Josh Richards and TikTok (make you feel an itchy) sensation Bryce Hall to join us on our finale. 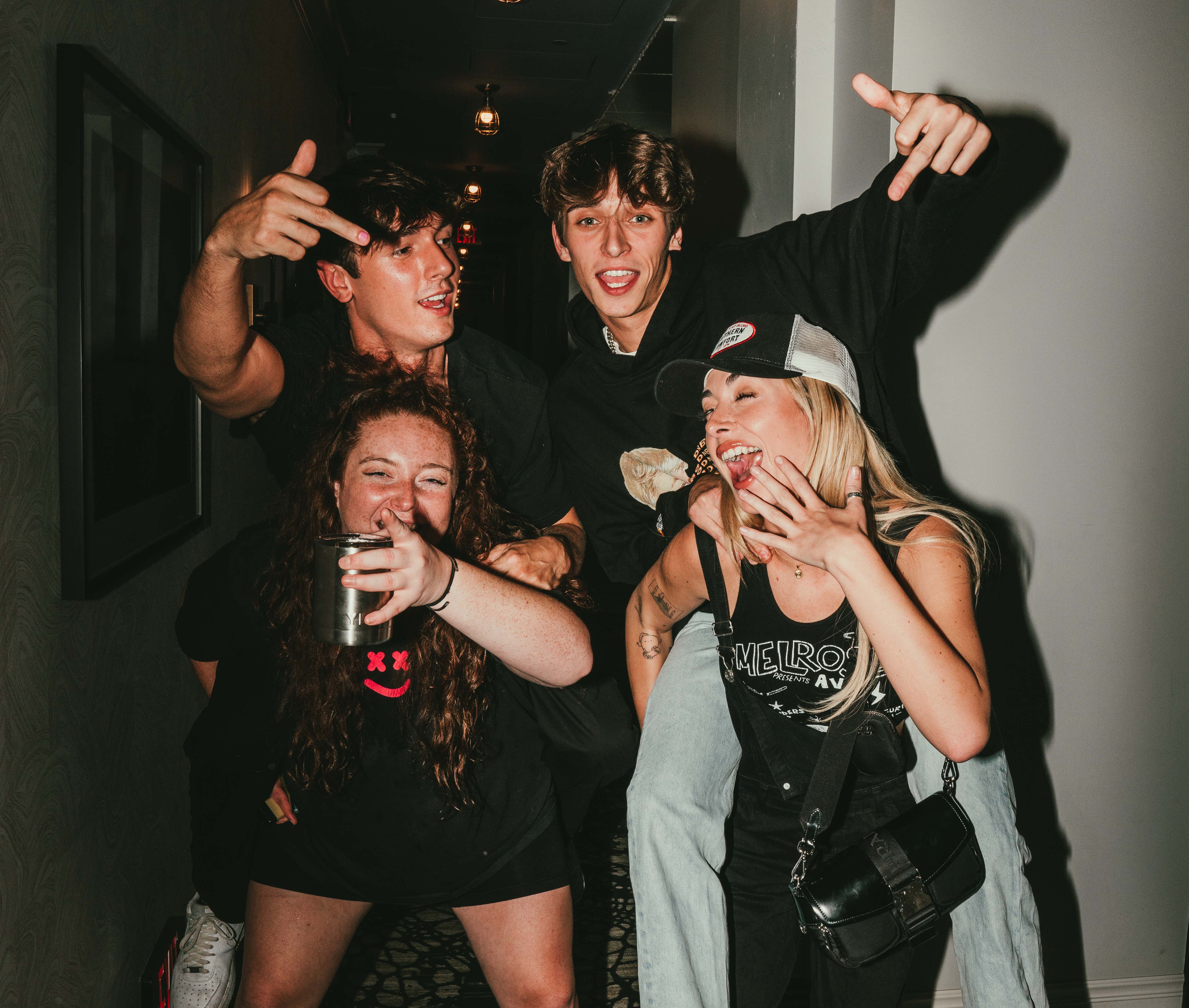 The night before the fellas arrived, we put our remaining brain cells together and tried to come up with a solid vlog idea to do with these teen heartthrobs. We wanted to show these highschool dropouts a good ole fashion college time, so we started to think about things we did in college that we wish we could do again. Then Brianna remembered that one time, she and her college buddies threw a shotgun wedding in their backyard.

And thus, this beauty was born…

Thank you to everyone who came out and everyone who made this whole thing possible. Run it back in the spring?

sleep when your dead+ 4 Tags 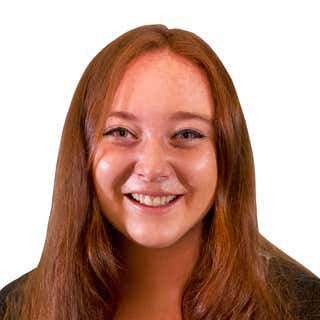