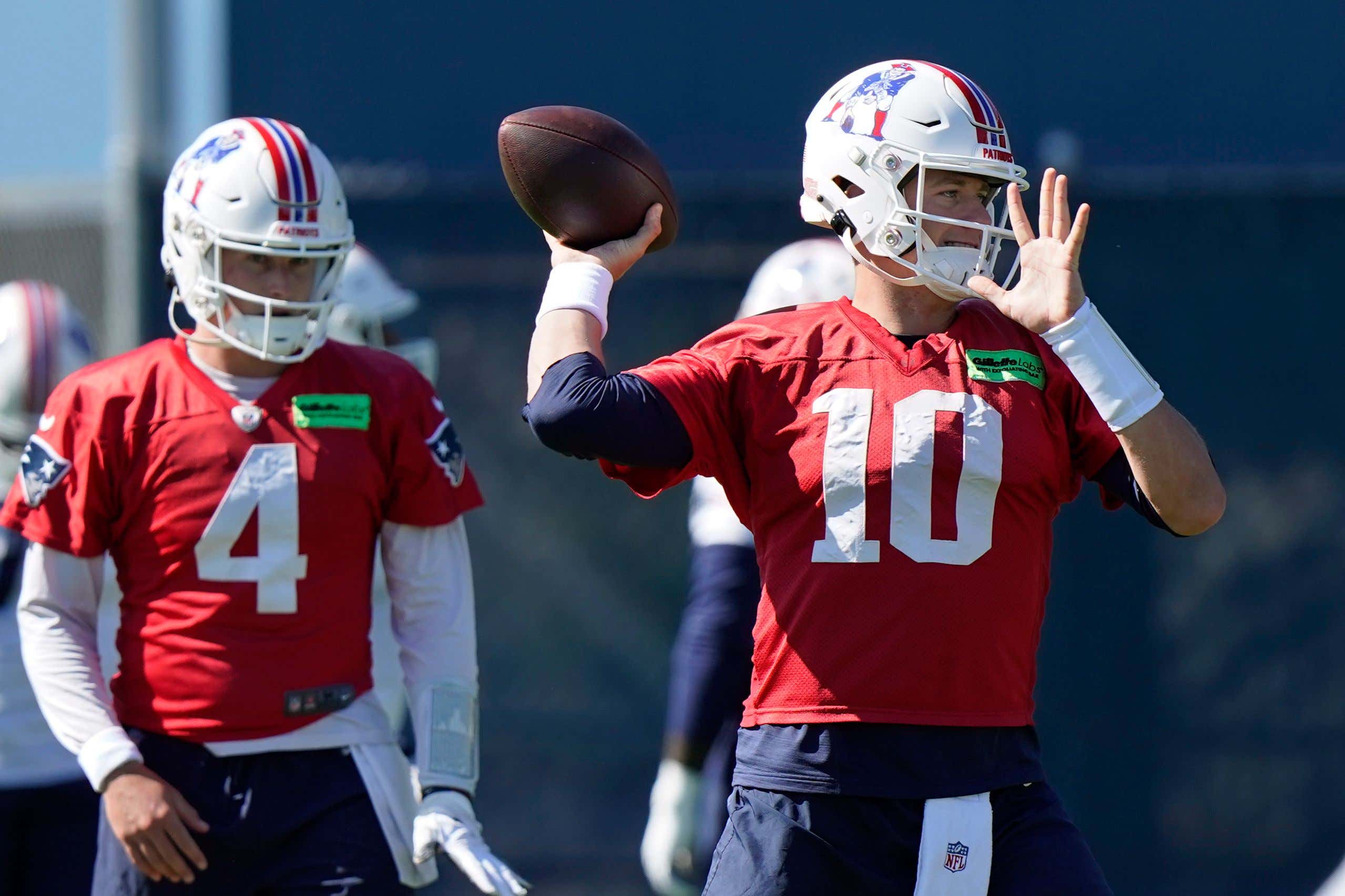 Well that was fun while it lasted. But our long, national nightmare turned out to be short, regional, and barely more than a daydream thought up by a few imbeciles with the numbers for the Boston sports stations in their contacts list. Because the pleasant surprise that was the Bailey Zappe Era appears to be officially over.

And so a situation that looked like the worst of worst case scenarios three weeks ago:

… turns, in typical Bill Belichick fashion, into a positive. Mac Jones looked like he might be done for the season. Or at the very least might need a couple of months to get back on the field. Instead, he demonstrated Wolverine-like healing powers and missed just three games. Games in which the Patriots went 2-1. And were it not for their inability to move the chains at midfield in Green Bay, could've gone 3-0.

Even better, they discovered they have a backup they can count on. Like a smoke detector or a spare tire, a QB2 is that thing you hope never to need, but can't live without. And you never can tell for sure what you have until he's tested under live fire. Try as you might, it's damned near impossible to gauge what a signal caller will respond to a real game from practices and even preseason. Those are basically flight simulators, and can't tell you how good your pilot is going to do if a bird strike causes catastrophic engine failure. Bailey Zappe proved to the world he's Sully frigging Sullenberger, landing safely in the river and saving all souls on board:

That passer rating is the highest in the league among all quarterbacks. And would be even higher if Nelson Agholor didn't flip a pass that hit him right in the hands up into the air and into a defender's arms. Considering how quickly he was pressed into duty from the bottom of the QB depth chart to starting duty, it's impossible not to get all tingly in your bathing suit area imagining what he'll be once he gets a full year in this system.

These last few weeks have also been a great boost for the much-maligned Patriots college scouting department. They not only found treasure buried in the fourth round out of Western Kentucky, Zappe makes seven quarterbacks in the league who were brought into the league by GM Bill (these two, Brian Hoyer, Tom Brady, Jimmy Garoppolo, Jacoby Brissett and Jarrett Stidham). I don't know the numbers, but there's no chance any other team comes close.

But to me, the biggest positive to come out of this entire, blessedly short situation of the last three weeks is what it's done for the offensive coaching staff everyone has feared and loathed. They've used the start by Hoyer and the two by Zappe to figure out the IKEA instructions for putting this scheme together. Gone are the reliance on wide zone runs, boot action and heavy reliance on motions to give "the illusion of complexity." And back is the system they ran with Brady, Matt Cassell, Jimmy G and Brissett. And won with. And that produced 67 points the last two weeks.

Zappe's starts were laboratory experiments that determined what works and what doesn't. After bearing the brunt of all that experimentation all summer, Jones gets to go back to doing what he did so well as a rookie. Only now it's with Matt Patricia and Joe Judge having a better feel for how to get the best out of him.

That potential disaster back in Week 3 has become a win/win/win scenario. The only losers are the people who were pushing the "controversy." And the rest of the NFL, beginning with the Bears Monday Night. All is right with the world again.