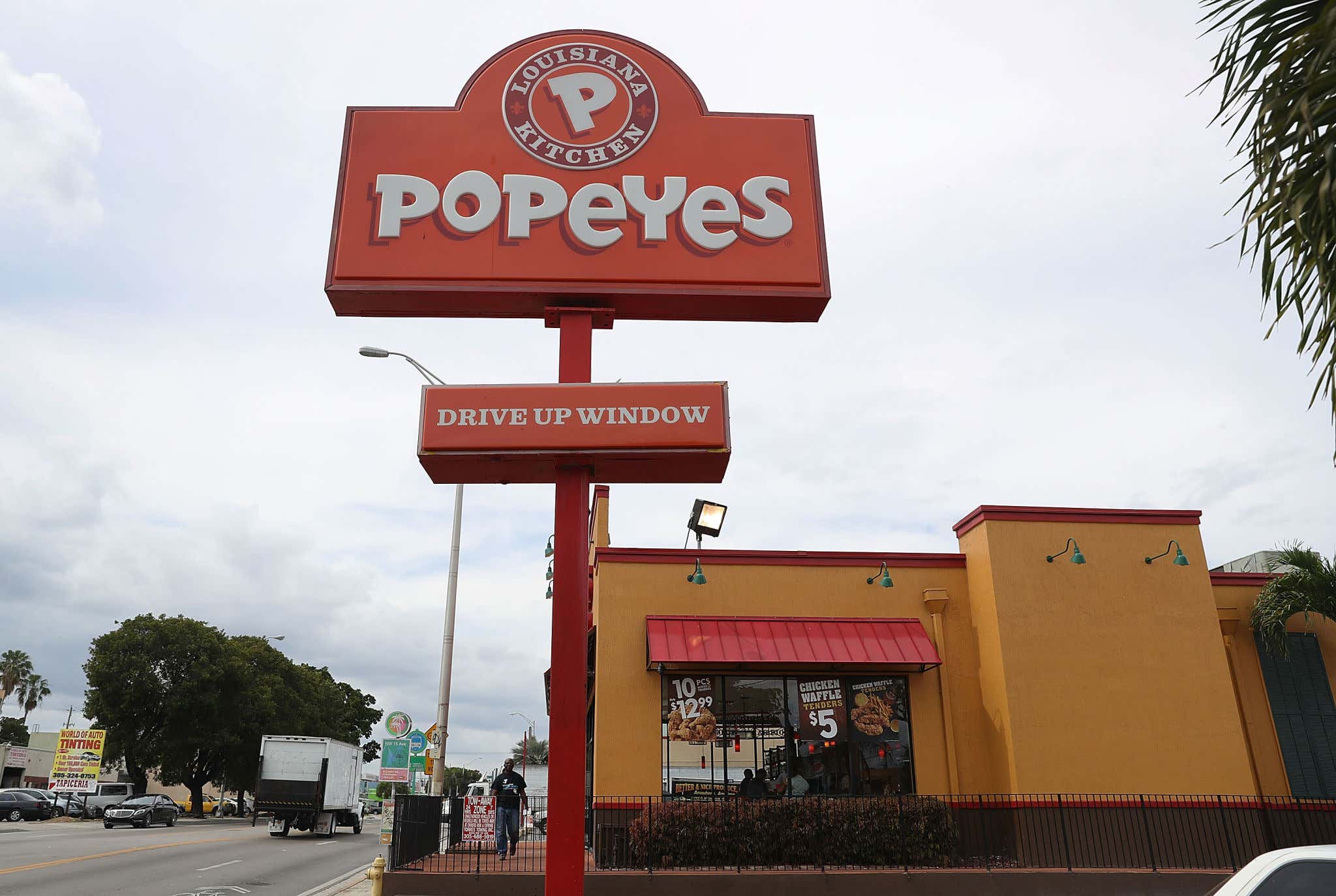 NYPost - For the first time ever, many Americans will soon be able to order Popeyes’ annual Cajun-Style Turkey for delivery in honor of Thanksgiving 2022. Shipping out on Monday, Oct. 24, according to a news release FOX Business obtained from a Popeyes representative.

Online pre-orders can be made on Popeyes’ special website – thecajunfix.popeyes.com – which is open to residents in the U.S. who aren’t living in Hawaii or Alaska. Popeyes says doorstep deliveries will take one to three days once dispatched.

First off, never judge how someone else spends their holiday. I was lucky enough to be taught that at a young age when my dad drove a teammate home from basketball practice. He was from a less well off area than we lived. The kid was like 10 years old, and my dad asked what his plans were for Thanksgiving in a few days, the kid responded "We usually go to Hometown Buffet with my family. The whole family goes." When we dropped him off then my brothers and I asked if it was common for people to attend a restaurant like that in general, especially on Thanksgiving. My dad made it a point to teach us

A. Some people may not be able to cook on a holiday like that or have the space to host the holiday

2. That just because it's different doesn't mean it's wrong

D. That the most important thing wasn't where his family spent the holiday, but more so that they spent it together. I've never forgotten that conversation.  (Disclaimer - Don't make fun of anyone on where they eat, but it is ok to make fun of Brandon Walker for eating Thanksgiving dinner at 11am like a fucking maniac).

Now, in that spirit of embracing fast food on holidays let's dive into what we would want to eat but don't talk about because society hasn't made it the norm. Also, whether you want to admit it or not, I know for a fact you have had some shitty Thanksgiving meals or sides. We have all shown up and had a crappy casserole, or watery mac and cheese etc. We're humans, not everything is perfect.

I think Friendsgiving has stolen the shine, but I originally had this idea in college of having a big meal with your friends on the Monday night of Thanksgiving week but it's all just fast food items. Think about it. Everyone gets one final goodbye before the long weekend. Easy cleanup, and it's all out of your system by the time you get home anyway.

So off of that thought, I saw this Popeyes story and immediately thought, why aren't we normalizing fast food at Thanksgiving? There are some fast food items that blow your family's cooking out of the water. Also there's no variance with this stuff. Taco Bell in Queens is the same as Taco Bell in Tacoma. That's not the case with regular people's cooking. The stuffing I like can be way different from the stuffing someone's aunt makes in Pennsylvania, and you could be stuck with that stuffing. In a time like that I bet you wish you have a fucking taco right?

So here we go … I have my answers and I decided to break this up to one item only from a bunch of different places. I set it up as if I was going to have one item at my Thanksgiving dinner table from these places what would it be.

I'll answer those rapid fire in a second. First here's the legit GOAT item that if you could only pick 1 item EVER to have from a fast food place on Thanksgiving, it's this:

I first had this at The Final Four, back when I was allowed to cover college basketball, and holy shit is it the best bread in America. If you haven't had it go get it-immediately (order it BOB-butter on both). If they took this out of the styrofoam and served it in a sit down restaurant and then said to people, "Hey you can have another piece but you have to pay per piece, how much are you willing to spend?" I would take every cent I was going to spend on dinner and use it on the bread. It's that fucking good. Also it goes perfectly for Thanksgiving. If someone brought a tray of this to Thanksgiving dinner I wouldn't look at them weird I would thank them and likely hug them. Trust me.

Here's some quick hitters from some other places. Remember, desserts matter too, thanksgiving is an all day eating affair:

I reached out to some people on this and Eddie put it perfectly "Honestly just any kind of fries. Great side dish that never come near as close home cooked and something you never really see on thanksgiving."

If I had to I would go Cheesy Gordita Crunch but I feel like it's gonna be a regret 3 bites in. Saw a lot of love for Cinnabon delights. Speaking of which…

Classic Cinnabon. Who wouldn't have that for dessert on Thanksgiving?

This was another tough one for me, do I do with the fries or the milkshakes? Both are elite. Fuck it, gimme the fries.

I was torn here between nugget tray or mac and cheese. I then had an epiphany that the mac and cheese my family makes is amazing, so give me the nuggets.

Twitter can be a dark place sometimes, but it's replies like this that remind me there's hope for society.

If you haven't had this you are missing out. Burger King needs to serve this as a full pie. Must happen.

Frosty's. Not even close. Now the travel of these can be difficult but can you imagine if someone's date rolled out a pack of Frosty's (chocolate only) for the entire dinner table ? Give it to me! Who the fuck wants pumpkin pie when you can have a Frosty

Cheesy Bread . Again, a phenomenal side dish that fits the Thanksgiving theme (who doesn't love bread?).

As Clem said when asked "Throw some cheesy bread on the list. Elite appetizer, great dipability, and the best thing on the menu there."

Kevin Clancy opted that "Dominos lava cakes are absolutely DELICIOUS molten cakes. Would be $30 at a steak house."

So I actually go out and get their cornbread now to bring to dinner since it saves a lot of time that goes into making it. That would be my answer but it someone showed up with a few Rotisserie chickens I wouldn't say no. Nate said the mac and cheese, which is hard to argue too.

Double Chocolate Chip Cookies . Elite. Also I make the people squeeze them before ordering to see if they are soft. Veteran move.

I feel like that's a strong list off the top of my head. I know I missed some. I look forward to the replies. In the meantime, let's try to normalize fast food items at Thanksgiving and see what the office says.