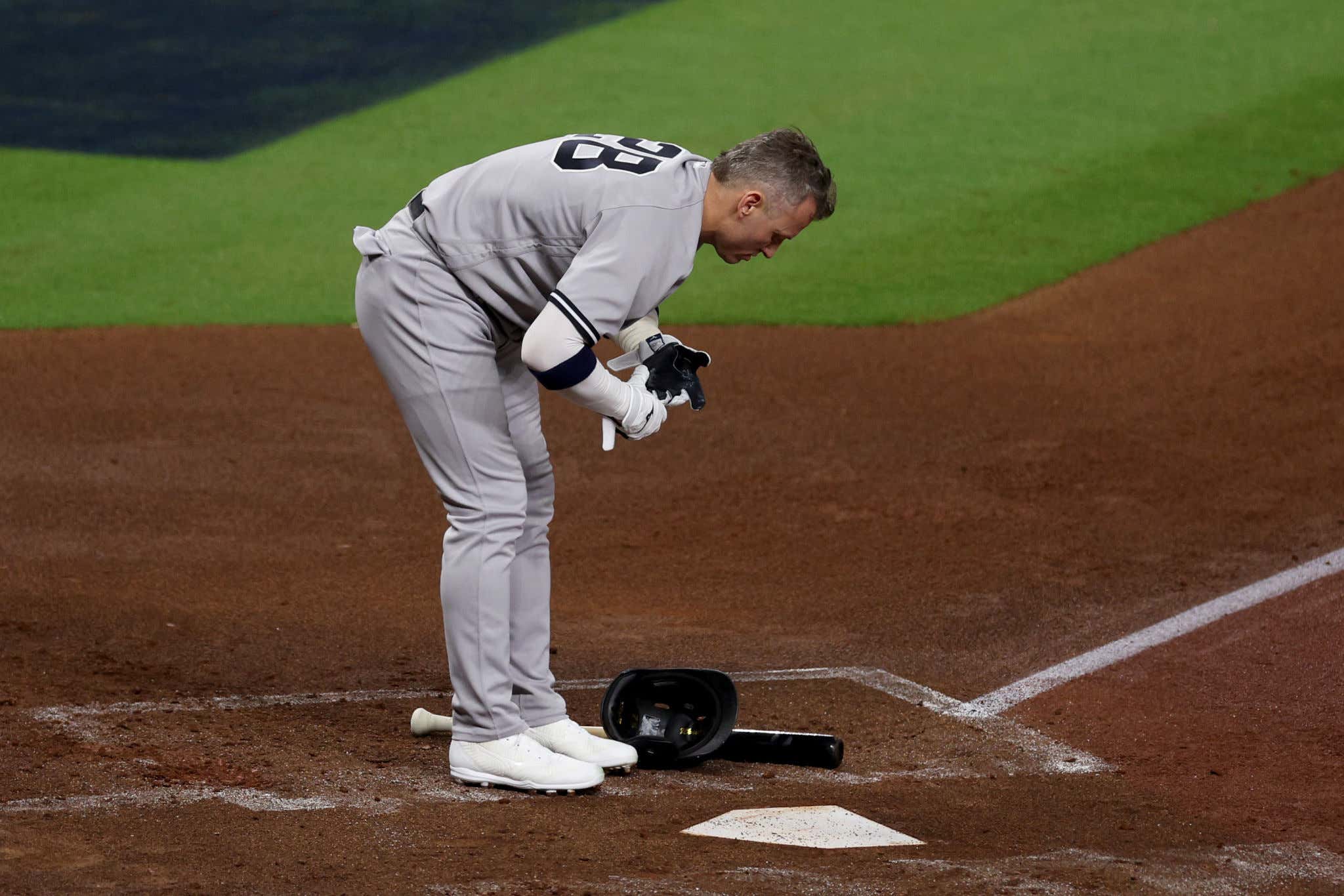 Yeah, that sucked. The Houston Astros didn't come close to playing their best game and comfortably won Game 1 of the ALCS against the Yankees 4-2. Jose Altuve, Alex Bregman, Kyle Tucker, and Yordan Alvarez combined to go 0 for 12 in this one. You have to capitalize on that kind of opportunity. Instead the Yankees struck out 17 times.

Josh Donaldson and Matt Carpenter killed them all game, especially in the 3rd when they struck out consecutively with 2nd and 3rd and 1 out. Had Verlander on the ropes with his pitch count soaring, and JD proceeded to put in one of the worst ABs I've ever seen. Felt like the game there even if it was still tied.

In Game 2 I'm sitting Donaldson and Carpenter. Load the lineup with righties outside of Rizzo. Peraza at short, IKF at 3rd, Stanton DH, and Oswaldo in left, Higgy catching. I love Carp, but his at bats aren't pretty right now. Gotta face reality that he's just not the same coming off the 2 month layoff. I wish he was the Carp we all fell in love with during the summer, but he's not in sync and hurting them. Donaldson has been brutal since the first game of the postseason. I mean how are you playing this dude in good faith?

Clarke Schmidt got a big time double play ball when he checked in, but came out the next inning serving up two solo shots that really hurt. Frankie Montas came in relief and immediately served up a solo shot himself. Why was he in the game? Felt like just because he was an alive human on the roster and not because it made any sense whatsoever. I don't get why Montas is on this roster. He wasn't good to end the year and he's not a reliever. Questionable bullpen moves after Taillon gave you 13 good outs. I understand the pen was taxed from the end of the ALDS, but where's Domingo German? Guy hasn't pitched in two weeks. I'd rather see what he's got over fucking Montas.

You have to win Game 2, plain and simple. Severino vs. Framber. Heart of the bullpen is well-rested with an off-day coming on Friday. Should be able to shorten the game with your best arms. Score early on Framber and win this fucking game.

We'll be at American Whiskey tonight, which is located at 47 W 30th St right near MSG. Awesome bar owned by the great Joba Chamberlain. No ticket required, we've got the upstairs all for us. Bring the good vibes and not what happened on stream last night.