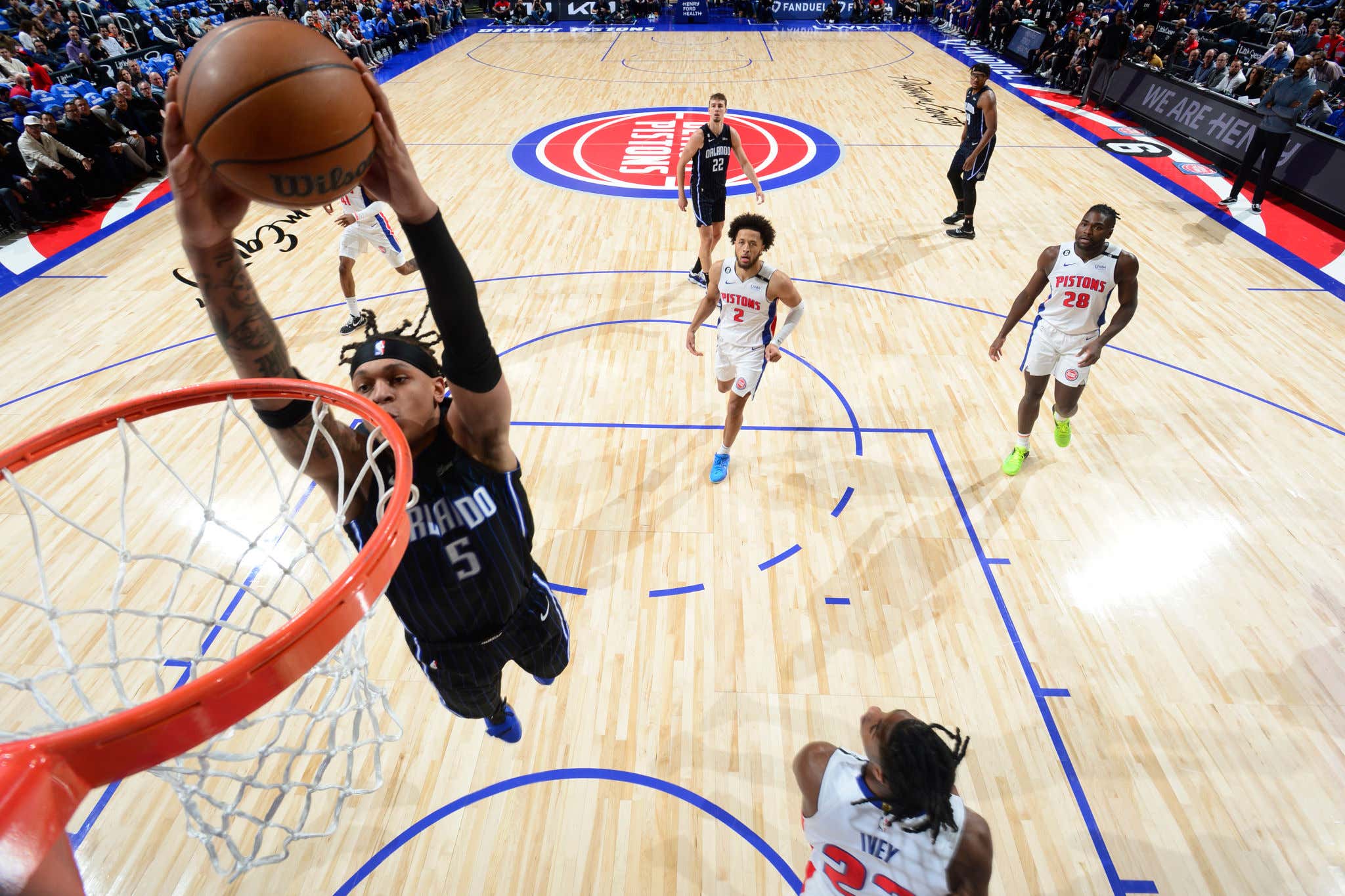 Of all the games on the NBA's full slate tonight, one matchup I couldn't wait to see was Pistons/Magic. I know, that's a sentence that can't seem real, but it's true. Just because you aren't going to contend for an NBA title this season doesn't mean your games aren't worth watching, and there's a ton of intrigue with both of these teams. They're two franchises who are in a similar zip code in terms of their rebuild. It's the early stages, they are in the first few years of their foundational players, and right now it's about development. I think the Magic this year could be like the Pistons were last year, where maybe the record is dogshit but they are tough as nails to play and are in more games than not before ultimately losing.

With the Pistons, they are someone I've blogged about how I'm in on. I think they make a leap. Nothing crazy like into the top 6 or anything, but why can't they flirt with the Play In? There's legit talent on that team.

Tonight was also a chance for us to see Paolo Banchero vs Jaden Ivey, and that certainly did not disappoint

The Pistons eventually pulled out the close 113-109 win, both players gave their respective fanbases something to be excited about, especially Banchero.

As the #1 pick, you're always going to be under more scrutiny. Nobody wants to be Anthony Bennett. If you come out in your debut and you do some shit that only LeBron, Kareem and Grant Hill have done, I'd say that's not too shabby. Those guys went on to have decent careers I suppose. Let's just hope Paolo has better injury luck on the Magic as Grant Hill eventually had.

Watching Banchero though you can see why a franchise would want to build everything around him. That level of skill combined with his size is the prototype in today's NBA. As they say, it's a wing's league. An elite three level scorer who can grow into becoming a plus defender has been proven to be a rock solid way to build your team/roster as a foundational piece, and that's what Banchero could potentially be. If he keeps looking like this, you can almost guarantee it.

Not only that, but I was also impressed with what I saw from Jalen Suggs. In my blog last week when I talked about a reason to be excited to watch every team in the league, I went with Jalen Suggs for the Magic. He had all those injuries his rookie year I feel like people sort of forgot about him. He looked solid with his 21/2/3 on 8-11 shooting, and if he ends up being a Draft hit too, suddenly the Magic's young talent starts to look pretty damn good.