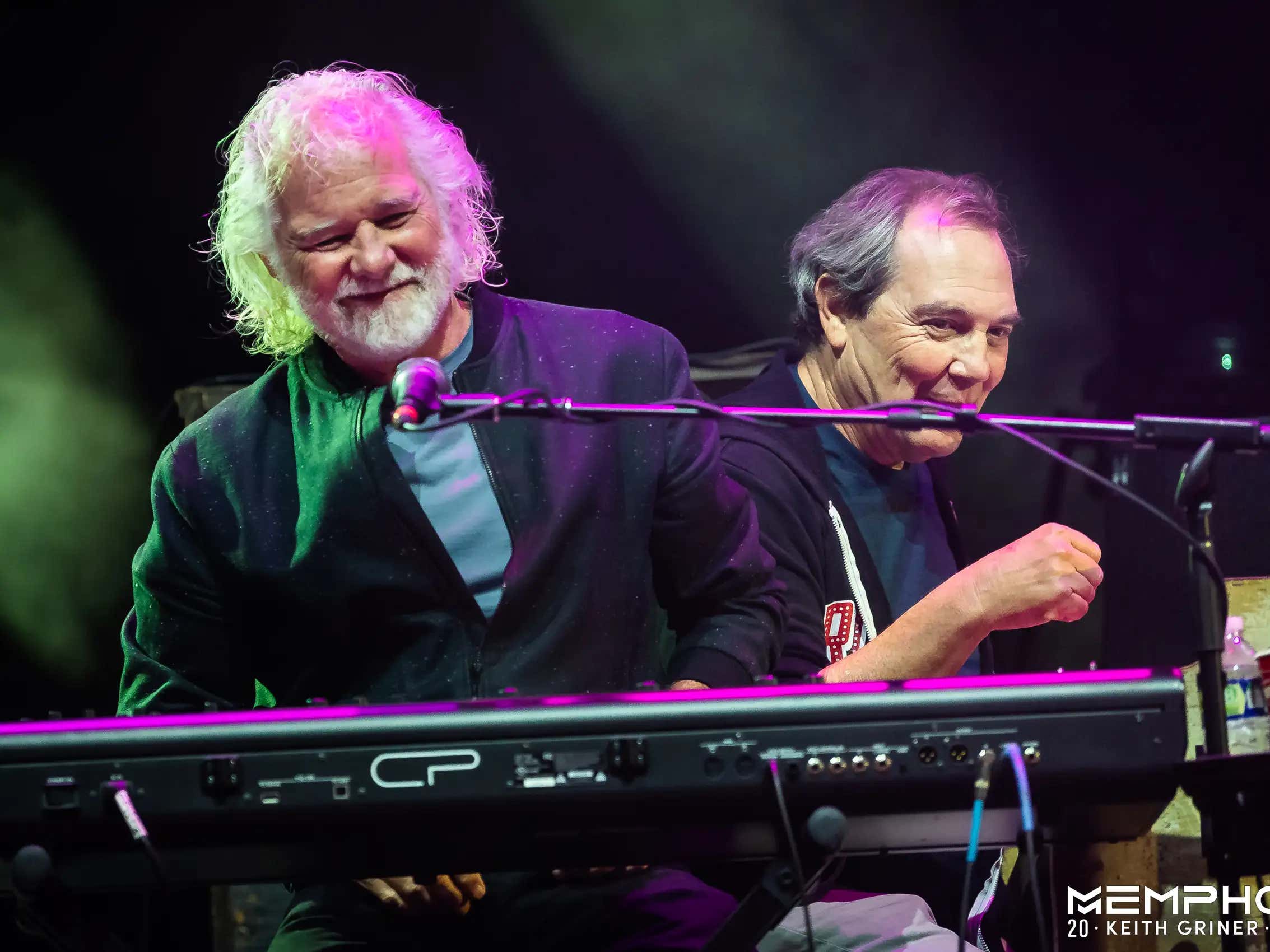 When I was back in the South two weeks ago, I had an all time Southern weekend with a thrilling 22-19 Ole Miss win over Kentucky and Mempho Fest.

Mempho is about a 5 year old music fest at Memphis Botanical Gardens in Memphis. I had heard A LOT about it from my Ole Miss friends in 2021 after Billy Strings tore it up with Widespread Panic. This was my first time to check it out and hot damn did it live up to the hype!

Chris Duncan, the head of marketing for Mempho, rolled out the red carpet for us. The Southern hospitality is a real thing. The lineup was spectacular with Jason Isbell and The Black Keys headlining Friday night then Widespread Panic Saturday and Sunday. I did not make it Friday unfortunately.

Everyone in Oxford was so upset about the 11am Saturday start time for Kentucky game while I quietly loved it because I got to go to the game and see my favorite band Widespread Panic on the same day. It was a great Saturday!

About an hour after the thrilling Ole Miss win, my old buddy Elliot Willard (City Grocery Oxford, MS) and I hit the road to Memphis for what felt like the 50th time together. We got there in time for Portugal The Man right around sunset. This was my first time to see them and I was blown away! Pink Floyd, Beatles and Nirvana covers….. cannot beat it!

After catching Memphis band Big Ass Truck for the first time (they rocked!), we ended up in the pit for Widespread Panic Saturday night show thanks to Chris. And what a special treat that was to see Chuck Leavell (Allman Brothers, Rolling Stones) play Jessica and You Can't Always Get What You Want which is one of my favorite songs ever written. I try to live by the motto Get What You Need! I don't always succeed but at least I try sometime…….

The Memphis Botanical Garden was gorgeous and the festival was super easy to move around. Mempho was that perfect size where it had a good crowd but you could easily move around. I expect that to change the next few years. The food was spectacular too. I had Home Team BBQ (Charleston, SC) chicken wings with Alabama white sauce and Hog & Hominy (Memphis) pizza. Several other top restaurants were there as well including Cochon Butcher (NOLA).

In the VIP area, my buddy Micheal Weintrob was there with his Instrumenthead book and exhibits. I even got fitted for some custom new Blue Delta Jeans! The attention to detail blew my mind.

Sunday we had a big crew out there including Ole Miss national champion clean up hitter Kevin Graham and his girlfriend. Kev had hit me up two months prior about going to see Widespread Panic with me after seeing my Twitter and is a heckuva piano player.

We made it out there Sunday afternoon in time for the end of blues legend Bobby Rush then followed him up with Wilco. I had not seen Jeff Tweedy and that band for over 10 years and I was not disappointed. They were perfect for a laid back Sunday afternoon vibe and I will never complain about a Grateful Dead "US Blues" cover to end their set.

We followed that up by seeing Tank & The Bangas (NOLA) next. Tank has one of the strongest stage presences I can recall and the band has a unique sound.

Then to finish the festival off, we ended up in VIP for the Widespread Panic Sunday show. The saying Never Miss A Sunday Show is a real thing. I have been going to Panic shows in Memphis since 2006 and have so many amazing memories from Panic in Memphis.

And they burned it to the freaking ground on this Sunday night! The JJ Cale "Ride Me High" cover hooked me on Panic in Memphis the first time I saw them 16 years ago and they always play it there. Bobby Rush at 88 years young came back out and played "Gotta Have Money" and his song "Bowlegged Woman" that Panic often covers. The crowd was rockin' on a gorgeous night and life does not get much better.

By the end of the set, the place was in flames after Red Hot Mama (Funkadelic), Fishwater, Tie Your Shoes and heavy rocker Protein Drink/Sewing Machine (Vic Chesnut). I felt like my face got melted off with my best friends and I already cannot wait for next year!!!!

Mempho Fest has already announced it will be the last weekend of September again in 2023 and LSU plays Ole Miss in Oxford that Saturday. Let's run it back!

Overall, I do not see how I could have had a better time at Mempho and cannot recommend it more for those who have never been. Gorgeous venue, great food and badass rock n' roll…..WHAT'S NOT TO LOVE?!?!?!