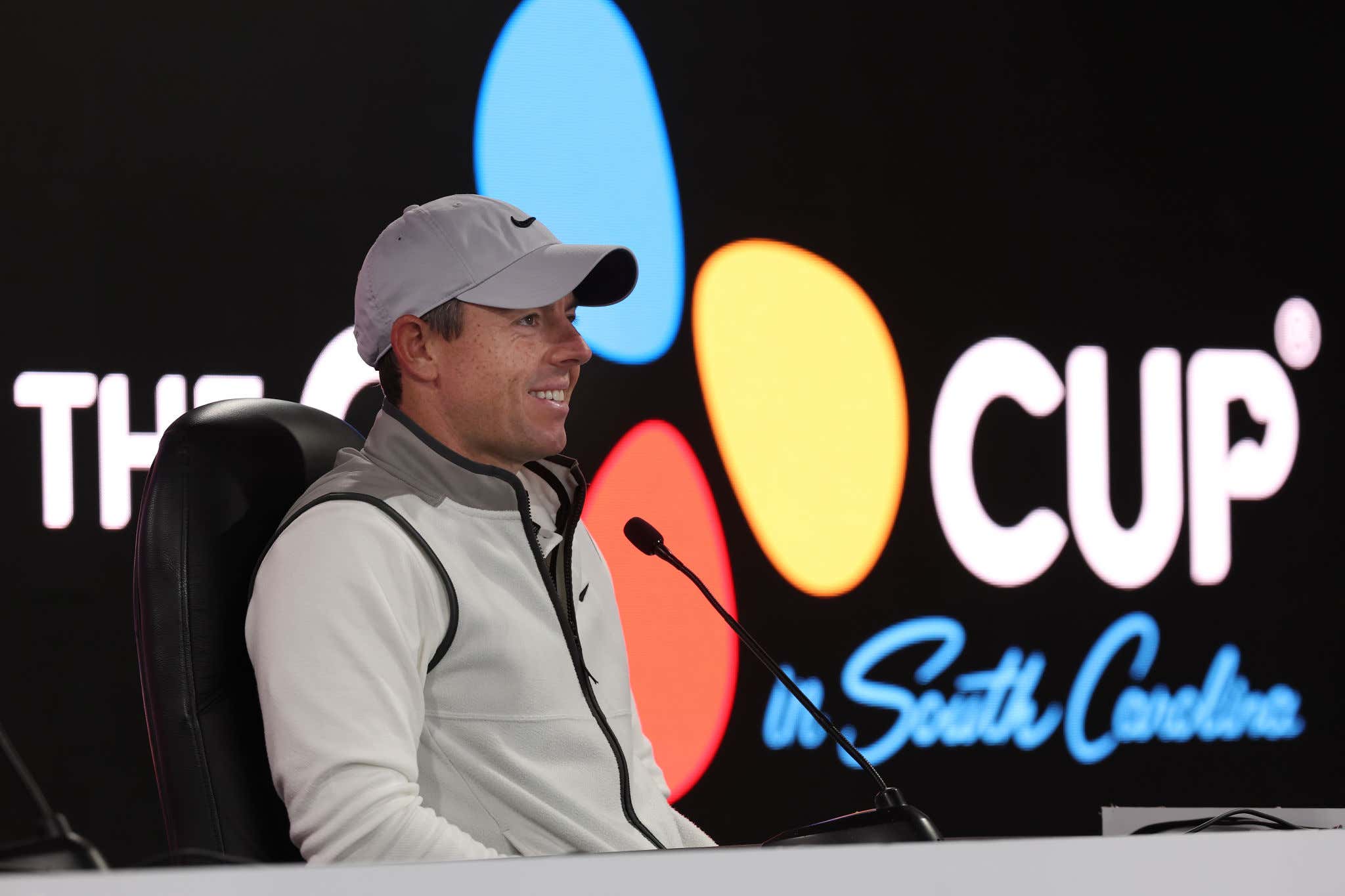 There was a short period there when Phil Mickelson had his metaphorical tail between his legs. Alan Shipnuck had published those "scary motherfuckers" quotes, and most of Phil's sponsors dropped him, and he essentially fell off the map. Players reached out to him with no reply. There were rumors he was in Montana. No, Florida. Or maybe San Diego? He returned to the public eye at LIV's inaugural event in London looking like a broken man, and his first press conference back was downright cringeworthy in its awkwardness. This was not the same Lefty who'd lumber down fairways, flash that thumbs up at anyone in eyesight, nip a flop shot of tight lies to kick-in range, then torch PGA Tour leadership in his post-round presser.

Subdued Phil lasted only a few months. He's got his mojo back—at least at the podium. Last week, Mickelson lobbed some haymakers at the PGA Tour, essentially saying LIV will win this battle and the PGA Tour's days are numbered.

"I firmly believe that I'm on the winning side of how things are going to evolve and shape in the coming years for professional golf…until both sides sit down and have a conversation and work something out, both sides are going to continue to change and evolve. And I see LIV Golf is trending upwards, and I see the PGA Tour trending downwards and I love the side that I'm on…I love the way they involve us and listen to us in decisions."

There is no denying that LIV's made impressive progress in its first year. They've signed way more top-level players than we thought possible, and they've successfully held seven tournaments across the world. But to say they're definitively winning the war for golf's future seems premature at best and downright false at worst. But Phil's never been particularly concerned with nuance. He wanted to make a headline, and he did. It caught the attention of his former colleagues on the PGA Tour, who are assembled at Congaree Golf Club in South Carolina this week for the CJ Cup.

Jon Rahm has a ton of ties to the Mickelson family—he went to ASU like Phil. Phil's brother, Tim, was his coach there, and left his job to be Rahm's agent when Rahm turned pro only to switch again to being his brother's caddie. They share the same management agency. Rahm has tremendous respect for Phil. That doesn't mean he thinks Lefty's comments were anything but nonsense.

Rory McIlroy hasn't held back in his criticism of Mickelson. When those Shipnuck comments first dropped, McIlroy decried them as "naive, selfish, egotistical, arrogant." Rory's as pro-PGA Tour as it gets. He's played a big part in the reshaping of the tour's schedule. He is the Prince of Ponte Vedra, and he did not appreciate Phil trying to declare victory.

"The guys that have went over to LIV, they have -- they're the ones that have made the disruption, they're the ones that have sort of put the golf world in flux right now," Rory said Wednesday. "I guess for them to be talking the way they are, it's bold and it's, you know, I think there's a ton of propaganda being used and all sorts of stuff. I certainly don't see the PGA TOUR trending downward at all. All the talent, most, 95 percent of the talent is here. You've got people like Tom Kim coming through who that's the future of our game. 4 I don't agree with what Phil said last week. I understand why he said it because of the position he is in, but I don't think anyone that takes a logical view of the game of golf can agree with what he said."

It seems McIlroy has noticed what we've been talking about on Fore Play this week: that there's been a shift in messaging coming from the LIV side. They no longer seem committed to playing nice—they've been stiff-armed by the powerbrokers and they're fed up with it. Get your popcorn out. This is only getting more and more heated.