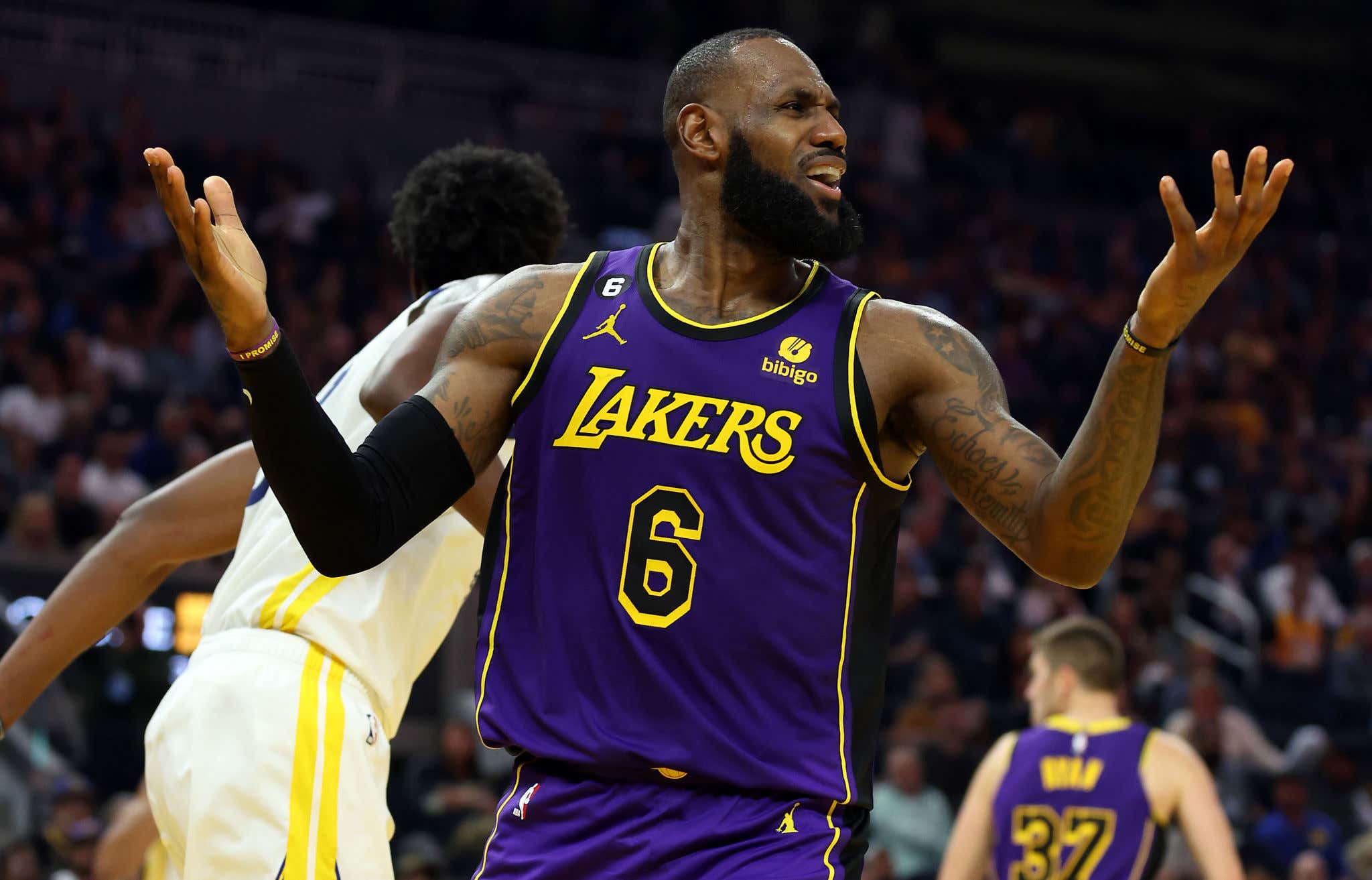 To the surprise of no one, the Lakers went into Golden State last night and got waxed. Down by as much as 27 points before ultimately falling 123-109, the Lakers pretty much looked like the exact same version we saw last season. If you maybe didn't watch them last year, that's not a good thing. Those Lakers stunk. Based on what we saw last night, all of their issues from 2021-22 still exist in 2022-23. There's no consistent shooting on this roster, which you absolutely need to have if you want to compete in 2022. Anthony Davis refuses to stop taking horrible jumpers

Their defense still stinks too. Basically everything that made them champions in 2020 in terms of defense and shooting has been removed from this team and as a result, you have games like last night.

Because they're the Lakers, of course people are going to talk about them. They're a big market team who have a storied history and currently employ arguably the greatest to ever do it. How they perform matters. When they win, ESPN and the like suck their dick. When they lose, they get dragged. That's how sports work.

Not according to JJ Redick though. He once again had a take so outrageous I legitimately spit out my coffee when I heard it

This isn't some sort of farewell tour for LeBron. Yeah, it's cool he's going to break the scoring record at some point, but so what? How is that more important than what they actually do on the floor as a team? I thought the Lakers were about winning titles? Now JJ Redick doesn't want to talk about how bad they are just because LeBron is great? Holy moly is that pathetic. When have we ever heard that before??

"Hey guys, I know the Lakers are in a win now window and are trying to compete for a title, but we really shouldn't talk about or pay attention to how much they stink. Instead, let's just suck LeBron's dick"

I mean what are we even doing here? So wins and losses matter for every other team in the league but the Lakers just because LeBron is going to pass Kareem. Got it. That would be like saying we shouldn't talk about the issues of any team who also employ a historically great player. Let me ask you this. If the Lakers came out and kicked the shit out the Warriors and everyone looked awesome, would this take exist? Of course not! No way in hell! ESPN would spend the next 48 hours talking about how awesome the Lakers are. But because they stunk last year and continue to stink this year, JJ doesn't want to to talk about that. Yikes.

This is the team LeBron built. This is what he wanted. The front office has been a disaster since that 2020 title. You don't get to suddenly ignore all that just because the results aren't good. On what planet does that make any sense. It's possible to appreciate and recognize LeBron's career achievement while also talking about how his team is dogshit. Those two things aren't mutually exclusive.