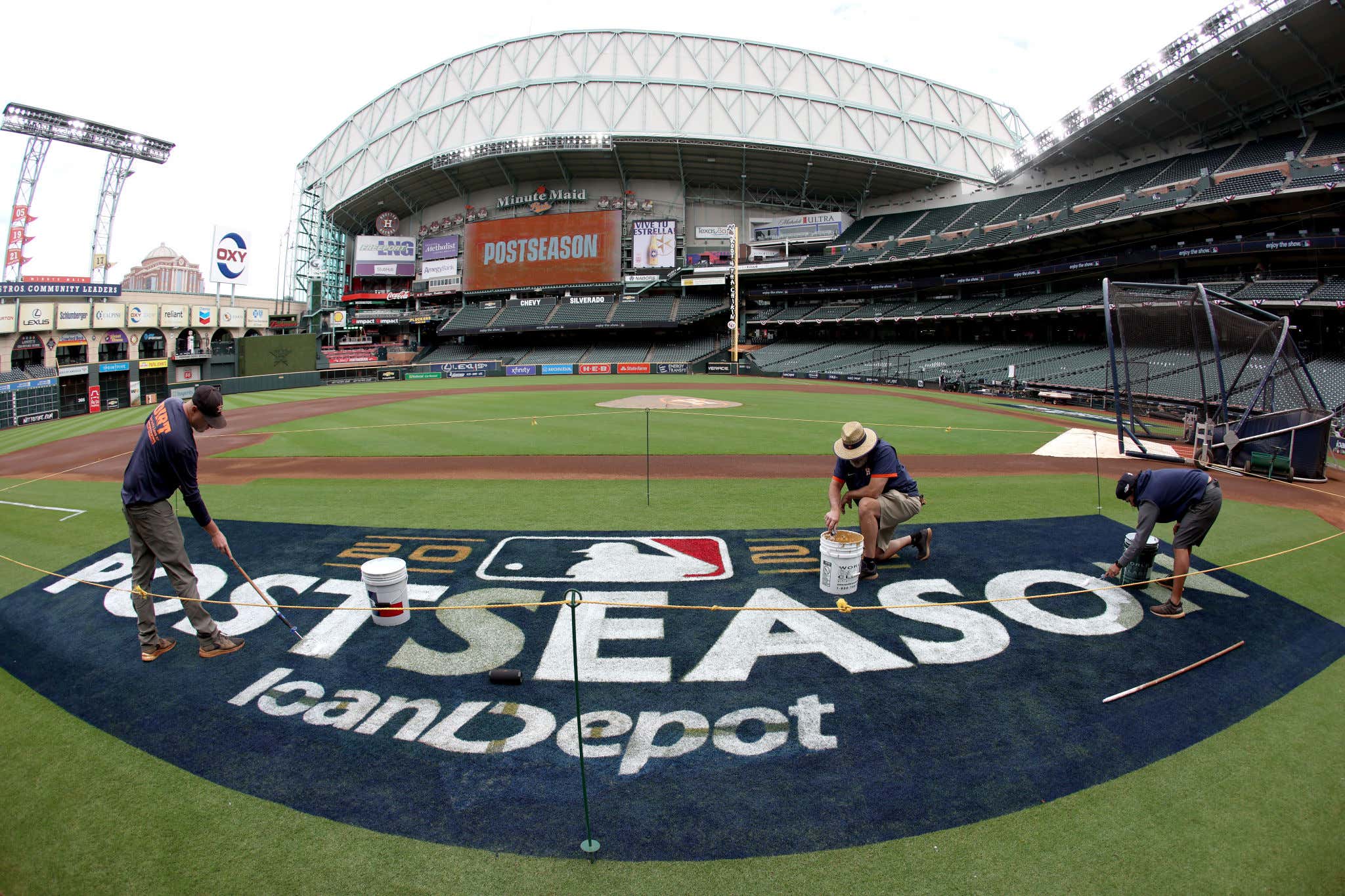 While the National League went upside down, the American League rode the chalk, with the top two teams reaching the ALCS. It is the third time in six years that the Houston Astros and New York Yankees are meeting in the ALCS. The Astros won the previous two in 2017 and 2019. The Astros won five of seven games against New York in the regular season, including a combined No-Hitter on June 25th at Yankee Stadium. The Astros, after 106 wins, swept the Mariners in the Division Series, winning Game 1 on a walk-off in the ninth and Game 3 in 18 innings. The Yankees meanwhile needed five games to dispatch the Guardians, with two rainouts, forcing the series to extend to Tuesday. The Yankees will have no rest before starting the series, as their pitching staff will need at least two games to get back in line.

In their decisive win over the Guardians, the Yankees got home runs from Giancarlo Stanton and Aaron Judge, who had struggled in the Division Series. If the Yankees are to have a chance to win the series Stanton and Judge must drive the offense. Harrison Bader was the Yankees' unsung hero against Cleveland, hitting three home runs. The Astros' offense was led by Yordan Alvarez, who had a three-run walk-off home run in Game 1. Alvarez had a two-run go-ahead home run in Game 2 and batted .400 during the series. In 2019, Jose Altuve won the ALCS with a walk-off home run; Altuve has continued to torment the Yankees since. The Astros' lineup has the edge in the series, which could explode anytime. The Yankees, meanwhile, have injury concerns as Aaron Hicks was hurt in Game 5, while D.J. Lemahieu missed the entire Division Series.

Besides Gerrit Cole, who won two games in the Division Series, the Yankees do not have a reliable starter. Nestor Cortes won Game 5 and pitched well in the series, but will not be available until Game 4, meaning the Yankees will need to find two starters to find a way to win a game in Houston. Jameson Taillon will get the start in the opener against Justin Verlander. The Astros' ace struggled in his first start against the Mariners, while Lance McCullers Jr. and Framber Valdez each had strong starts. The Astros' bullpen dominated the Mariners, as Luis Garcia pitched five innings, allowing two runs in the Astros' 1-0 win in 18 innings in the finale of the ALDS. The Yankees' bullpen was not as reliable, losing Game 2 in ten innings and blowing a two-run lead in Game 3.

The Astros have a tremendous pitching advantage; that will be the difference in this series. The Astros have bashed the Yankees regularly over the past few seasons; this will continues as the Astros annihilate the Yankees, winning the series in four straight games.