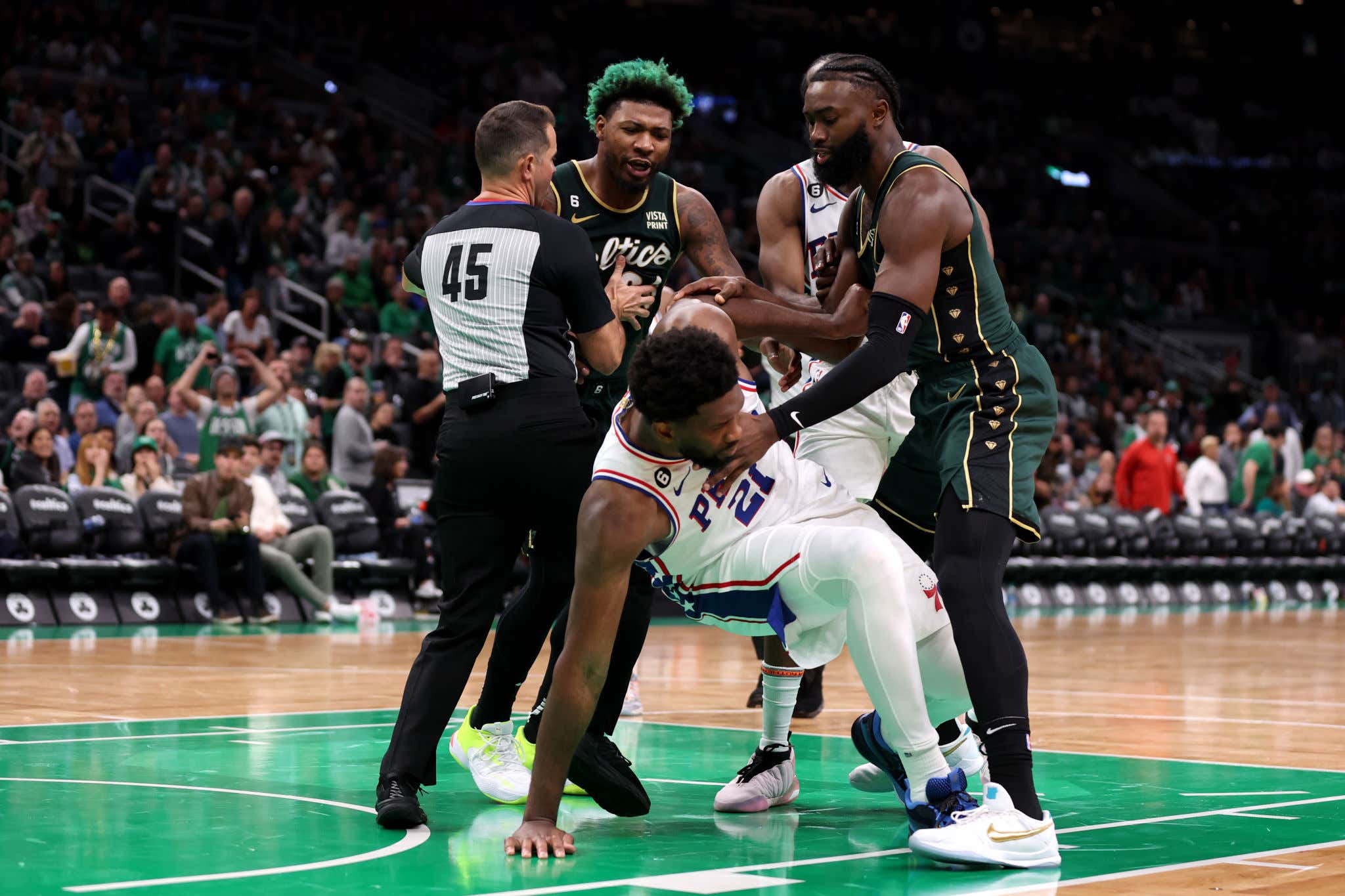 Just after halftime in tonight's home opener, Marcus Smart found himself in yet another dust up with Joel Embiid

Did Smart flop? Because I am nothing if not unbiased, I'll say slightly. Nothing out of the ordinary in today's NBA. I also see Joel Embiid try and snap his arm in half. Weird how that never got mentioned on the broadcast right? Embiid 1000% knew what he was doing and anyone who suggests otherwise probably has spent their life trusting a process that is never going to work. It's certainly not the first time these two have had their fair share of beef, how could we forget the time Marcus tossed Embiid out of the club

So what did Marcus have to say about this latest encounter? Well let's have a listen

Spot the lie. It's no secret the NBA babies Joel Embiid. That's nothing new. But again I'll ask you, at what point in that comment did Smart not tell the truth? It's not that Embiid pulled on his arm, it's that he used his lower half to create the leverage to really bend it. That could have been horrific. Luckily Marcus Smart is basically Wolverine so he escaped without injury.

It's not too different from the dirty shit that Draymond or Giannis pull. Of course, Embiid will get a pass from everyone because that's what happens with him and these type of situations and that's fine. Enjoy the L Meanwhile the DPOY played great and the Celts started the season off with a near-perfect debut.

The fact that the Celts didn't let all the bullshit we saw tonight get them out of their heads or cause them to let things get away from them is a GREAT sign for the rest of this season. That's the mental toughness and maturity that we are all hoping to see. They played through a LOT of officiating bullshit in this game. Also not that uncommon when playing the Sixers, and there are years in which that stuff would end up in a double digit Celtics loss.

Instead, they punched back. There's no better trash talk than a W. So while part of me wishes we could have seen Smart crack Embiid's head open, I'm thankful we didn't. He's too important to this team. Don't worry about the Sixers, they aren't a threat. There are bigger fish to fry in this quest for Banner 18.