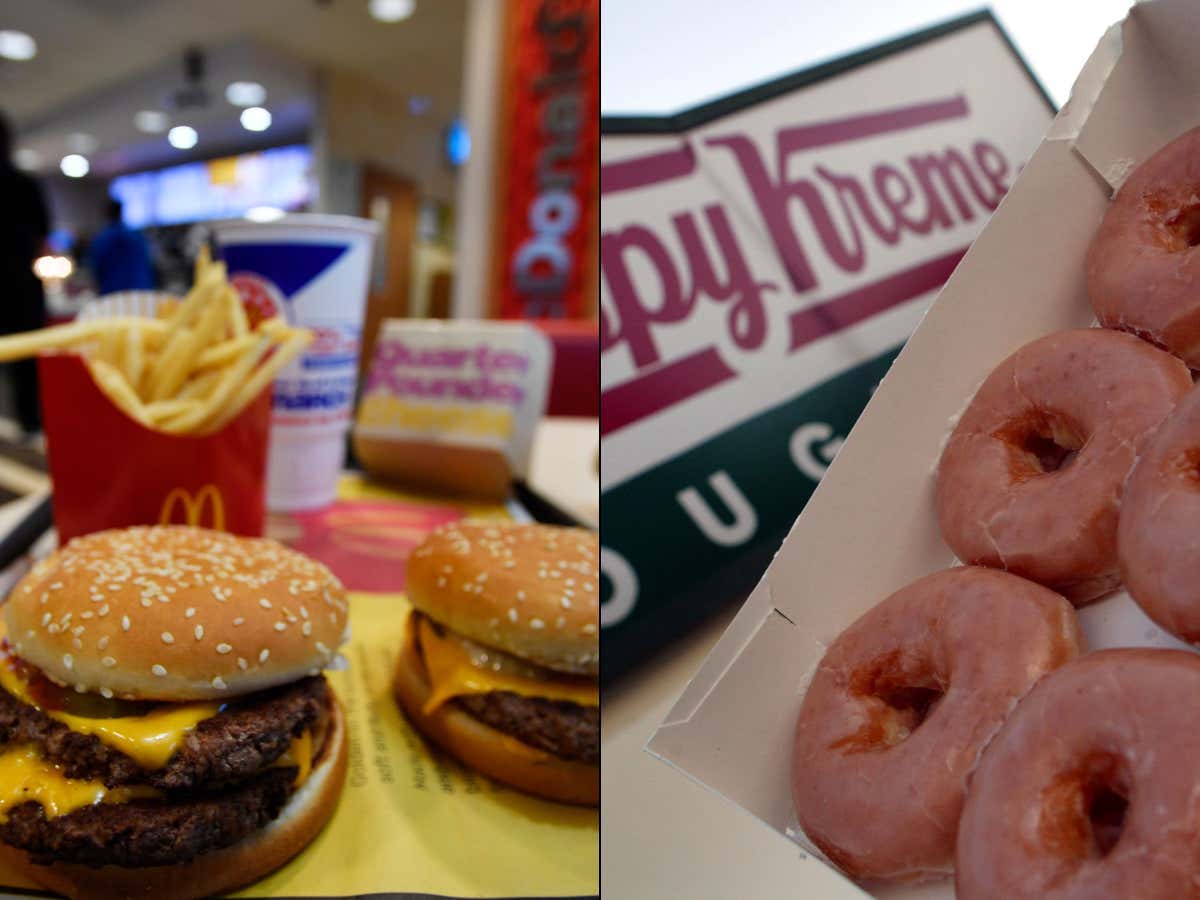 Starting Oct. 26, the fast-food giant will sell Krispy Kreme doughnuts at nine locations in the Louisville, Kentucky, area as part of a test. McDonald’s said the test will help it learn more about how teaming up with Krispy Kreme would affect its operations.

McDonald’s customers will be able to order the original glazed, chocolate iced with sprinkles and raspberry filled doughnuts, either individually or in packs of six. Participating McDonald’s locations will sell the doughnuts all day, but the treats won’t be available for delivery.

Whoa, this has gotta be the best mashup since that Santana and Rob Thomas song.

McDonald's has become the king of the collab, starting with the Happy Meal. Parents raking each other's eyes for a McDonald’s Teenie Beanie Baby is a core memory for anyone alive in the 90s. And who can forget Monopoly at McDonald's (mostly because of the scandal that shook the board game/fast foot worlds)?

More recently the company started fucking with celeb mashups. And to say if gone well would be an understatement. Travis Scott, J. Balvin and others have made it rain for the BK killer.

Imagine if you were dumb enough to throw one away?

Imagine being able to get a Popeyes' Chicken Sandwich at Dunkin? Or a Wendy’s Frosty at Subway? Perhaps some Panera broccoli cheddar soup at Chipotle?

BTW, Large and I talk about stuff like this regularly on our money and markets podcast, The Family Office…