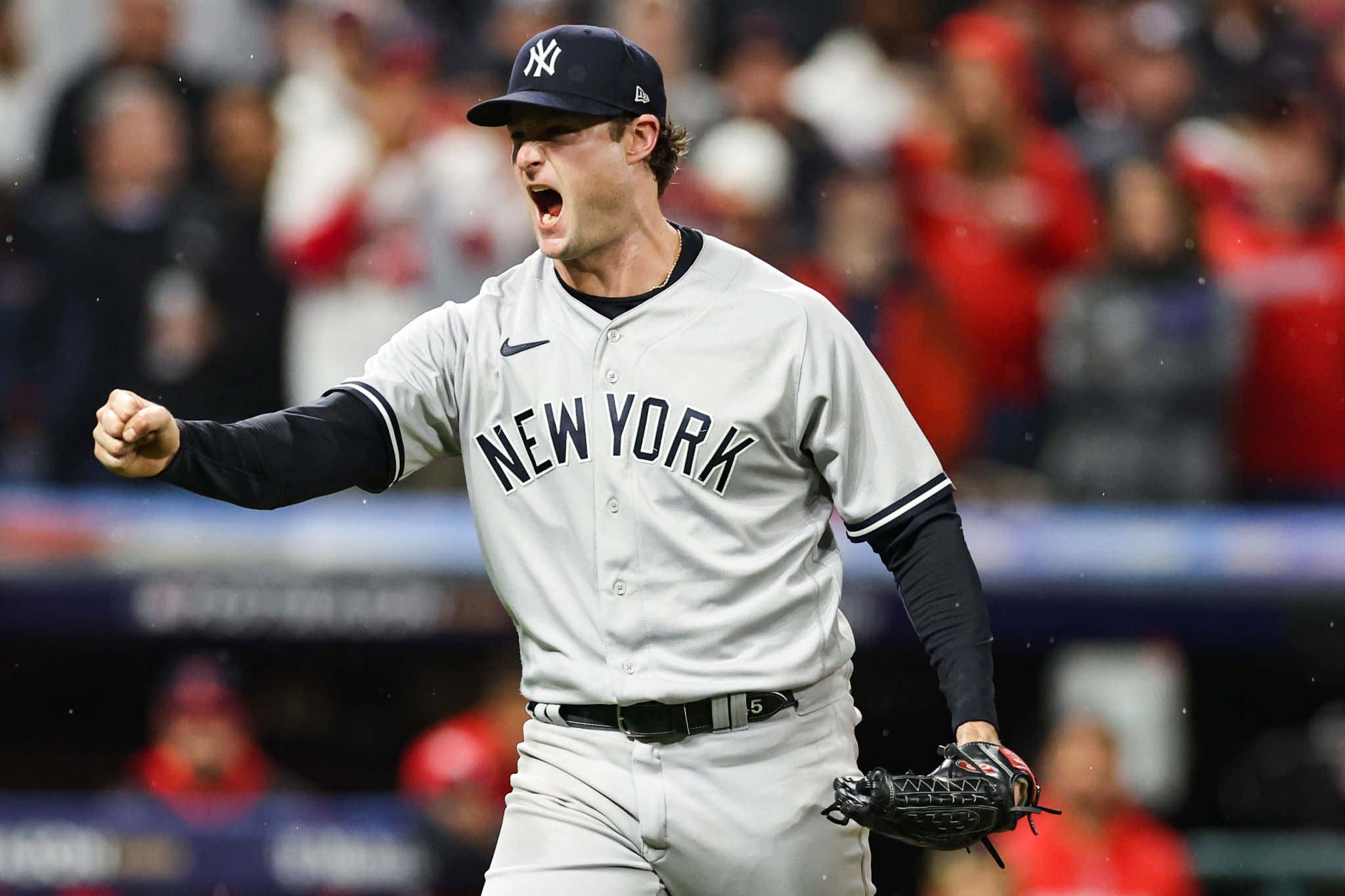 In one of the weirder timed celebrations I've seen in a while, Josh Naylor rocked the baby as he rounded the bases after blasting a solo shot off Cole to cut the Yankees lead to one.

Doing this while losing in the 4th inning is WILD to me. Seems like something you whip out while blowing a team out or hitting a big homer late in the game to take the lead. But sure knock your socks off?

Well, did it rattle Cole? 13 batters faced, 6 strikeouts, one hit, zero walks. Those are his numbers after the homer. Gonna say it didn't bother Cole, who went on to deal and force a deciding Game 5 in the Bronx Monday night.

After the game Cole was asked about it and gave a tremendous answer.

That scoff was incredible. Gerrit Cole has had some unfavorable moments in front of the mic in his time in New York. This wasn't one of them. Boss answer from the man who showed up in the biggest game tonight. No Kermit voice either. Who is this guy?