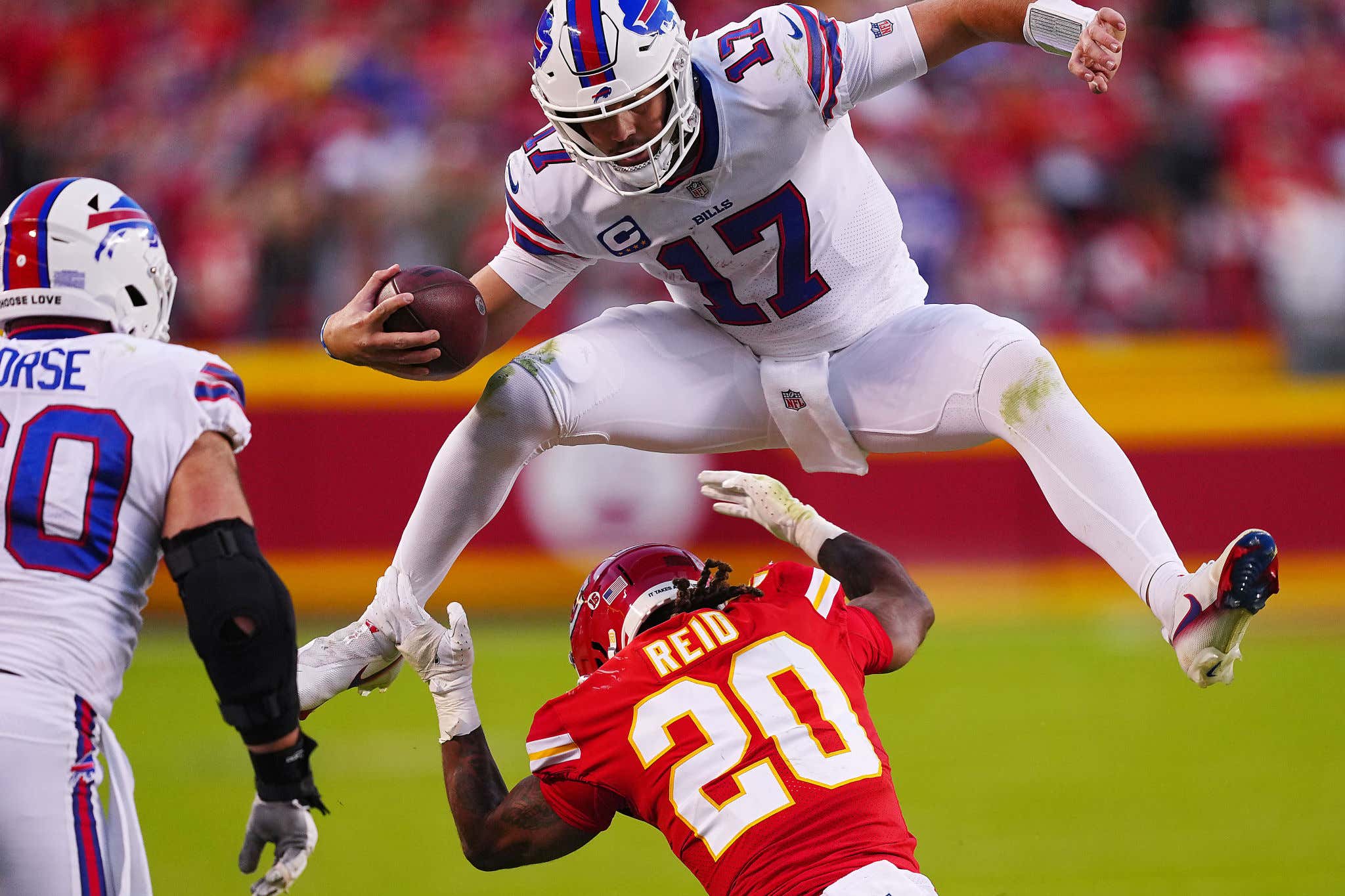 The things Josh Allen can do on a football field at his size never cease to amaze me. If you're sharing a field with Patrick Mahomes and you're arguably the more dynamic quarterback, you're probably an absolute fucking freak of nature.

LOOK at this hurdle from another angle. Please appreciate, I implore you, because this is not normal!

And then that disgusting, 14-yard winning strike to Dawson Knox? That one man can do both those things in a three-play sequence feels impossible. Allen finished the afternoon with 329 yards and three TDs. The two touch throws down the sidelines Allen had to Gabriel Davis and Stefon Diggs prior to that Knox winner were pure, straight-up dimes as well. It's getting stupid out here.

Everyone knew it was probably a bad idea to piss Mahomes and the Kansas City Chiefs off by making them a home underdog. WHAT DISRESPECT. I mean, all the pressure was on Buffalo to not choke like last year's Divisional Round, where its defense fell asleep when it seemed like Allen had done plenty to lead the Bills to victory. At least for now, the pain of that defeat is something Allen can help his teammates and fanbase forget.

In the regular season last year, Buffalo waltzed into Arrowhead and won 38-20. Two dubs in three trips to KC is pretty damn special.

Even better for the Bills is they have a tiebreaker over the Chiefs now for the No. 1 seed in the AFC. They're alone atop the conference as the only 5-1 team, followed by Kansas City in second at 4-2.

Maybe it's the Bengals bias in me, but before the season, I was trying to talk myself into reasons why the Bills and/or Chiefs might decline a touch in 2022. Like maybe Buffalo would really miss such a critical piece to its puzzle in offensive play-caller Brian Daboll — all he's done is lead the fucking Giants to a 5-1 record, after all — or maybe KC would miss a game-changing playmaker like Tyreek Hill. Seemed logical enough.

Turns out, as long as you have Patrick Mahomes…or more accurately on this particular day, JOSH ALLEN…you can overcome a lot. Plus, the continuity on the Chiefs' offensive staff is nothing to sneeze at, and the same goes for the Bills defensively. They're still elite on that side of the ball. Case in point:

Now all I need is some leaked Ken Dorsey footage freaking the hell out over that winning TD. Dorsey is crushing it as OC in Daboll's stead. The Bills should do all they can to keep him so as not to have a revolving door of coordinators for Allen to work with.