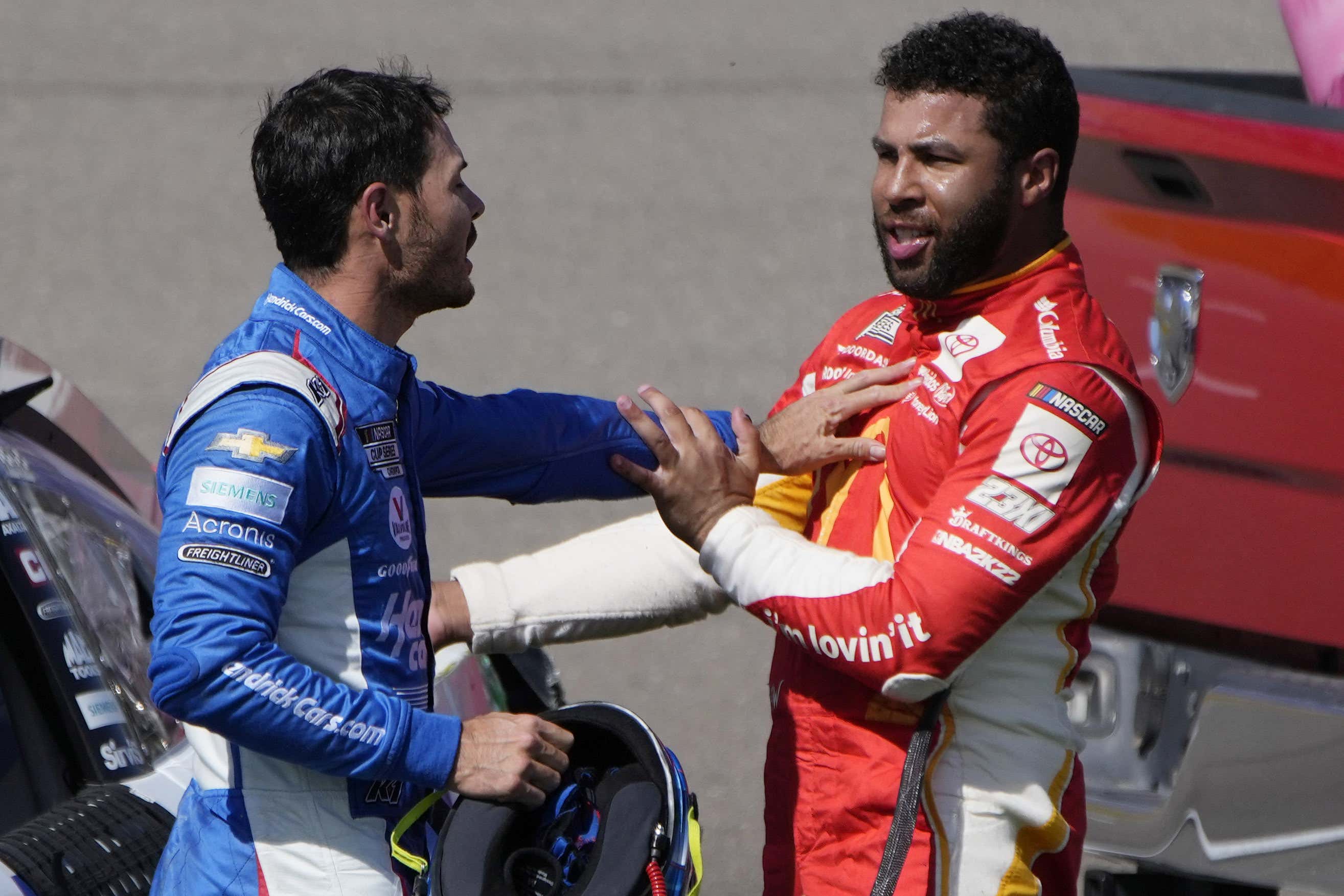 NASCAR Playoffs are heating up and despite being out, Kyle Larson and Bubba Wallace are still making headlines.

Bubba, thinking he got squeezed into the wall by Larson, seemingly decides to retaliate and in turn takes out Larson and Playoff driver Christopher Bell

Bubba wasn't done yet, going after Kyle Larson once outside of the car. Larson just took it.

Bubba then denied it was intentional in driver interview

What do you think? Did Larson race him dirty? Was Bubba's response intentional?

I'm giving Bubba the benefit of the doubt here. Given the safety concerns with the next gen cars I don't think Bubba would be stupid enough to make this move intentionally, regardless of his outside position in the Playoffs.

Tune in to the NASCAR Playoffs now on NBC.

Also Myself, Large, Tommy Smokes, Eddie, and the Mean Girls will be in attendance for next week's Homestead Miami race.