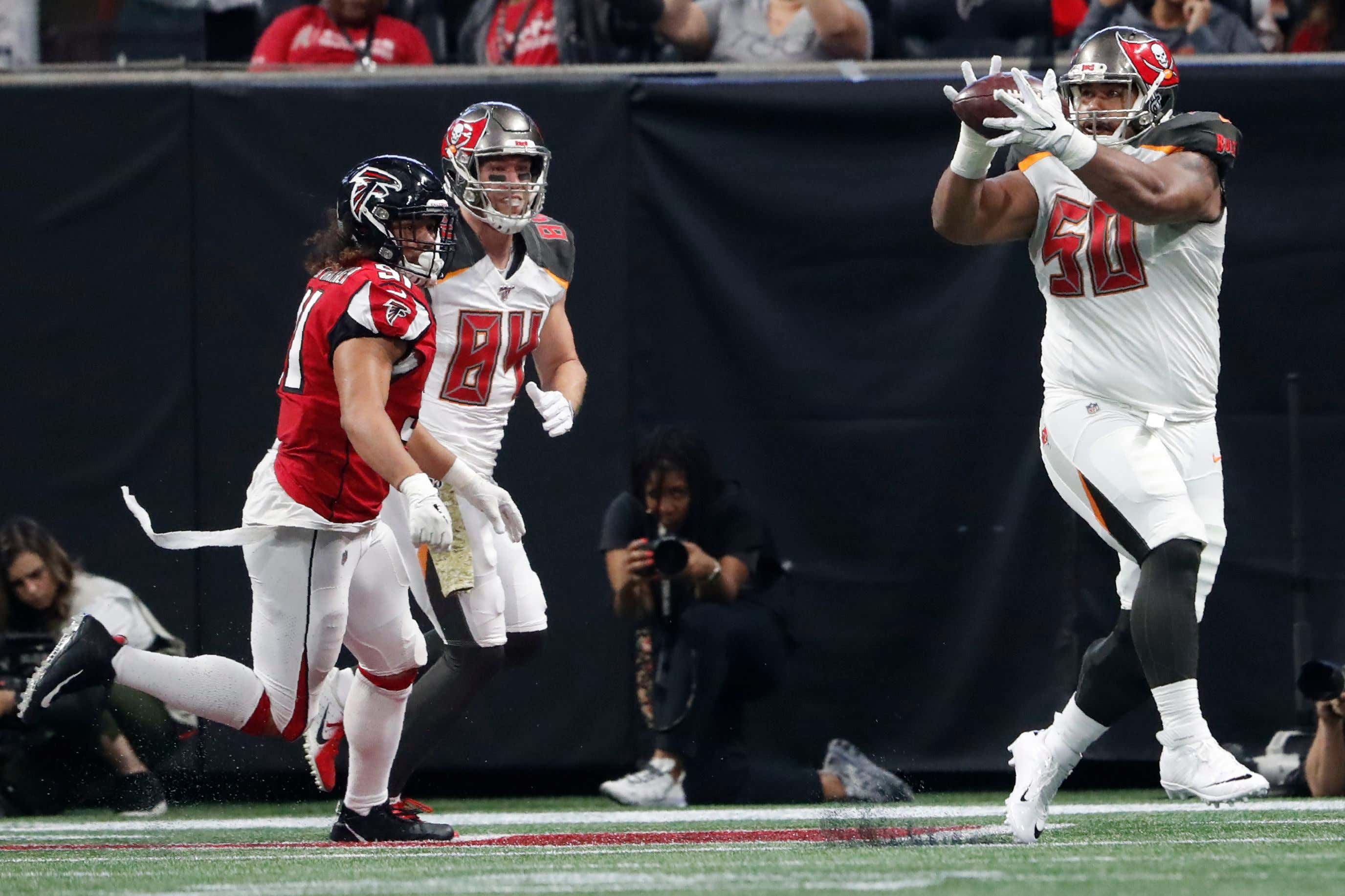 Vita Vea is 6'4" 347 lbs. and an absolute monster on the interior of the fierce Buccaneers Defensive Line. He's been dominant almost from the start and has consistently been my favorite player to break down when watching tape. He does so many unique things that you don't see a guy his size do.

He dumps guys on their backside on a weekly basis, and nobody is immune.

But he can also be deceivingly quick.

You know at his size he can play the run, and boy does he!

He even lines up once in awhile on offense and can catch a touchdown.

But in their Week 3 matchup vs. the Packers, the Bucs dropped him in coverage! The 347 pounder was roaming the hook/curl area in the red zone and after watching this behind the scenes of the play, he's got instincts too! Check out Vita absolutely destroying Aaron Jones here to cause a fumble.

He never ceases to amaze me! Check out the full episode of In The Current, which is a Hard Knocks series style documentary of the Buccaneers 2022 season. Episode 2 just dropped on Wednesday.