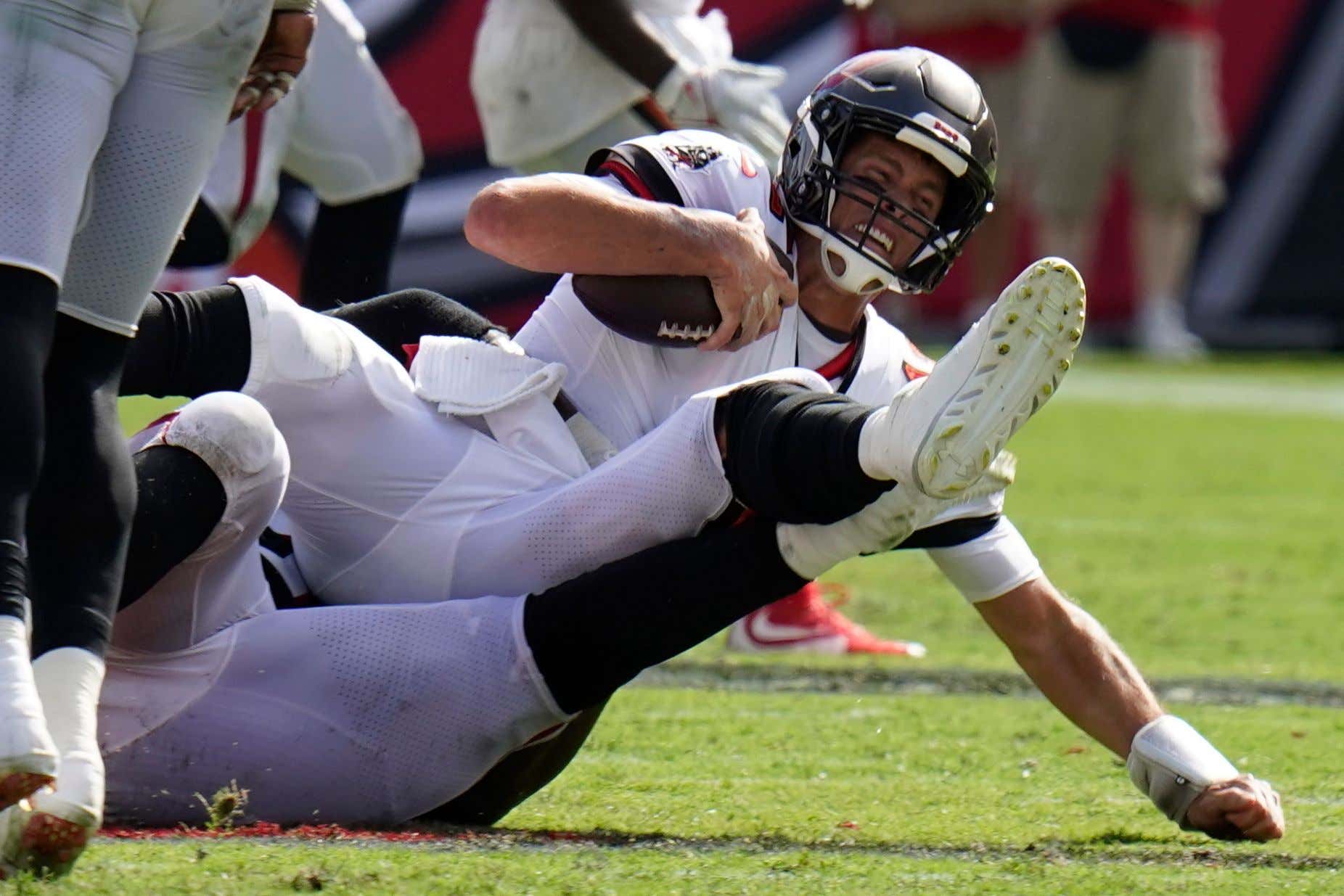 One of the true drawbacks to being Tom Brady is this pernicious idea that somehow he benefits from special rules that are applied only to him, and no other NFL players. For example, the league passed a rule making it illegal to hit a quarterback below the knee after Carson Palmer got taken out by Pittsburgh's Kimo Von Oelhoffen in a 2004 Wild Card playoff. But ever since Brady missed the 2008 season thanks to a similar hit from Bernard "Patriots Angel of Death" Pollard, "The Carson Palmer Rule" has been misnamed "The Tom Brady Rule."

So it was inevitable that when the Falcons' Grady Jarrett got called for Roughing the Passer Sunday, the world would again accuse the league of applying a Halo Effect to Brady and Brady alone.

I mean, it's pretty funny to claim the NFL is somehow extra deferential to this one player, given that they falsely accused him and threw him into Football Shawshank over the same phenomenon that makes the tire pressure warning signal on your dashboard light up this time every year. And the outraged hand-wringing from Sunday wasn't limited to just questioning the RTP call on Jarrett. There was this non-call after some accused Brady of to kick Jarrett. Allegedly:

Well for all of you conspiracy theorists screaming at your screens about the inequity and unfairness of the way rules are applied, you can relax. Take the Reynold's Wrap off your head and take a deep breath. I have welcome news for you:

There. Are you happy now? Is this what you wanted? An $11,000 fine might not have taught Brady a lesson, but that extra 139 bucks will for sure drive the point home. For good. Actions have consequences. Lesson learned.

And this figure is no doubt the going rate for a repeat offender like Brady. He's been bullying opponents long enough. From that Unnecessary Roughness penalty he once picked up against the Bears in 2002, to that Kung Fu kick he landed on his chief nemesis Ed Reed in the 2012 championship game:

This bloodthirsty headhunter has been officially put on notice. His reign of terror is over. No longer will NFL defenders have to fear his savage attacks. Or else it's going to get very, very expensive for him. I don't know how many luxury brand hoodies with his name across the chest Brady has to sell to clear $11,139, but I bet it's quite a few. So he'd better knock off the Vontaze Burfict act immediately, if he doesn't want to end up fined into the poor house.

So let's knock off this talk about special rules. Brady is paying the same price for any man would. Justice is served.