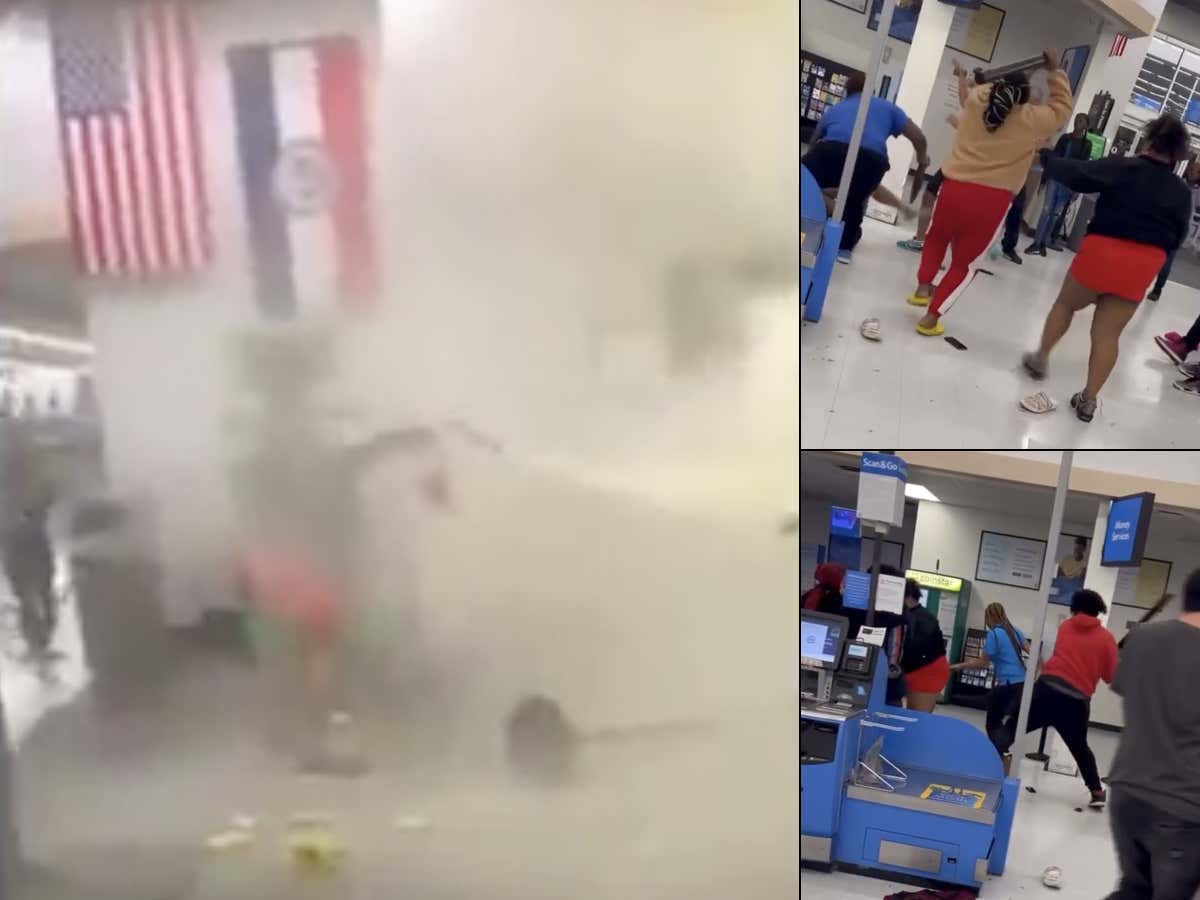 If you're ever in the mood for a fight your best option is likely your local Walmart after dark because anything goes. I'd venture to guess 80% of all viral fight videos happen at a Walmart and that number might be low to be honest. The other day in Missouri we had ourselves a firecracker of a scrum that involved what looked like 20 people. To the footage we go!

No idea what caused this chaos. Coulda been someone trying to use way too many coupons and taking too long, maybe a line-cut, possibly someone taking the last of a product and deciding a fight to the death was the only option. Whatever the reason I'm sure it was worth it.

We jump right in with people on the ground, getting hammer fisted to a pulp. All of that shit stops on a dime the moment the woman with the giant pole enters the chat.

"Get the fuck off my mamma, bitch"

It's all fun and games until someone's mamma is on the ground in a fight. That's when we turn to the store for impromptu weapons to get mamma back on her feet. What was once a pole used to help create lines for people to wait in had now been transformed into a baseball bat.

Now there's a lot going on in this video, but the woman in the purple shirt grabbing the pole/bat mid-swing from the lady in the red pants is one of the more impressive feats I've ever seen. 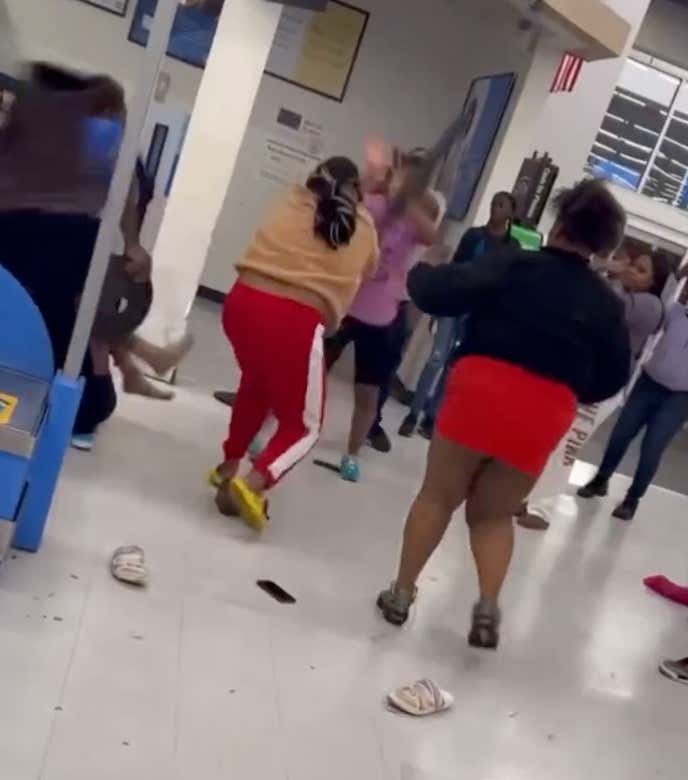 She was engaged mid-kick, saw the woman charging with the pole, and stopped that sucker mid swing. I mean that connects on her head and it's light out, but she ripped it out of her hands no problem. If I'm in that fight on the opposing team and I see that, I'm packing it up and heading home for the day. Don't need to fuck around and find out with that menace.

Now with the pole in hand her teammate, large man in the red hoodie, grabbed it from her and took a swing like he was in a home run derby. That connects on a ball and it's 100mph+ exit velo.

Just look at this battle sequence

In another impressive feat of human ability, the woman in the red skirt just eats this swing to the back. Didn't even feel it. Had no idea it even happened.

Things appear to die down there as people head out, while the woman in the purple smashes some phones as a parting gift.

Lee Corso voice: Not so fast!

One of the crazier jump cuts I've ever witnessed. Thought the whole party was over and now the lady in the red skirt found herself a fire extinguisher. Madness. Smoke EVERYWHERE. Don't need people running around with poles as bats while I can't see anything.

Where are the police? I'll tell ya where. They got the call a brawl was happening at the Walmart and they decided to do an extra loop or two to buy some time. Maybe check on that noise complaint a few neighborhoods away.

The fight broke out at a Walmart in Ferguson just after 9 p.m. on Tuesday, Oct. 11, the Ferguson Police Department told KSDK. By the time officers arrived, the fight was over and those involved had fled, police said. (source)

Funny how everyone had fled by the time the cops showed up. Pro move by them. It's late, no one Is trying to break up a 20 person brawl. Let that shit die down and then assess the damage.

Walmart fights never fail to deliver. The gift that keeps on giving.