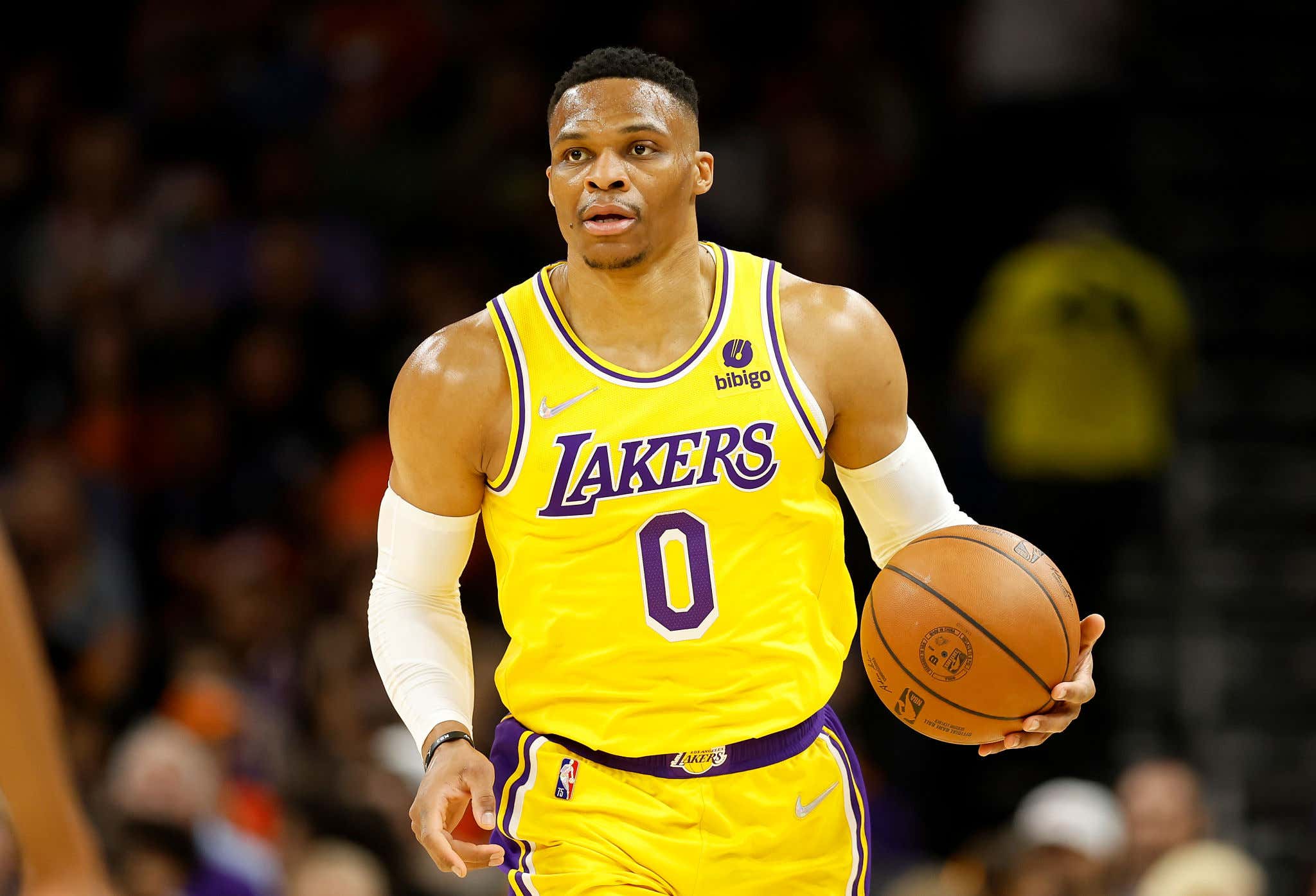 You may remember back in early August it was reported that the Lakers were finally going to allow their head coach actually to make decisions about his rotations late in games, even if it meant benching Russell Westbrook

Very big of Jeanie Buss to allow the head coach to make lineup decisions midgame. Credit to her.

On some level, I can't believe they actually did it. Sure it's a fake preseason finale game, but even still. You don't do something like this unless you're really considering it for the regular season and beyond. Their reasoning makes some sense in theory I suppose, by limiting his off ball possessions you don't have to worry as much about his dogshit shooting and can utilize him in ways that he's most effective, which is with the ball in his hands and being aggressive. I get that. But at the same time, wasn't Westbrook hero ball/iso ball kind of what played into his and the team's struggles? I'm not so sure Russ calling his own number was a great option last season but hey I'm down to see what it looks like.

I guess if the Lakers aren't going to be able to trade him, which certainly looks to be the case, you have to try everything available to you in an effort to make this work. You worry about the ego aspect and how he'll handle something like this, but it's not like he's getting the John Wall Rockets treatment where the team is just paying him to stay away from the team entirely. Here's my question though for when the games really count. Let's say Russ does come off the bench and Pat Bev starts. You know what that means?

That means the Lakers are going to put out a second unit backcourt of Dennis Schroder AND Russell Westbrook. That makes no goddamn sense. Both need the ball in their hand, neither guy is all that great off ball or as a spot up shooter. So how exactly does that solve any issues that you think Russ has by playing with the starters? I just watched what Dennis Schroder looks like playing next to a guard that shoots in the low 30s from deep. It doesn't work. He's also too inconsistent of a shooter to utilize his minutes off ball. Dennis is better when he's creating his own shot. That's the same shit as Russ, so make that make sense to me.

Either way, this is just another layer to what should be a fascinating Lakers season. It's either all going to come together and work with LeBron and AD staying healthy and things will look great or this is all going to blow up in a gigantic disaster. There's really no in-between.