Okay, bare with me here. I'm not the best at math but I'm going to try and do a caffeine conversion WITHOUT A CALCULATOR.

If true, I would generally advise against this as I don't want to see another Ohio State coach have to step away due to heart problems…. 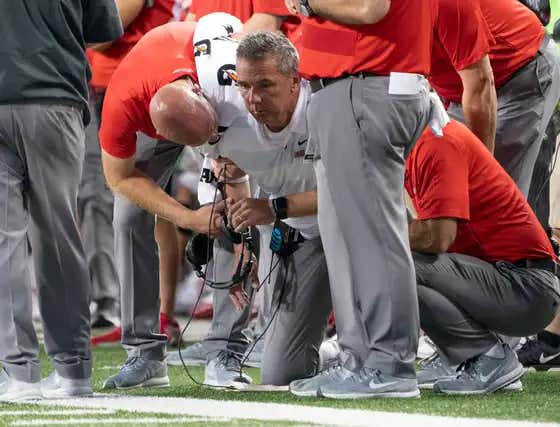 ….however since it's Jim Knowles, my stance is he can do whatever he damn well pleases.

The defense has gone from giving up 23 points and 373 yards per game to 14 points per game and 263 yards. Our get off the field rate on 3rd down has gotten 15% better this year. I don't care if Jim Knowles is mixing in three espresso shots and the blood of the most endangered animals on the planet, drink what you need to keep this defense rolling. The only thing that has been able to beat the Buckeyes in the past couple years has been our defense, and now we're ranked 7th in the country in Total Defense (with the #1 ranked offense….by a mile). Drink up, Coach!