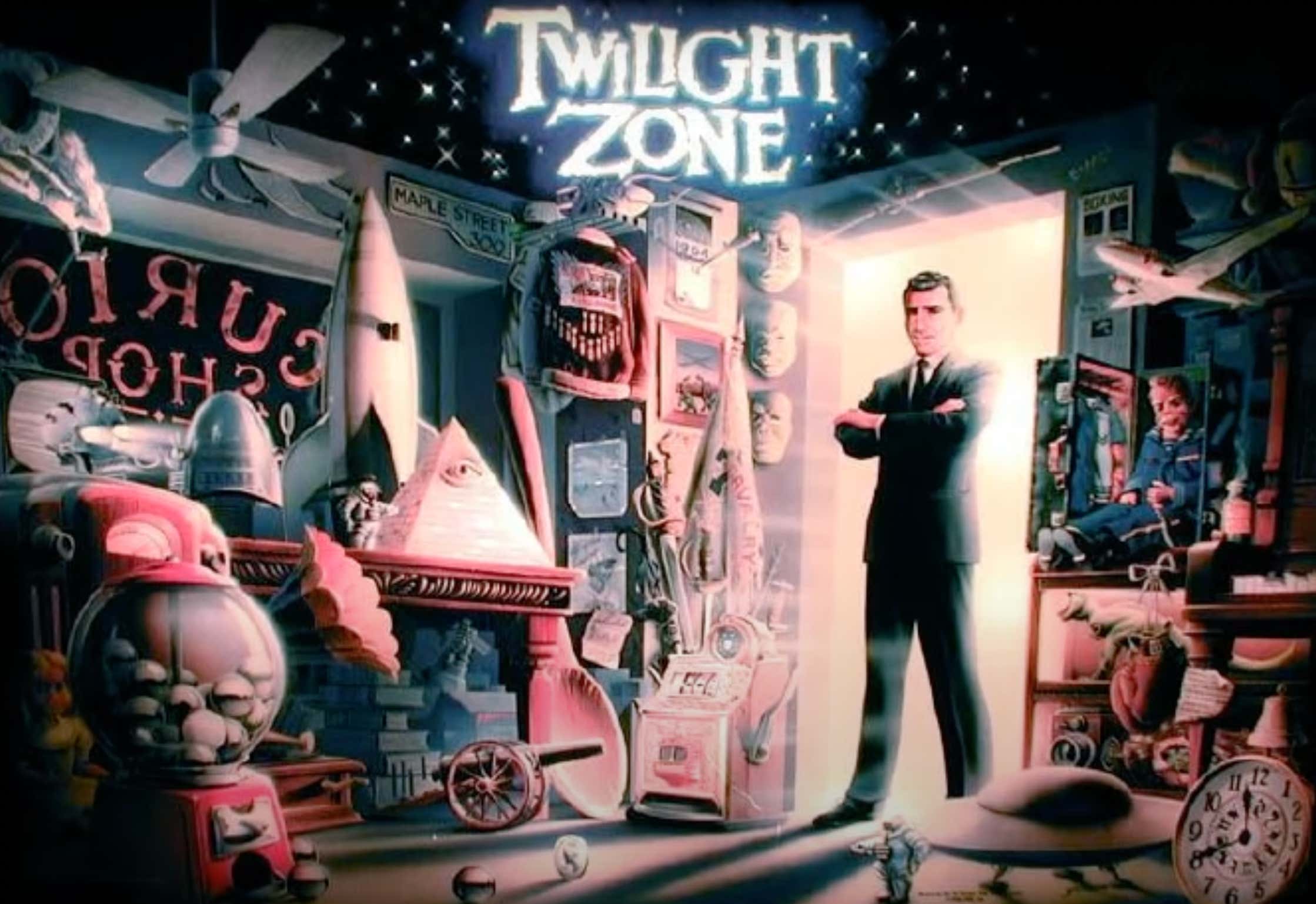 The original Twilight Zone was indeed an anomaly. So many have tried to recreate Rod Serling’s magic (the show has been rebooted three times since his passing), and they’ve been unable to do it. And while there are many Twilight Zone episodes that are dated by today’s standards, there are still countless episodes that remain as timeless as ever. Back in the summer of 2010, I watched every episode of the original series. Why did I do this? I’m not quite sure. Castellani is a known weirdo. And while I acknowledge how cornball many of these episodes are, there truly was something special about Serling’s ingenuity and imagination. Considering we’re in the Halloween season, I figured I’d give you my list of the five best episodes the show offers. Keep in mind this is my opinion. There will be many iconic episodes that will not crack this top five. There are so many unique stories here, and I’d be interested in knowing other people’s favorites. Let’s get started. Because I want to ensure that I cite my sources, all episode descriptions come from IMDB.

Number 5- "A Stop At Willoughby"

Tired of his miserable job and wife, a businessman starts dreaming on the train each night, about an old, idyllic town called Willoughby. Soon he has to know whether the town is real and fancies the thought of seeking refuge there.

"The Twilight Zone" is technically a horror anthology series, but I feel like some of the series' best episodes were the sincere episodes in which Serling told more human stories. "A Stop At Willoughby" is a prime example of what has made this series so everlasting. For an episode that was released in 1960, it feels remarkably relevant. We all wish at some point that we could turn our phones off for a day and go back to a simpler time, and this story is a perfect allegory for that. Give this one a watch if you haven't already.

Number 4- "The Monsters Are Due On Maple Street"

On a peaceful suburban street, strange occurrences and mysterious people stoke the residents' paranoia to a disastrous intensity.

I never had the privilege of meeting Rod Serling, but I'm under the impression that he lived under the belief that most people are idiots who will throw all caution to the wind in a time of crisis. He strikes me as a man with a pessimistic view of society, which comes across in this episode. This is one of the more recognizable premises of the series, and it stands out for good reasons. Much like most of the acting in this series, the drama is a little hammy, but the chemistry among the cast is excellent, and the premise is genius. I don't know if he's ever mentioned it publicly, but I feel like this episode was a massive inspiration behind Stephen King's "The Mist." Sometimes, the greatest monsters of all are people. Serling nailed that message in this episode.

A former German SS captain returns to Dachau concentration camp and begins reminiscing on the power he enjoyed there, until he finds himself on trial by those who died at his hands.

This is one of the most overlooked and satisfying episodes of the entire series. Unless you're Kanye West, I think we can all agree that there were a few things better than watching a Nazi get his comeuppance. You could tell this was a very personal episode for Serling, who is unafraid to acknowledge the horrors of the Holocaust in this episode. It belongs in these top five because of its relevancy. We tend to ignore atrocity when it's convenient, and there is no greater atrocity than the Holocaust. Serling was a man ahead of his time, and his final message in this episode is heartfelt and incredibly relevant.

Number 2- "Eye Of The Beholder"

A young woman lying in a hospital bed, her head wrapped in bandages, awaits the outcome of a surgical procedure performed by the State in a last-ditch attempt to make her look "normal."

"Eye Of The Beholder" isn't quite my favorite Twilight Zone episode, but it may very well be the best. As much as I love this series, I'd be the first to acknowledge how cheap many of the episodes look. That's not the case here. This episode is so well shot, and the cinematography still holds up to this day. The message is delivered with honest sincerity. It's also surprisingly subtle. In the hands of a worse creator, it would've come across as preachy and eye-roll-inducing. But Serling and company hit all the right beats here. It's a perfect episode for anyone who has ever struggled with self-image, and it's a friendly reminder that beauty truly is in the eye of the beholder.

A man, fed up with where he's at in life, finds himself not only in his old hometown, but back to the time when he was a boy.

This was only the fifth episode of the original series. Ironically it's one that Rod Serling was not even that big of a fan of. And while I should not be one to question his genius, I strongly disagree. I'm a massive fan of nostalgia. And while I think it gets overblown in movies nowadays, there is something unique about reminiscing about your past. This episode nails that. You're only a kid once, and "Walking Distance" acknowledges that. We all take for granted those precious moments that we had growing up. This is a remarkably simplistic episode, and I mean this in the best way possible. It doesn't have the iconic twists that the series was known for, but it does feature one of the most underrated elements of "The Twilight Zone," and that's heart. Serling is fully aware of how easy it is to look back on the past, and it's what makes this episode so honest. The final interaction between Martin and his dad brings tears to my eyes every time.

One of the great tragedies in pop culture history is that Rod Serling passed away at age 50. There was so many great stories that were sadly left untold due to his passing. He was a true genius with such a brilliant mind. He's one of my heroes, and the influence that "The Twilight Zone" has had on so many creators is a testament to him. Even though I only listed my five favorites, I recommend diving into as many episodes as possible. It remains a true staple of anthology television. Give it another look if you can. You never know what you might find…In the Twilight Zone.