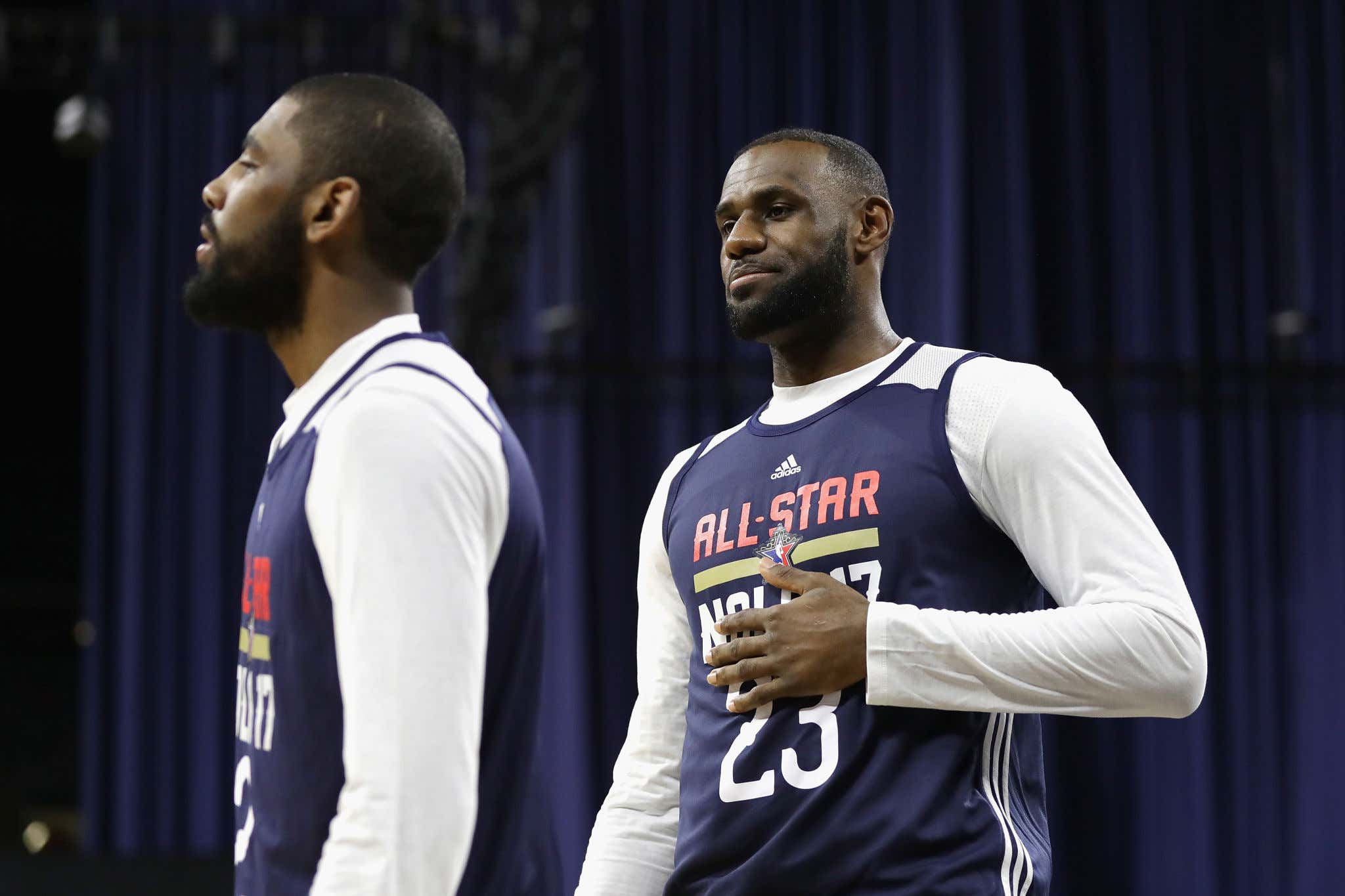 Kyrie Irving is in the final year of a 4-year $136M deal with the Nets that has tarnished the franchise and the star's image, almost irreparably. Kyrie's so much so that the Nets struggled to find a trade partner for the disgruntled point guard this off-season after his trade demand.

When he is on the court, Kyrie is still as talented as ever. His handle is arguably the most mesmerizing thing in the NBA right now.

And he can take over a game with his scoring ability.

Meanwhile in LA, the Lakers are trying to get back to their championship form. With Anthony Davis and LeBron James as their core, they added Russell Westbrook last year which didn't fit as seamlessly as they'd hoped. This year they traded for Barstool's own Patrick Beverley and they look to be more formidable in a rough and tumble Western Conference. But the thing about Russ is that his contract, much like Kyrie's is expiring. So that's $47.6M that comes off the cap after this season which opens up room for LeBron's old runningmate, Kyrie Irving.

When these two were together in Cleveland, they were outstanding.

They won the Championship in 2016 but had a falling out afterwards that's not uncommon for title teams with two superstars. With both in new destinations a rivalry was born, but in recent years, both have matured and squashed the beef. There have been rumors they'd like to link up again as recently as this summer, but the Lakers were all capped out and couldn't make a deal happen. But then today, Stephen A. Smith has reported that this is Kyrie's last dance with Brooklyn and he plans on relocating after the season to link up with his old friend, LeBron.

Would this be the piece that the Lakers need to push them over the top? LeBron would be turning 39 that season and father time is undefeated with the exception of his one L to Tom Brady. A lot of time til then, but we'll see if these two reunite in La La Land.

In the meantime, check out Barstool's newest podcast with one of the Lakers newest additions, Patrick Beverley and our guy Rone. In that latest episode, he gives his breakdown of the Lakers dynamic as well as thoughts on the Draymond punch, his relationship with his now teammate Russell Westbrook and more.