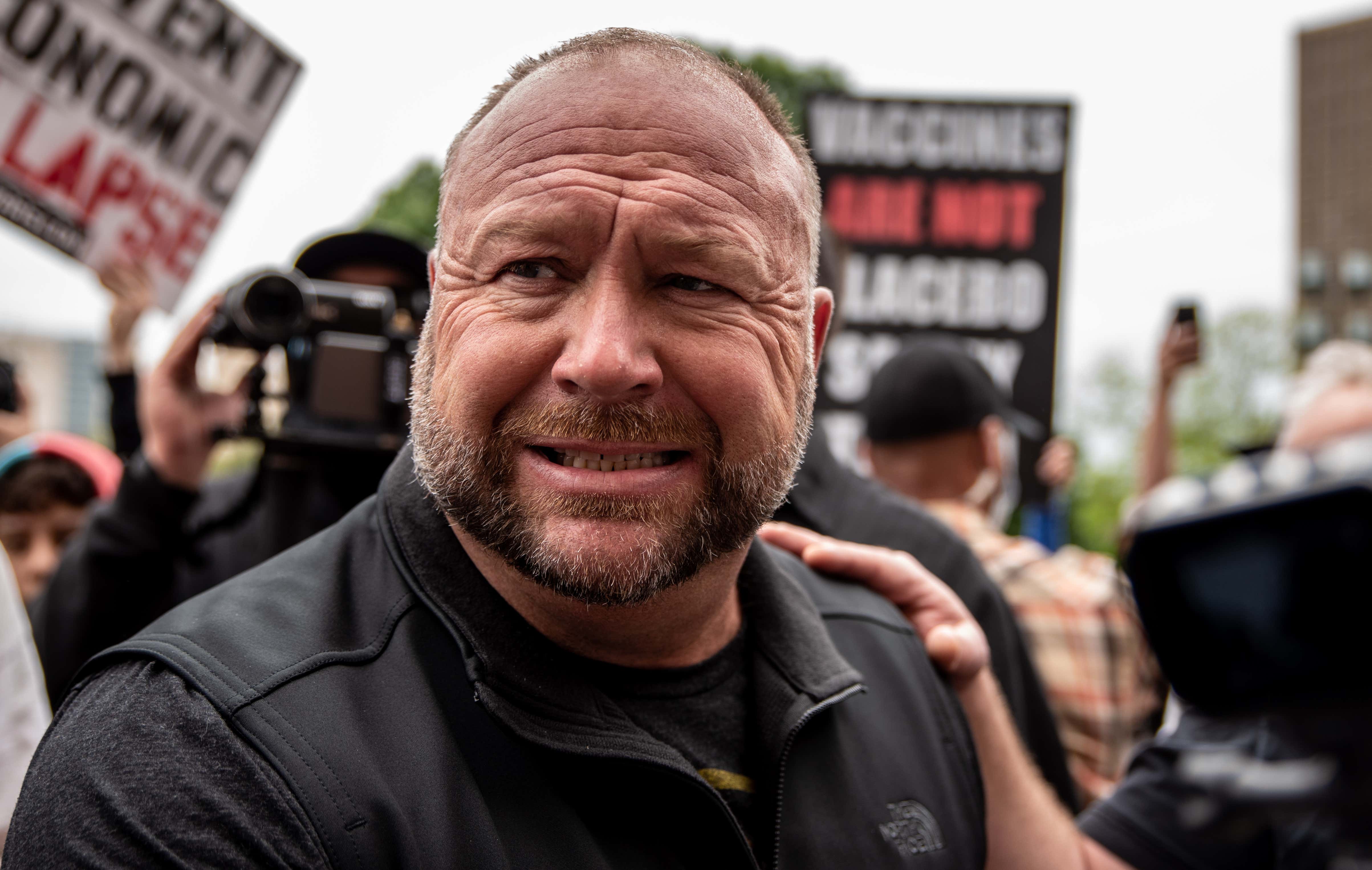 This afternoon a jury in Connecticut gave conspiracy nut job Alex Jones a little bit of his own karma, and to the tune of nearly $1B.

For some background on this particular case:

The lawsuit accused Jones and Infowars’ parent company, Free Speech Systems, of using the [Sandy Hook Elementary School] mass killing to build his audience and make millions of dollars. Experts testified that Jones’ audience swelled when he made Sandy Hook a topic on the show, as did his revenue from product sales.

Here's a thread from a reporter who watched it unfold:

Many are arguing that losing your child in a horrific massacre & then having someone call it a hoax and then your grieving family getting stalked and trolled and harassed for years to follow is actually what Hell's like. But who am I to say? 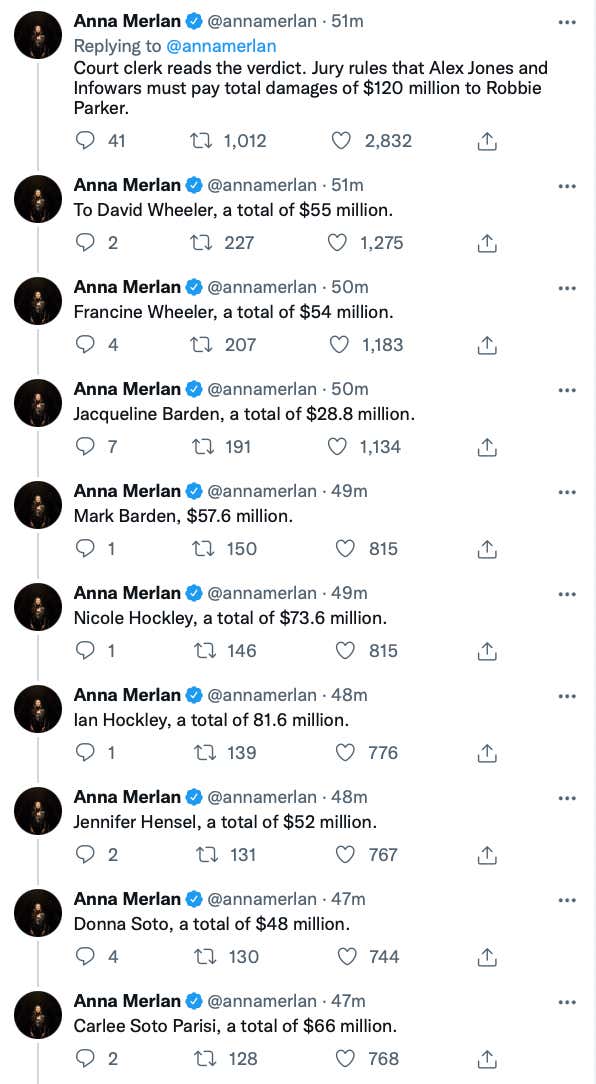 As per usual, none of this stopped Jones from continuing to ramble his usual BS, grift his followers & double down on being an awful, bloated, waste of space:

All told, the jury decided he should pay a total of $965M for his false claims about the Sandy Hook Elementary School shooting being a hoax. I don't think any amount will ever be enough for what they had to deal with:

Strangers showed up at their homes to record them. People hurled abusive comments on social media. Erica Lafferty, the daughter of slain Sandy Hook principal Dawn Hochsprung, testified that people mailed rape threats to her house. Mark Barden told of how conspiracy theorists had urinated on the grave of his 7-year-old son, Daniel, and threatened to dig up the coffin.

Testifying during the trial, Jones acknowledged he had been wrong about Sandy Hook. The shooting was real, he said. But both in the courtroom and on his show, he was defiant.

He called the proceedings a “kangaroo court,” mocked the judge, called the plaintiffs’ lawyer an ambulance chaser and labeled the case an affront to free speech rights.

This was the second lawsuit (with a third coming up after this) and one can only hope this is what finally brings a truly awful human being crashing down for good. I'd like to think there's no way he can sell enough bogus supplements, magic pills or whatever else to come back from this.