“I don’t know how it would work,” he admits. “But I’d be open to it if someone came up with the right conceit.”

Hell to the yes brother. 'The Mummy' is one of the all-time great action-adventure movies and both sequels were damn fun (to a slightly lesser extent). You'd be hard pressed to find a movie that matches that same, Indiana Jones type energy from the last 20 years outside of the first Pirates movie. On top of that, Fraser really poured everything into the role of Rick O'Connell. He almost died during his handing scene in the first movie and needed CPR. By the time all three movies were out, he needed multiple surgeries including a laminectomy, a back procedure to relieve pressure on the spinal cord or nerves; a partial knee replacement; more back surgeries to bolt compressed spinal pads together; vocal cord repair and other procedures per People magazine. This was mostly because he tried to do as many of his own stunts as possible because that makes for a better movie.

I say he deserves it. Not just because of all he sacrificed for the movie, not just for hollywood letting his molestor blacklist him but because he is BRENDAN GOD DAMN FRASER and he understands the Mummy better than anyone, including Tom Cruise. He talked about the shitty remake actually.

“It is hard to make that movie,” he says. “The ingredient that we had going for our Mummy, which I didn’t see in that film, was fun. That was what was lacking in that incarnation. It was too much of a straight-ahead horror movie. ‘The Mummy’ should be a thrill ride, but not terrifying and scary.”

He just gets it! Better than the biggest movie star in the world does! Nothing has made me happier than his renaissance over the last few years.

ICYMI He was sexually assaulted by the former head of the Hollywood Foreign Press Association and later blacklisted. He then went through a divorce and was forced to pay an obscene alimony. He was ordered to pay approx. $75k a month to his wife based on his income in 2007. Since Fraser's work dried up around then, this was just not tenable for him. And as much as he request to have the amount adjusted over time, the courts just wouldn't hear it.

Over the last few years, though, he has made a comeback in a huge way.

We have been on the Fraser train since before we brought the podcast to Barstool. We even got to interview that beautiful man. 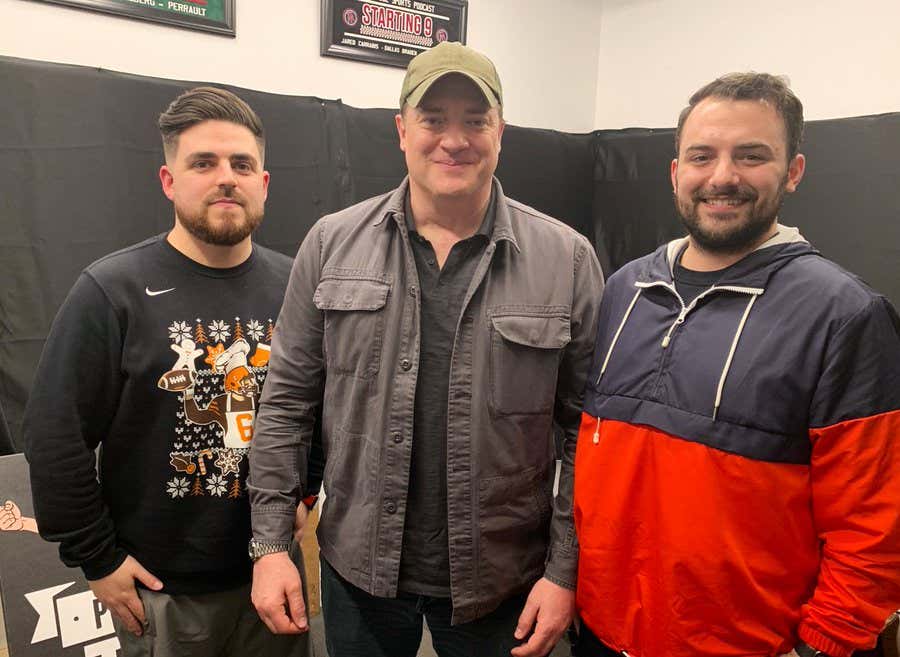 I'm just real pumped up for our baby boy.