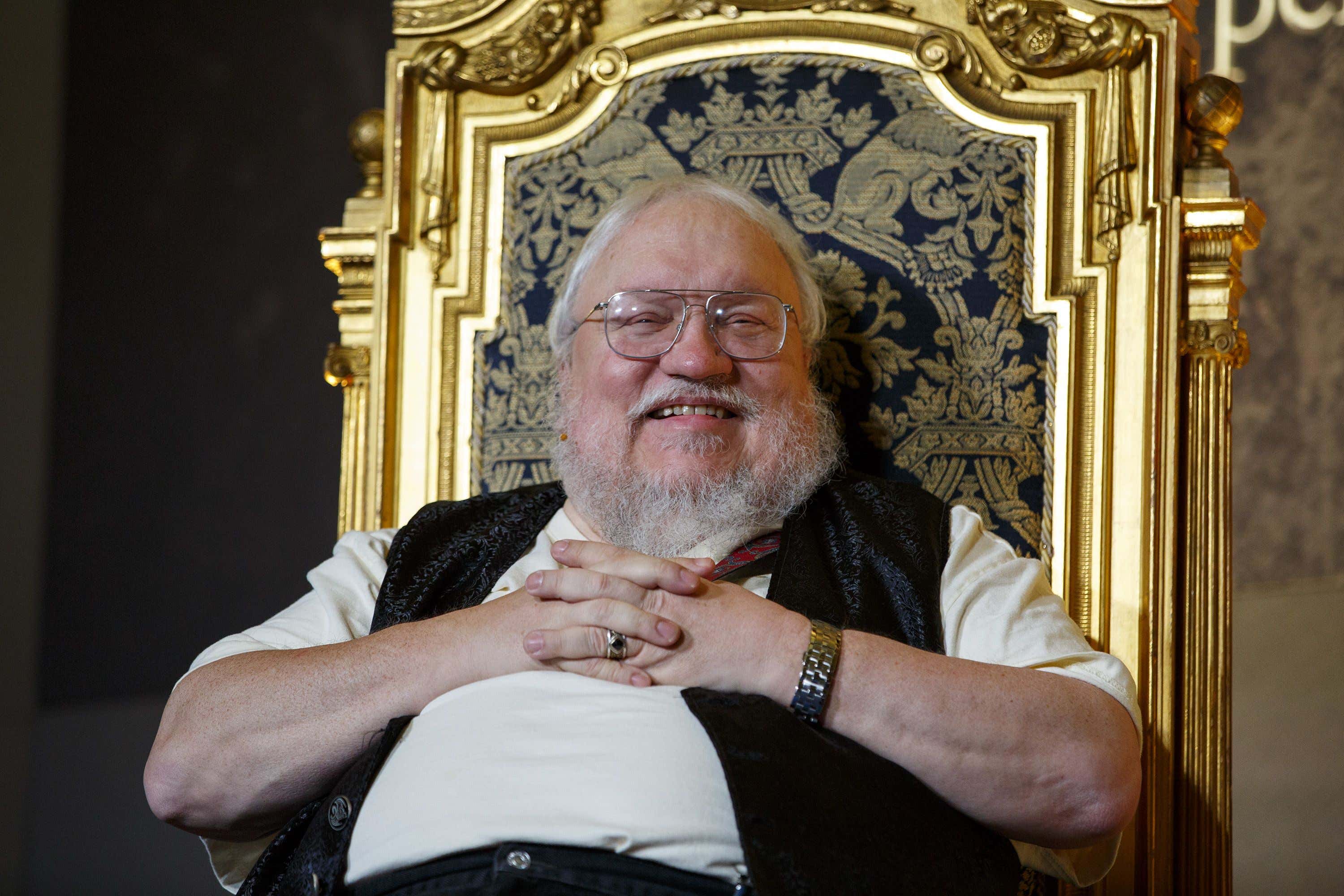 Games Radar- George R.R. Martin has revealed how many seasons House of the Dragon will need to be in order to tell the full story of the Targaryen civil war known as the Dance of the Dragons.  "It is going to take four full seasons of 10 episodes each to do justice to the Dance of the Dragons, from start to finish," the author wrote on his blog. So far, the Game of Thrones prequel has been renewed for season 2 after record-breaking viewing figures for season 1, so things are looking promising. Season 1 has 10 episodes, so we can assume the same will be true for season 2.

Martin also shared his thoughts on the show's pacing, writing: "Do I wish we’d had more time to explore the relationship between Rhaenyra and Ser Harwin, the marriage of Daemon and Laena and their time in Pentos, the birth of various and sundry children (and YES, Alicent gave Viserys four children, three sons and a daughter, their youngest son Daeron is down in Oldtown, we just did not have the time to work him in this season), and everything else we had to skip? Sure."

"If HOUSE OF THE DRAGON had 13 episodes per season, maybe we could have shown all the things we had to 'time jump' over," Martin continued. "Though that would have risked having some viewers complain that the show was too 'slow,' that 'nothing happened.' As it is, I am thrilled that we still have 10 hours every season to tell our tale."

Alright HBO. I know we had our differences in the past. But I need whatever Suit Man or Suit Lady that is in charge of you to listen to every single thing George R.R. Martin says for this show, which has been awesome so far and actually has me excited for Thrones every week. If Geroge says House of the Dragon needs to be four seasons long, make it four seasons long. If George says each season needs to be 10 episodes, make each season 10 episodes. If George says he needs someone sent to his house to chew his food up then spit it into his mouth like a mama bird feeding her baby bird, send the new guy over to do this with him.

Everything that man says about the shows that came from his sick and twisted brain should be gospel. The only time Thrones has ever not been an elite show is when people strayed from George's vision and sped up the entire story (even though a good chunk of that is because this son of a bitch didn't finish the books for said show).

Anyway, four seasons just feels right for HotD. Clearly there are gonna be a lot more time jumps. But there hasn't been one time I've felt like I missed a ton of shit. Once the fire and blood from Fire & Blood really starts raining, we aren't even going to have enough time to notice which actresses have changed since the previous week. Plus this is all just one of what should be a collection of series for Westeros on HBO, so there is no need to draw everything out longer than it has to be. My only suggestion is to only play these upcoming seasons during spring or summer since having to watch Thrones during NFL season and the baseball pennant race is hard to do (but very possible if you have a strong brain like me).

Speaking of baseball, I wanted to get a couple of takes off since I was watching my Mets get dracarys'd to hell by Joe Musgrove and his big shiny ears during this week's House of the Dragon and couldn't join my brothers on Game of Stools, which you can watch below.

- Aemond Targaryen is going to be a fucking PROBLEM for those of us riding with the Blacks against the Greens. It's one thing to have a badass dragon and be the king's son. It's quite another to be an awesome swordsman that can also pull off an eyepatch for a badass look.

- As someone that has been on #TeamDaemon since Day 1, I'll admit spinzoning incest, matricide, and killing that random dude that looked like Laenor was tough. But holy shit did it pay dividends with maybe the highlight of the entire season.

The only thing better than the clean slice of that Valyrian sword was the "He can keep his tongue" line. What a STUD.

- Staying in the same family tree, shout out Paddy Considine for straight up crushing the King Viserys role to the point GRRM said this about him.

We joked a lot about Viserys being more injury prone than Christian McCaffrey. But I thought he was going to die halfway through episode 1 and he made it all the way to episode 8 despite losing limbs and having an eye socket looking to get the pipe.

I'm also not 100% sold he's dead because I actually did start to believe he may be immortal. At the very least, Viserys should be mentioned on the next #GRITWEEK for doing this in his frail state.

- Despite all that, King Viserys may have been a good person and an above average king for keeping the peace. But him and Alicent absolutely SUCKED at parenting their brood because these fuckers are awful (I'll give the daughter a pass because she seems nice if not a bit touched and because I'm pretty sure she's a with with that "beast before the boards line extremely sus).

- Not to mention that he is about to cause generations of war between his own family for being a shitty communicator.

Then again, I find out about 95% of the stuff here at Barstool from either a tweet from a coworker, a clip from the Dave Portnoy Show, or a reddit thread yet somehow everything is fine here.

For much more on this episode, check out this week's Game of Stools in the video above or the podcasts below.