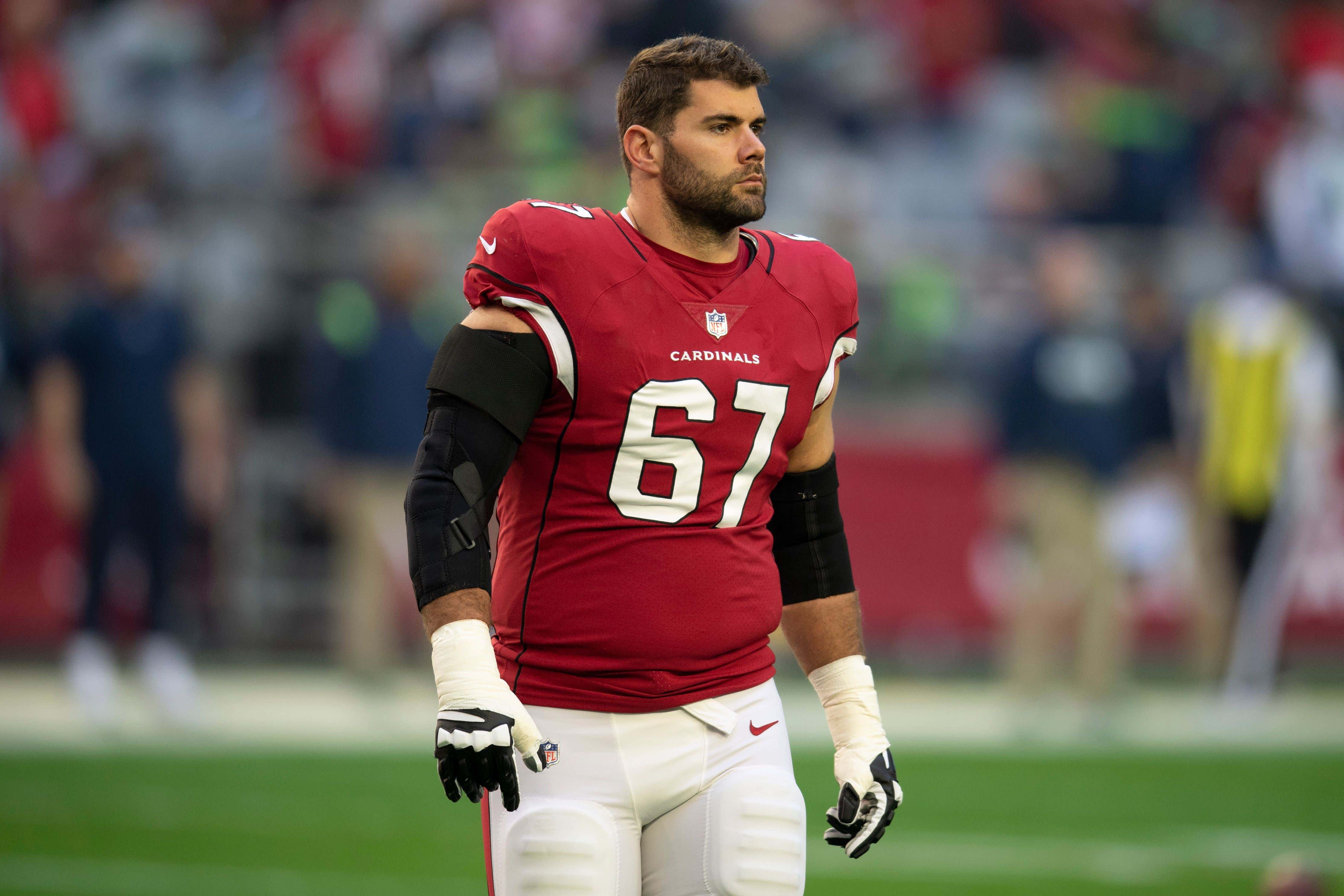 Arizona lost to Philly Sunday 20-17. After absolutely no showing the first quarter, Arizona found a way to somehow rally late to have a game tying field goal attempt. Matt Ammendola missed a 43 yarder with 22 seconds left.

Ammendola has had a hard time this season. He was kicking for the Chiefs earlier this season and in Week 3 missed a field goal in the fourth quarter. He was released by the Chiefs and picked up by The Cards where his struggles continued with another miss against Philly.

It makes sense the reporters would want to point the finger at Ammendola for the loss, so as expected he had the biggest crowd of media outside his locker. He was answering for his mistake, not hiding from it, and I imagine feeling all alone in a sense, or asking "this again?" in reference to his misses late.

That's when Justin Pugh stepped in to have his back.

Pugh then said to Ammendola, “So just keep your fucking head up.”

You have to respect Pugh having his guy's back here and going to bat for him even though everyone loves to just blame the kicker then move on. Very cool moment and says a lot about the kind of guy he is and teammate. The loss probably stung a ton for Pugh who is from Pennsylvania himself. (Guy was hell of a Giant in his day too).

I get it. We live in a world where when a team loses the media, fans, social media, etc. need to find one person to blame it on. It's nice to see Pugh put people in check that it's a team game and in a loss there's a lot of little things you can point at that changed the outcome not just one. I love him jumping in the hole if you will. Rooting for Pugh and The Cards, and Ammendola to turn things around this season. Pugh could play for me any day.

Ps - Here's where the "jump in the hole " story originated

Bonus … here's an unrelated tweet of someone being MIA (pun intended) when someone needed them.