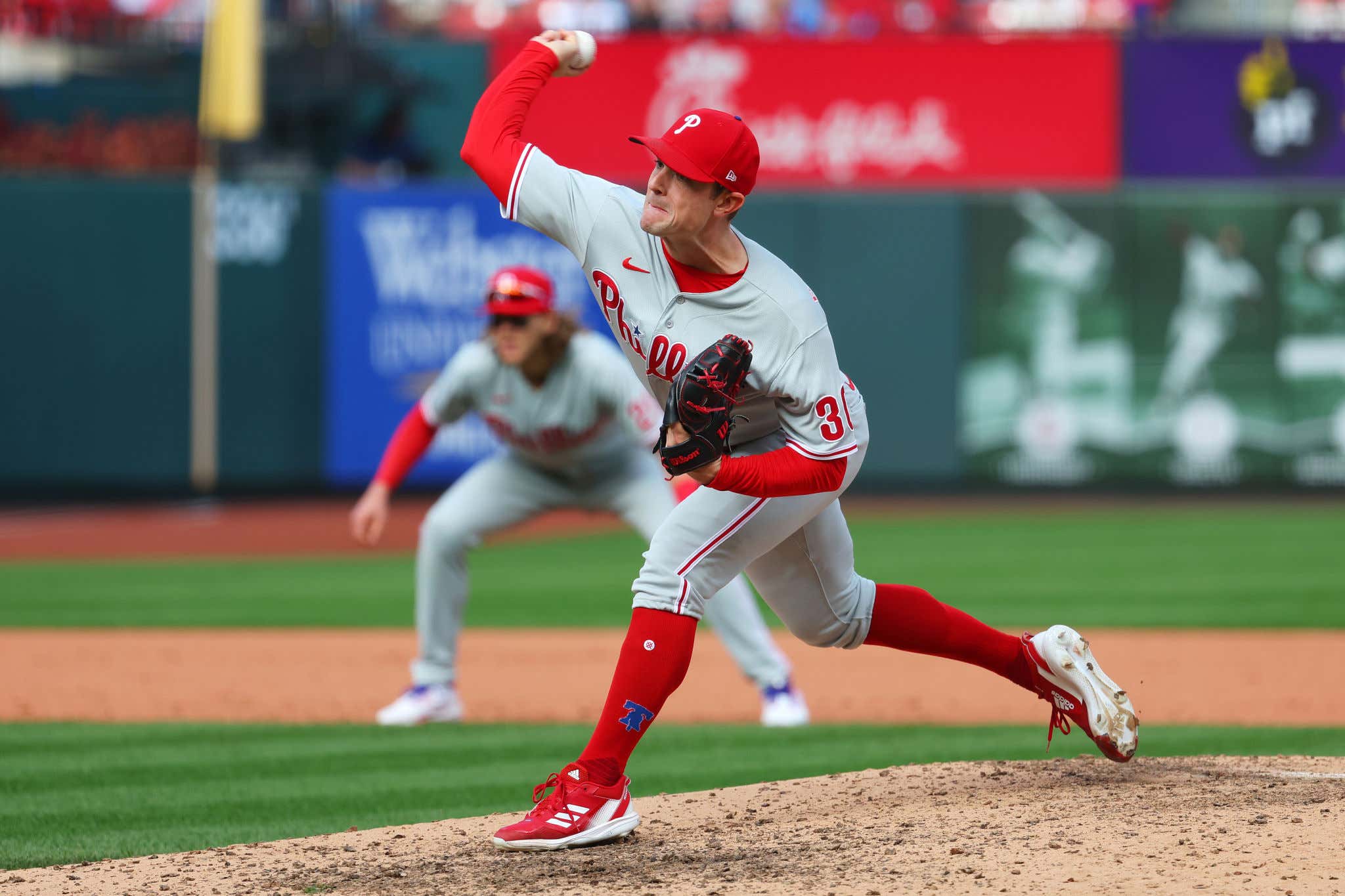 Listen…I know what everybody is going to expect me to do here. You think I'm going to go on and on about how a hockey player wouldn't even miss a shift if they ripped their calf clean off the bone while celebrating a goal, let alone missing an entire playoff series. But you know what?

That moment was fucking awesome. The Phillies are in the postseason for the first time in 11 years. They were on their way to winning their first series in 12 years. And you've got the MVP uncorking a piss missile 20 rows back. The entire city of Philadelphia were jumping around like a bunch of maniacs after that dinger. So really…it could have happened to anyone. I'd be SHOCKED if David Robertson was the only person who suffered an injury after celebrating that homer.

It just so happens that nobody else who would have gotten hurt during that celebration needed to suit up for the NLDS in a few more days. But that's just the way she goes sometimes.

At the end of the day, this just goes to show how high the vibes are in this Phillies clubhouse. The boys are going ecstatic for each other. They want it bad. They need it bad. It might take The Fightins a little extra time to remember how to celebrate during these times since postseason success is completely new to these guys. But they'll dial it in here against Atlanta.

But seriously, baseball players are hilarious. What a crop of the most insanely un-athletic athletes on the planet. Phils in 5.