It's been a long and bumpy road for blink-182. Tom is the living version of the Michael Scott "snip snap snip snap", leaving and joining the band too many times over the last 10 years or so. But all's well that ends well, and Tom is officially BACK in blink, who will have a new album and a world tour in the Spring. Oh happy days! 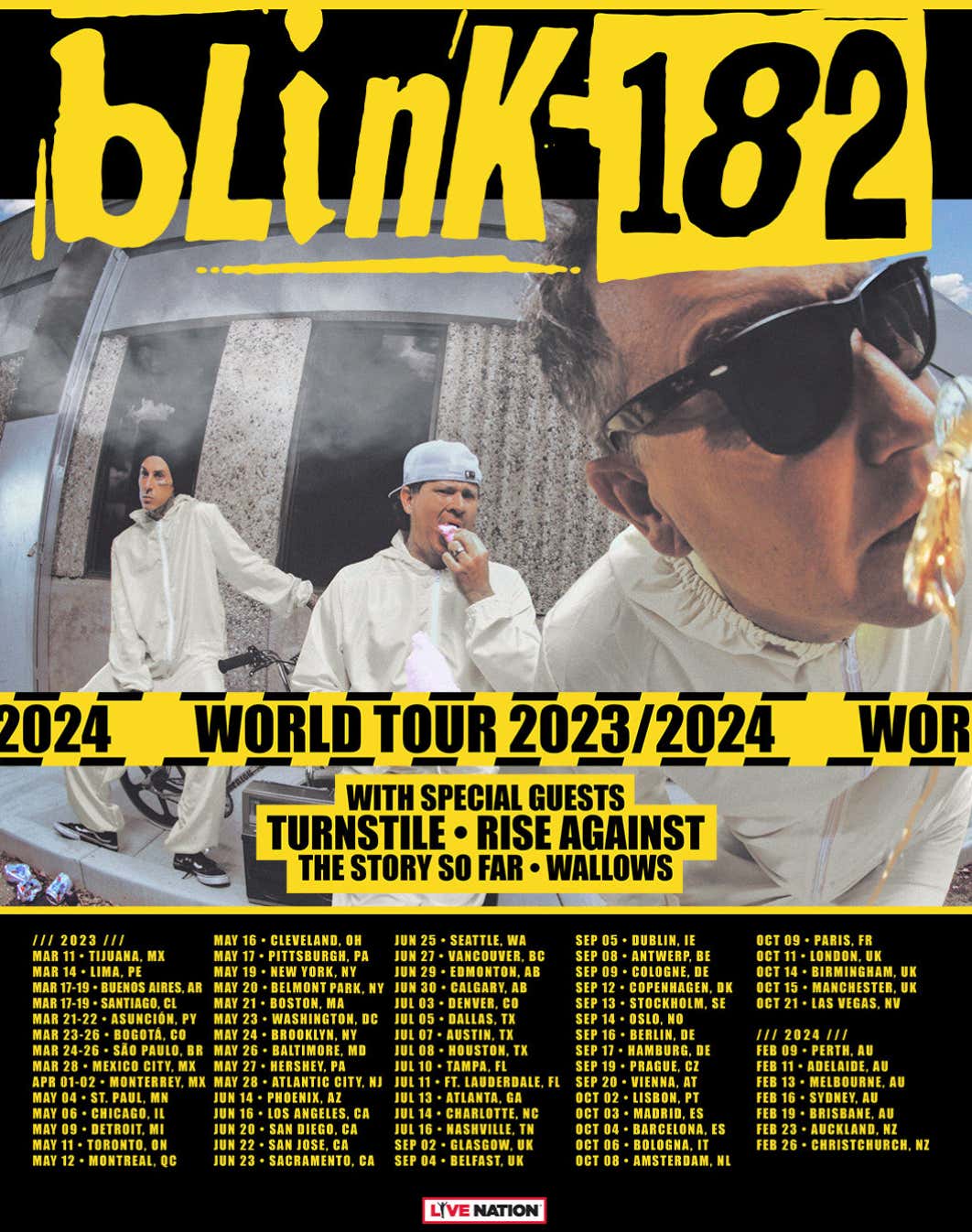 It's so beautiful I could cry! (Or come, if we are keeping up the theme).

Skiba tried to fill in for Tom in the most recent years, but that was never blink-182. I tried my hardest to like his style, but I simply could not come around to it. I would doubt Tom plays any of Matt's songs on this tour- maybe Mark does a tune or two from "California" or "Nine" but I'd be surprised if Tom joined in.

My wish for this tour is classic blink- 90 minutes of playing loud and fast, all the hits, and hopefully Mark plays a couple of tunes from +44 and Tom a couple of tunes from Box Car Racer. Imagine we get "When Your Heart Stops Beating" and "There Is"? Each band already has 2/3 of the members so why the heck not?

Regardless, it's just nice the fellas are once again back together, touring the world, playing their songs like the good ol' days. Maybe they aren't as into poop jokes as they once were, but when "Feeling This" kicks in, none of that will matter.

Now we need Oasis to take note and follow suit and the world will finally be at peace.