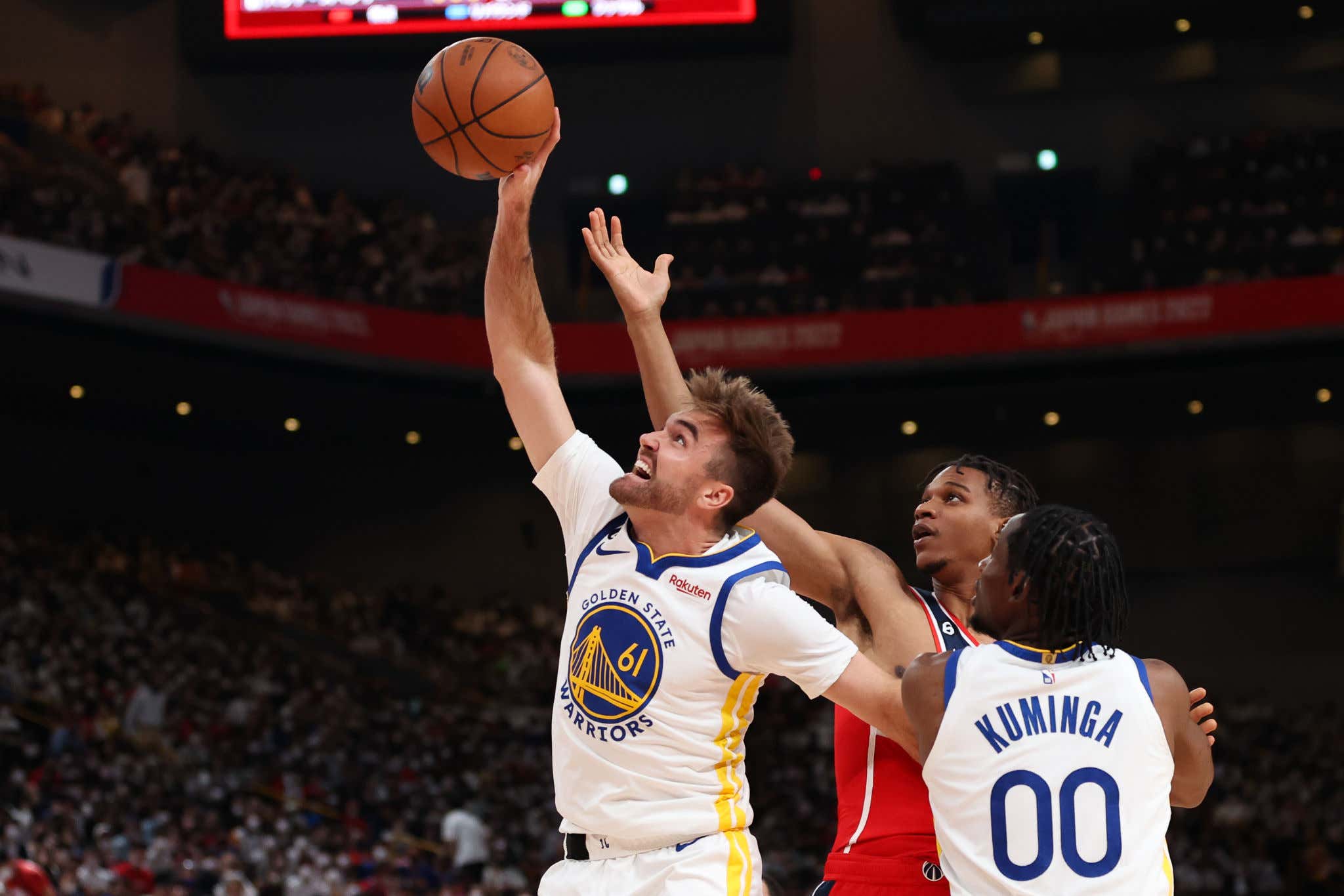 The situation in Golden State right now is one that will most likely have to get even worse before it starts to get better. You've got sucker punches being thrown at practice, security footage getting leaked, guys not speaking to one another. Clearly the internal drama in that organization right now is far too unstable for this team to last through not only a full regular season, but a deep run in the playoffs as well.

Clearly somebody needs to step up and right the ship. It's not Steve Kerr. It's not Steph Curry. It's not Iguodala or Klay or Wiggins. It's gotta be former college lacrosse player and future NBA Finals MVP Pat Spencer.

Now the thing about lacrosse players is that we are the most versatile athletes on the planet. If you're sick at lacrosse, chances are you are sick at plenty of other sports. It doesn't work the other way around. But just recently we've seen Jared Bernhardt go from Maryland lacrosse, where he also won a Tewaaraton Award in 2021, to spending his final year of NCAA eligibility playing DII football at Ferris State, and just this year made the Atlanta Falcons' 53-man roster as an undrafted free agent. Pat Spencer is equally as insane athletically, so he spent his final year of NCAA eligibility playing basketball at Northwestern. After Northwestern he got picked up by a pro team in Germany, last season he moved back to North America to play for the Capital City Go-Go in the G League, and this summer he signed with the Warriors.

Again, he was the college lacrosse national player of the year just a few short years ago and now he's about a week away from making the roster of the reigning NBA Champions. The man just grinds. He's going to be gritty. A real lunch pail type of cat who the Warriors could really use right now to move on from all the drama surrounding that locker room. If one man is going to keep this Warriors train on the tracks, it's Pat Spencer.