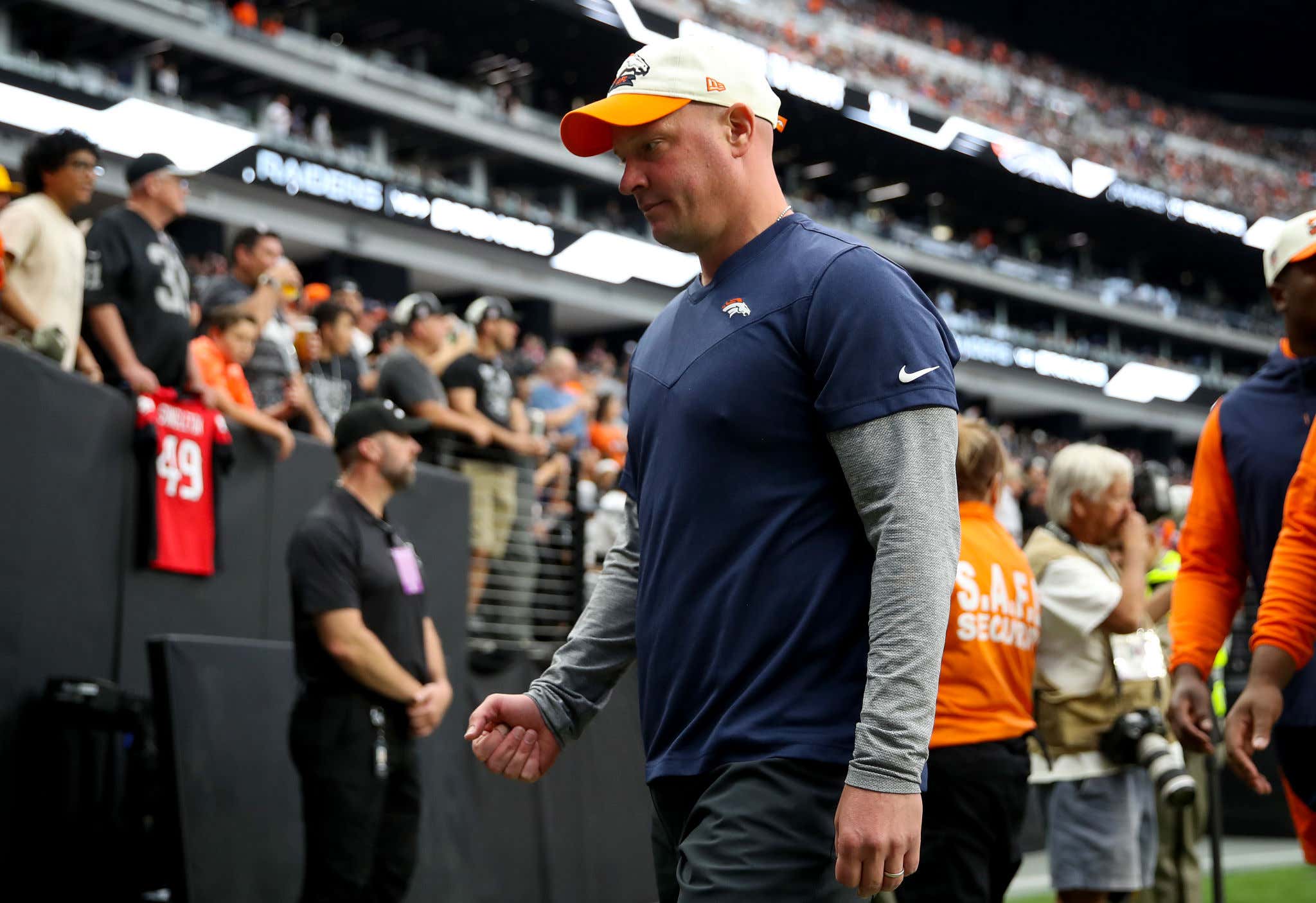 Matt Rhule is laughing his way to the bank as he prepares to pursue one of the top college football coaching vacancies. Think it's pretty safe to say the college guy making the leap to the pros won't be a well NFL franchises go back to again very often, if ever again. Unless Lincoln Riley becomes available and gets bored at USC, that is.

You see the headline. Let's get after it. WHO'S NEXT? Beginning with the less-but-still-quite-likely. And here's the Rhule story, too:

I know the Texans just pulled off a huge upset over the Jaguars on Sunday, but come on. It felt like Lovie Smith was a last resort for Houston after that embarrassing charade of hiring David Culley out of left field last year. Nobody wanted the gig with this franchise.

Smith enjoyed a solid tenure with the Chicago Bears. That was over a decade ago. In between he fared poorly with the Bucs for two seasons and pulled an Inverse Matt Rhule at Illinois, by which I mean he was a decent-enough NFL coach who sucked in college.

Maybe Houston is starting to build something here. I liked their draft. Just not sure Davis Mills is the answer at quarterback. Whether Lovie gets to last long enough to either see Mills reach his potential or to get a crack at another young stud QB remains to be seen. Before Week 5's shocking victory, the Texans were the NFL's only winless team and I don't see many more W's on the schedule. Maybe don't get your hopes too high, Houston. Seems like there's a curse against non-Jags opponents.

4. Dan Campbell is endearing…the Lions team he's presented on the field is not

I know it's only Year 2 of Detroit's new regime of Campbell and GM Brad Holmes. Nevertheless, the clock is ticking. I can empathize with Campbell for having Jared Goff as his QB, yet even with a lot of his production coming at junctures of games when it's not terribly useful, he's exceeded expectations.

The defense is a serious problem, yielding a league-worst 34 points per game. That's a reflection of coordinator Aaron Glenn and the lackluster personnel Holmes has provided. Even though that's not Campbell's particular area of expertise, the bottom-line results are on him. Some folks thought Detroit was a decent sleeper playoff pick, Hard Knocks goggles notwithstanding. They've only managed a 1-4 record and just got blanked 29-0 by the Bailey Zappe-led Patriots.

To be clear, I hope Dan Campbell doesn't get fired. That would suck. I'm not sure any coach's personality matches up better with his NFL city than Campbell's does. It's just…going 3-13-1 and starting this poorly doesn't buy him a lot of time unless the wins start piling up fast.

3. Frank Reich might be the NFL's most overrated coach

And I'd lump Chris Ballard in as the most overrated GM, so as not to put it all on one guy leading the Colts. Both of them have collectively failed to find a good quarterback since Andrew Luck's retirement. It's a constant patchwork job. Carson Wentz? Matt Ryan? Really? Credit Reich for putting on a brave face in the wake of Thursday's 12-9 ugly-ass win over the Broncos:

There are good players across the roster, yet no one I'm, like, doing cartwheels over. Jonathan Taylor is great. Plays the most replaceable, shortest-shelf-life position on the field. Shaq Leonard can only do so much from his linebacker position when healthy. DeForest Buckner is an exceptional interior d-lineman. Um, cool? Quenton Nelson: a really good offensive guard. Nice.

Like what is anyone in Indy really supposed to get excited about? Feels like Reich is too laidback, old-school and just kinda BLAH to lead this group. Assuming the season plays out as I'd expect, Reich will have only one playoff victory (from his first year!) in five seasons at the helm. Pretty sure there needs to be an overhaul at the top to get the Colts back on track. Whether owner Jim Irsay sees it that way is another matter.

2. Riverboat Ron Rivera is pushing his luck in D.C.

Nate did a fine job summarizing the state of the Washington Commanders in the wake of their fourth straight loss — and how Ron Rivera deserves to be handed his walking papers:

You see sort of a common thread here among the top HC firing candidates. Suboptimal quarterback situations. Carson Wentz threw a brutal goal-line INT to close out Week 5's loss in Tennessee. That's a scenario anyone with an average football mind could see coming a mile away. So…hard to put that on Rivera. What you can blame him for is how bad the defense has been.

We were all fooled a little bit — OK whatever, I'll just speak for myself — when Washington's defense had an excellent run to end the 2020 campaign, their first under Rivera, to rally and win the NFC East with a 7-8-1 mark. An extremely soft schedule turned out to be the predominant reason for that. That perceived strength is a big weakness for the 2022 Commanders.

You gotta feel for this organization. Dan Snyder is one of the shittiest sports owners of all-time. Rivera is doing the best he can. It's just going to be tough for anyone to succeed until Snyder finally sells the team. For all the dysfunction, though, it's not like Rivera is such a raging success that he must be retained beyond a third season.

1. At this point, it'd be a real achievement for Nathaniel Hackett to last 17 games

I think it's well-covered territory by now that the Denver Broncos noob coach is already on the hot seat just five games into his stay in the Mile High City. Expectations are through the roof, especially with Russell Wilson's arrival and his prohibitive contract. Problem is, Wilson is underperforming, Hackett is botching every critical coaching decision — even deferring to an old man in the booth because he can't make a call on his own — and the Broncos are wasting a whole lot of talent.

There won't be much tolerance for losing from this new Denver ownership group. They didn't even hire Hackett in the first place. No reason to be loyal to him. The AFC West is far too competitive to burn time seeing if maybe a coach will work out. It's one thing to have growing pains. It's another to be the flat-out moron Hackett has often shown himself to be.