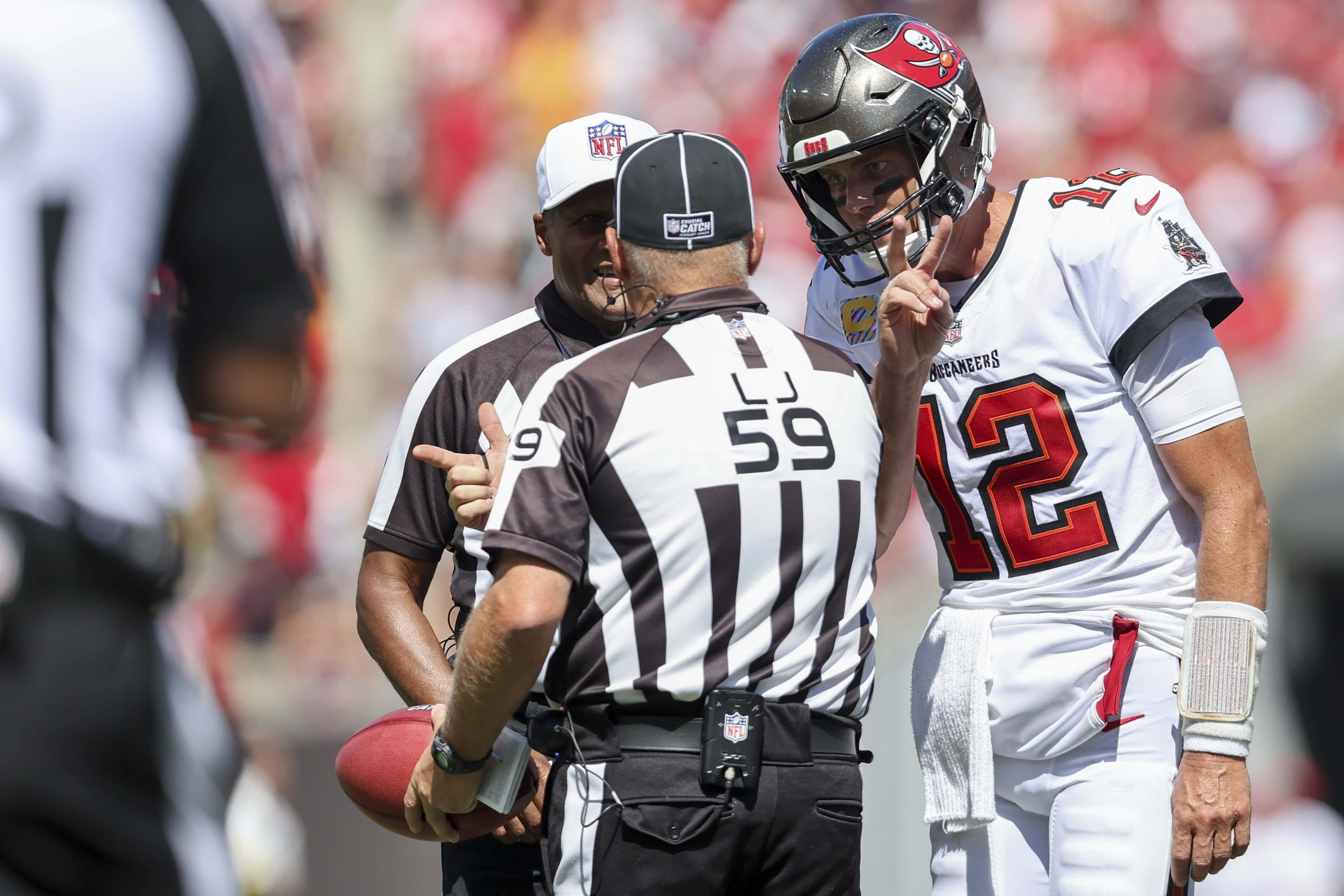 The Bucs dominated the game vs. the Falcons today for three quarters. But the 4th Quarter was troublesome. After the 1st Half, I couldn't have been less worried. Mike Evans was making spectacular catches and we were moving the ball as expected against a Falcons team Tom Brady has never lost to.

Atlanta had a blunder that led to a six point swing after their kicker missed a long FG that gave Tom Brady and the Bucs offense enough time to kick a FG of their own.

They were up 21-0 going into the 4th and didn't have to sweat much. Tom Brady had 256 yards passing at halftime and right before half. But the Falcons made a game of it in the final quarter scoring a TD to make it 21-7 and then scoring again to cut it to 21-13. They even went the analytics route and went for two and got it, cutting the lead to six with a about six minutes left and I was nervous.

On 2nd down, Brady went deep to Scotty Miller in and got what should've been an EASY Defensive Pass Interference call. It was not flagged.

So it was 3rd down. That's when things got a little suspect. This sack by Grady Jarrett was ruled roughing the passer.

That's a tough call considering it was sack. I'm not really sure what Jarrett could have done differently here. But after the Tua Tagovailoa concussion on Thursday Night Football, the NFL seems to be cracking down on these types of hits. Even having said that, the call was egregious.

The Bucs were able to run the clock out after picking up another 1st down and held on for the win to take sole possession of 1st place in the NFC South. In post game press conferences, Brady was asked about the Roughing the Passer flag.

As a Bucs fan I agree. It sucks. We outplayed the Falcons and deserved to win, despite that awful 4th Quarter. It's a shame that won't get recognized. I don't want to win that way. I have full confidence our defense would've stepped up and held on for the W, but we'll never know. You never want the game to be decided by an official, but there's nothing we can do. I'm happy the Buccaneers won and we're on to Pittsburgh.