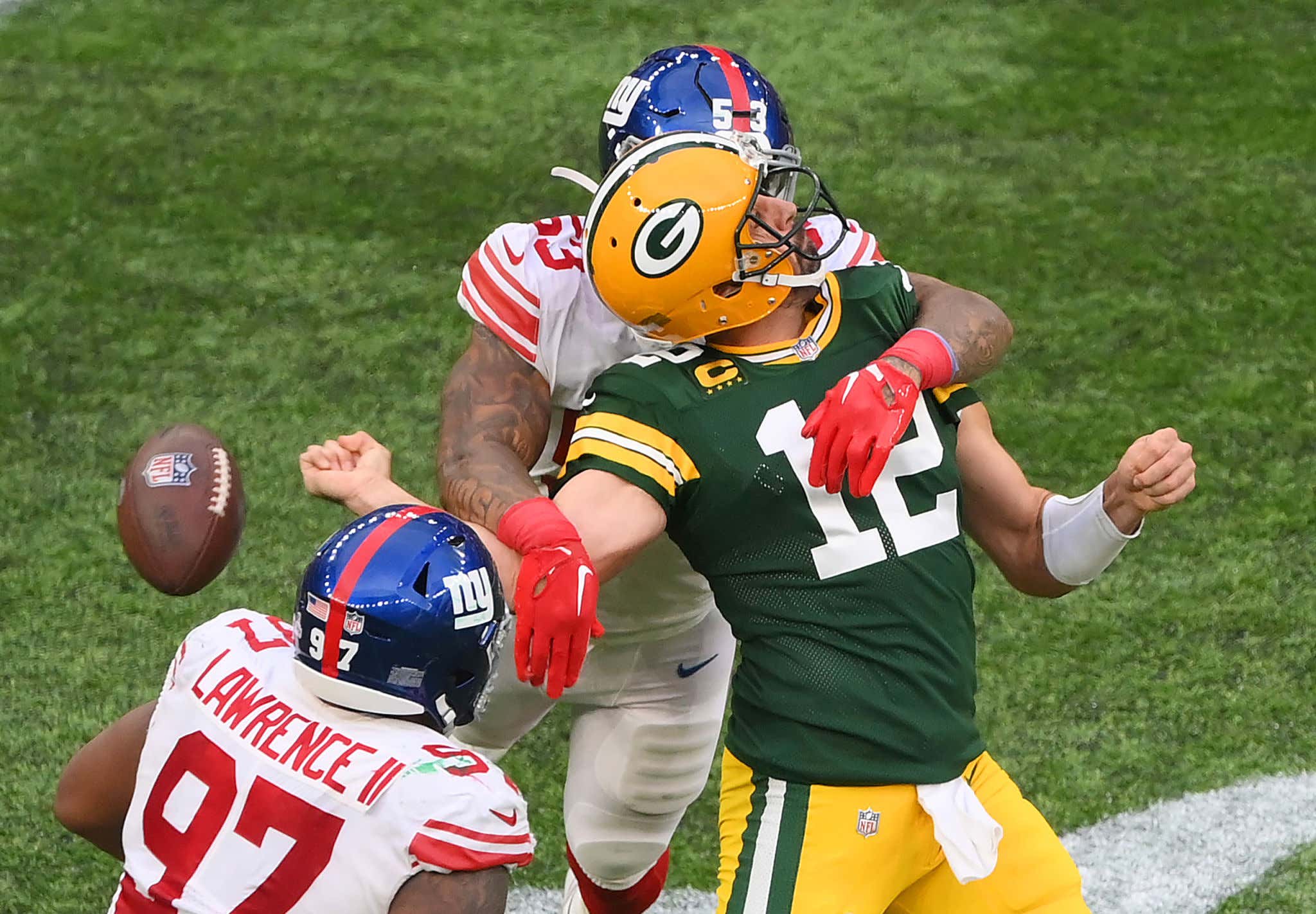 London did not bring good fortune to the Green Bay Packers today. They look nothing the sorts of a contender and have yet to put together a complete game in 2022. The offense, defense, and coaching have all been a fucking mess. Losing to the Giants today was absolutely brutal, no two ways about it. Daboll ran circles around LaFleur tioday. Pretty crazy what a great coach does for a team. The difference between Daboll and guys like Joe Judge or Shurmur is insane.

Despite a near perfect first half of football, the Pack came out flat as can be after the intermission. Their only points in the 2nd half came on an intentional safety by the Giants as they tried to end the game. Despite getting 4.8 and 5.7 yards per carry respectively from Aaron Jones and AJ Dillon, Green Bay completely abandoned the run in the 2nd half. Even after the Giants tied it with 10 minutes to play, LaFleur called three deep pass plays that resulted in an immediate 3 and out.

The drive took 26 seconds and put their poor playing defense back on the field, only to give up another touchdown. That can't happen. You have two good running backs, use them. Makes no sense to just chuck it deep with how the roster is designed. Jones wants the ball, give it to him.

Rodgers' numbers weren't bad by any means (25/39 222 yards 2tds 0int) but he also didn't do much in the 2nd half. You could play the lack of weapons card for sure, but try taking a look at who Daniel Jones was throwing to today…Slayton, Marcus Johnson, Richie James, and David Sills V. That makes the Packers receiving corp look like the 2000 Rams. They've struggled to play two good halves of offense and it's an issue. That'll happen when you lose a guy like Davante Adams, but that unit still has to be better.

Terrible. If I were running the show I'd leave DC Joe Barry in London without a seconds of hesitation. There's way too much talent on this roster to play this poorly defensively week in and week out. Daniel Jones had his way with them today with the weapons that I previously mentioned. Last week it was Bailey Zapee. Completely unacceptable. Whatever they're doing scheme wise needs to be lit on fire and thrown away. Coming into the season many thought this team's identity would be based around this defense. Instead it's become the team's downfall. Figure it the fuck out.

This team is lucky to be 3-2 the way I see it. Jets come to town next week so you'd hope that means a W, but with the way the Jets have played lately who the fuck knows. Joe Barry needs to change the defense up yesterday and start letting these guys play more aggressive. Could things turnaround? Sure, but I'm not sure how high the team's ceiling even is at this point.

Gonna be a long flight back across the pond.