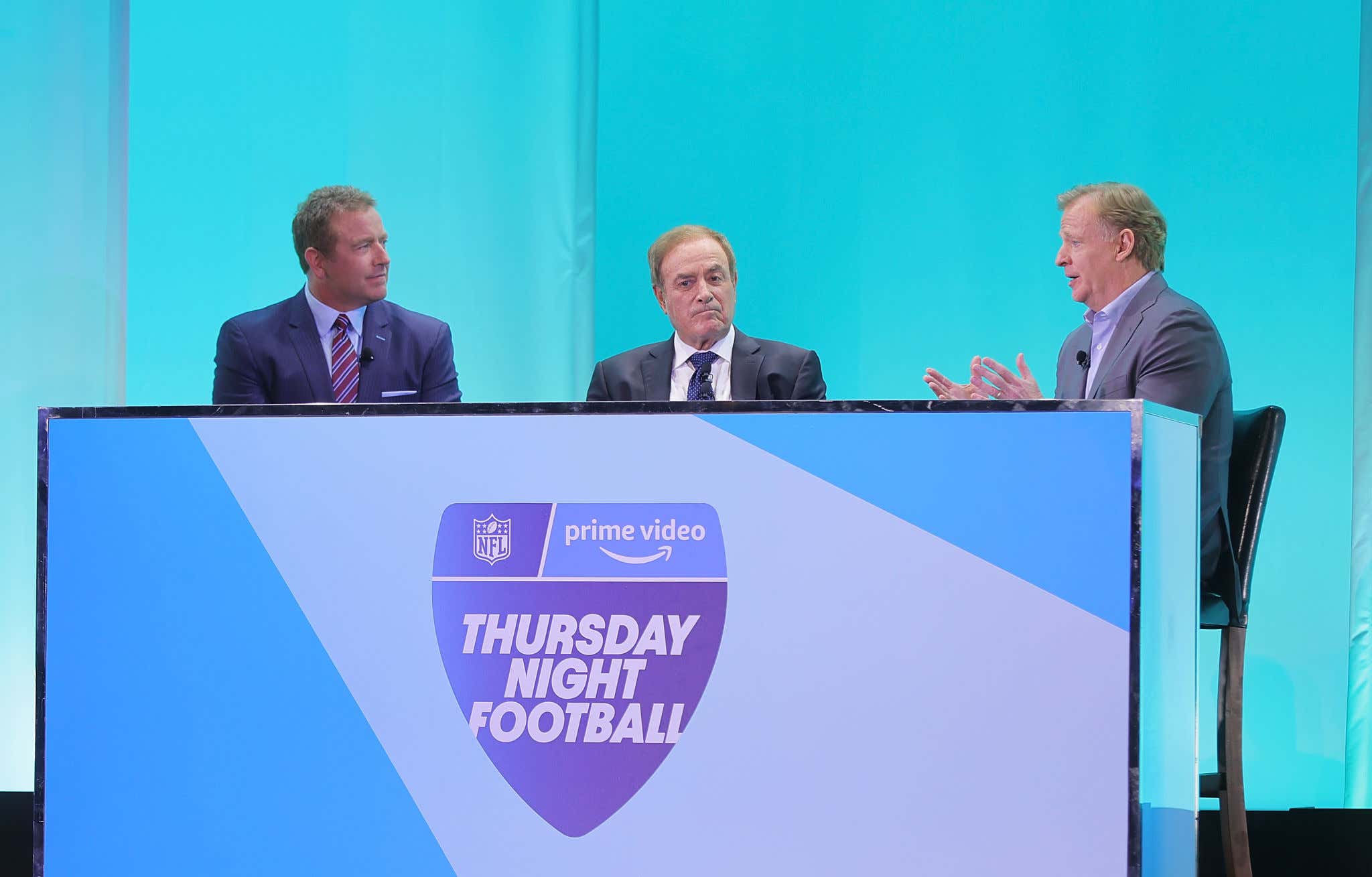 Every so often, we lose a legendary broadcast figure. Because God promises no one a tomorrow. Vin Scully. John Madden. Jerry Remy. Dick Enberg. Jack Buck. Ernie Harwell, and so on. And when that happens, there is an outpouring of emotion because said figure was part of the fabric of life for generations of devoted followers.

Well as the saying goes, you shouldn't wait until someone is gone to send them flowers. The truly greats deserve to be appreciated in their own time. And Al Michaels is just such a great.

Long ago, he earned his place among the aforementioned legends. Perhaps not in that "fabric of life" sort of way that a Scully, Remy, Buck, or Harwell enjoyed, because they were talking to a very specific audience for 162 nights a year. But he was already established as one of the best in the business well before he authored the most iconic, recognizable ever in the greatest sporting event of all time:

Which was an astonishing 42 years ago. Since then he's done the biggest events in North America, including 11 Super Bowls. He's one of those figures who burst onto the scene at a young age and has stayed on top for an impossible period of time. Like a Roger Clemens, a Tom Brady, or a Jennifer Aniston. And has had less help from modern medicine than any of them.

And for all that, last night's performance might have been Al's magnum opus. It's relatively easy to call a sporting event when it's a heart-pounding, edge-of-your-seat thriller. Then, you can just sit back and let the action and the crowd reaction speak for itself. It's a whole other thing when you're served up a dog's breakfast like Colts at Broncos and have to paint a word picture that will keep people watching Jeff Bezos little vanity project and watching his ads for Rings of Power, instead of flipping to HBO Max to see how much better House of the Dragon is. And after the effort Michaels put on, he deserves an unlimited Amazon gift card for life. That should be him going up in Bezo's rocket next time. Or both:

Of all the various styles Michaels employs, this is him at his absolute peak. Giving Zero Shits Al is the best of all his iterations. Where he's not going to burn the calories it might take to please his bosses. One, because he's got the gig and who else are the going to hire? And two, because it's their fault they let the NFL present them with a turd like this as they're trying to build an audience that's accustomed to watching games on major networks. So he won't even pretend the product isn't trash and their ad reads are embarrassingly stupid:

We should've reached this conclusion a long time ago, but it's not to late to confirm it now. Al is the best there ever was in this game. This game proved it. I might not believe in miracles anymore, but I believe in Michaels.