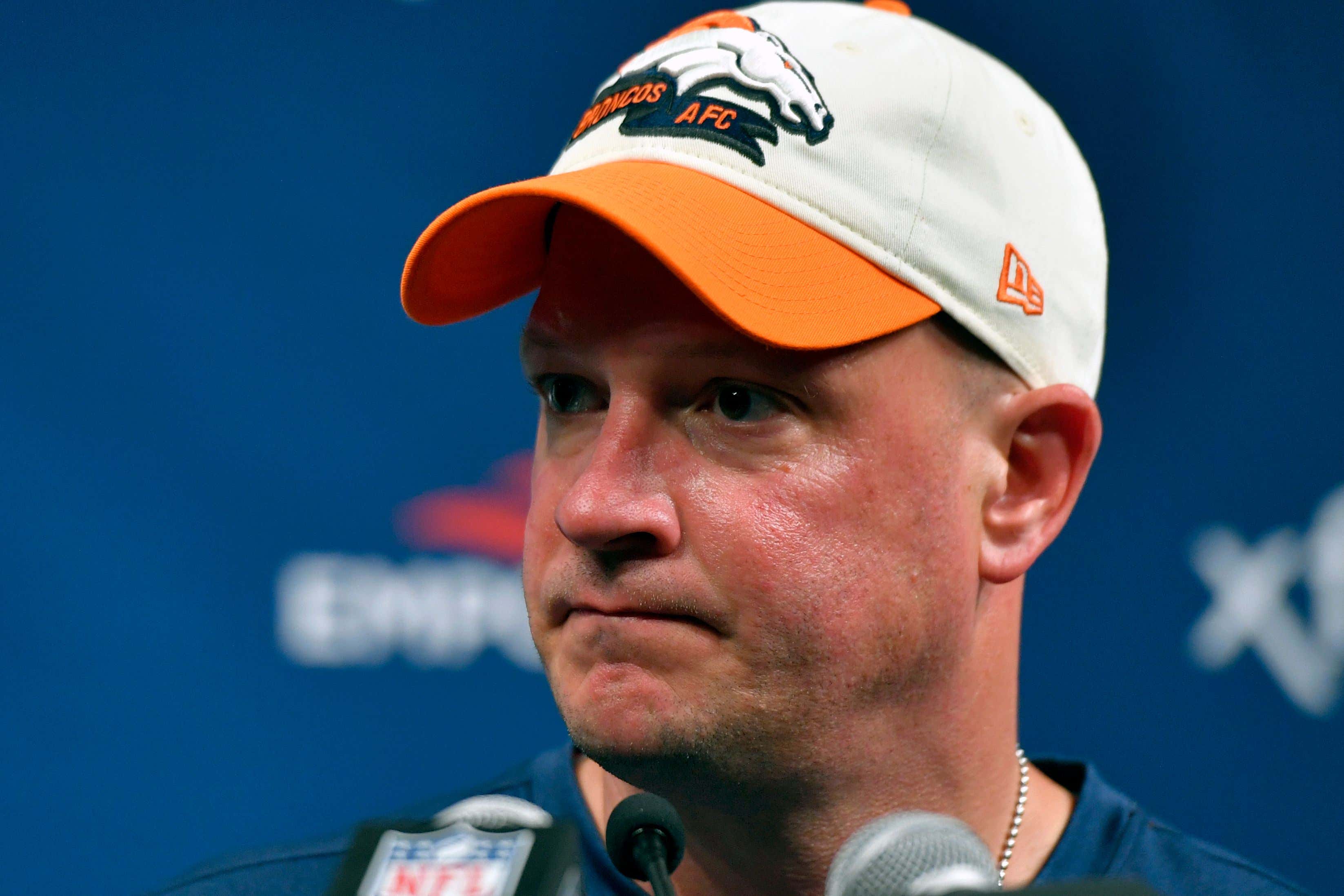 PFT - Let’s start at the end of regulation. The Colts were out of timeouts. There was 2:19 to play. The Broncos led by three. They faced third and four from the Indianapolis 13. “We wanted to be sure that we were able to get a first down,” Hackett said after the game. That’s fine. But they didn’t ultimately try to get the first down. Quarterback Russell Wilson went for the knockout, throwing the ball to the end zone, where the ball was intercepted. If they had simply failed to get the first down, the Bronco could have kicked a field goal, forcing the Colts to do something neither team did all night long — score a touchdown. The Colts instead drove down the field for a game-tying field goal. In overtime, the Colts took the lead with another field goal. And then the Broncos, who continue to hit a brick wall in the red zone, faced fourth and one from the Indianapolis five. At one point, the Broncos lined up with Wilson under center. After a pair of timeouts, they opted for shotgun formation — signaling to the defense that a pass play was more likely. It wasn’t fourth and goal. It was fourth and one. It was a perfect spot for a Melvin Gordon run for a possible first and goal, or maybe a creative play-action design that could have resulted in a walk-off game-winning score. Instead, the Broncos basically told the Colts a throw was coming. So the Colts defended it. And the Indianapolis defense came through. “We wanted to have a good pass call,” Hackett told reporters. “We wanted to put it in [Wilson’s] hands to win the game.”

This friggin' guy. Take a hike, Rich Kotite. There's a new big swinging dick at the useless football factory. Every. Single. Game Nathanial Hackett has had multiple WTF moments that normally would result in exile from the sport. Sure, he's got 2 wins on the season, but not because of him. Strokes of pure luck the likes of Jimmy Garappolo running out of the endzone and having the Texans at home on the schedule were the only reasons for Hackett's two victories. And he didn't win those games. Denver's opponents flat out lost them. Here's what I said about this Hackjob two games ago, which speaks for the entire season thus far:

"Why the fuck would you hire the offensive coordinator of Aaron Rodgers as your head coach - Go out and hire someone who actually did something on his own." That might be the most accurate, somewhat coherent statement I've ever made. Hackett grew up coddled in football by his father Paul and had an extremely privileged trajectory towards a NFL head coaching gig. After failing as a Bills and Jaguars offensive coordinator under Doug Marrone, he someway, somehow got the Packers OC job where Aaron Rodgers has claimed Hackett made "football fun again". Um, yeah, he let you do whatever you wanted and somehow got credited for the success, Aaron! No shit it was fun!

Russell Wilson ain't helping his case, either. But I thought Nathanial Hackett was an offensive minded guru who would give everything Russ never had in Seattle? Yeah....

If anything, I feel awful for Broncos fans. This was a year that was supposed to tickle the taint of the Super Bowl...and now they're stuck with a QB/Head Coach combo they know is most likely a disaster only 5 games into the season. Maybe they can find a way, but until then please join me in fading the Denver Broncos in every game this season. Responsibly.

*Nines getting involved in the first 3 snaps of the game for the Colts including 2 passes before his "Back" injury was cute. Thanks again, God.