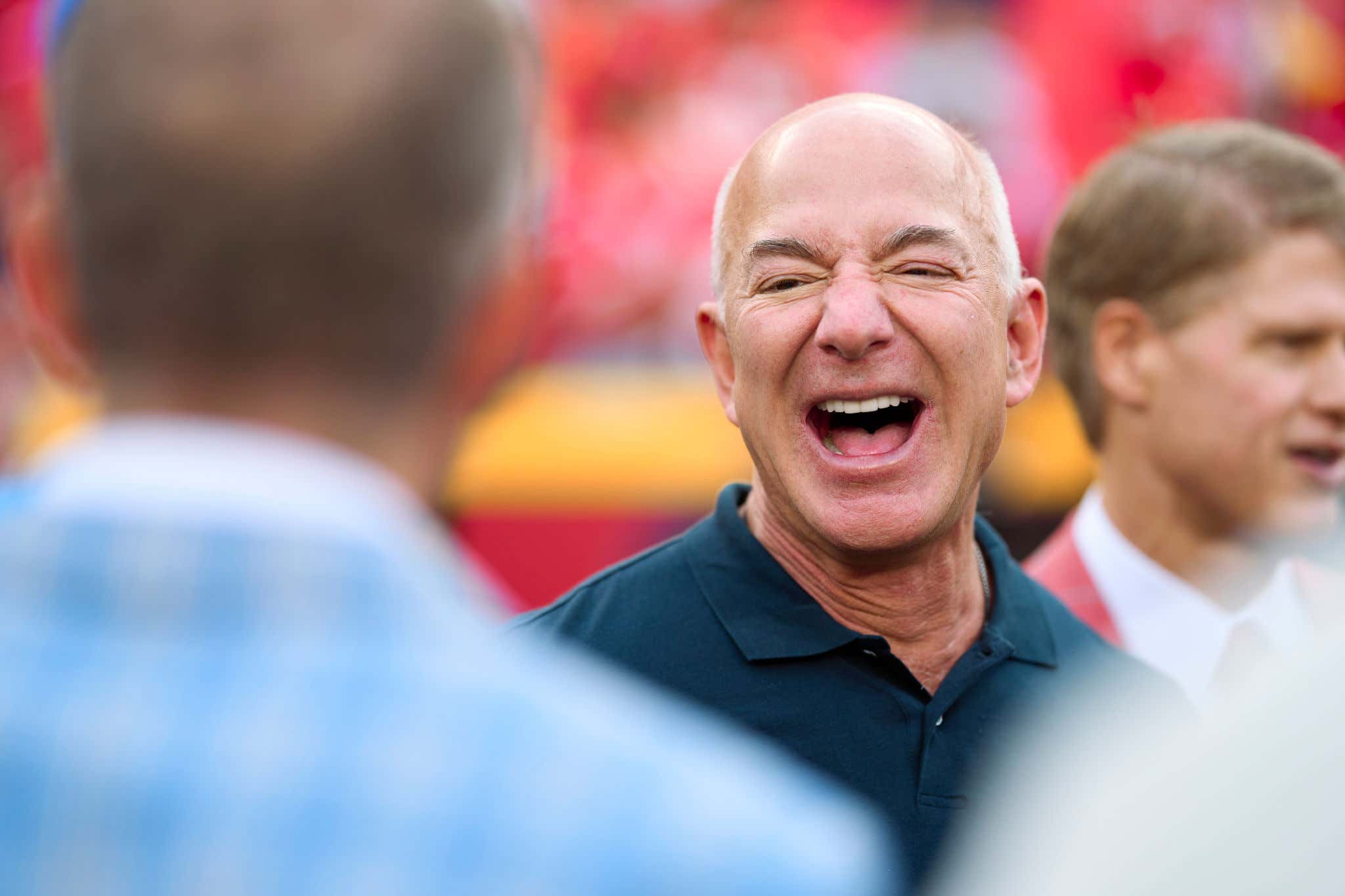 Look at this son of a bitch. Laughing all the way to the bank. Meanwhile your mortgage is past due, the water company is threatening to shut off your service, your kids need a check for $20 to go on a field trip, life is kicking you in the balls from every which direction. And you're still going to hand over $14.99 of your hard earned cash to this bastard every month. And for what?

All that matters is that football is on, baby. But here comes that slimy little bastard Bezos to take even more of your money. That prick is worth over $144 BILLION. He'll make more money during one of these games then you'll ever see in your lifetime. But if you want to watch the dog shit Broncos and dog shit Colts fail to score a touchdown against each other on a Thursday night, well you better be willing to fork over the extra $15 every month. And the real kick to the nuts is the fact that it's not getting any better from here. Because if you loved watching the Broncos and Colts take a giant collective shit all over the field last night, then you'll love watching the Bears and Commanders next Thursday on Prime Video.

Even worse than the product on the field, though, is the fact that you have to open up and entirely different app to watch the game. Personally I use Hulu for my live TV. It's fine, but it's not great either. It's not like switching back and forth between channels is difficult, but they don't really do anything to make it an easy process either. But now you're telling me that if I want to flip back-and-forth between TNF and either an NBA or NHL game on a Thursday night, I need to make the jump from one app to another? Good grief. First world problems are still problems!

All I'm saying is that if Bezos had a shred of integrity, or even just some plain old decency, he'd give everyone Prime Video for free the rest of the season. A dude who already has a net worth with 3 commas in it shouldn't need everybody to give him $15 every month to watch games with a combined 0 touchdowns and 4 interceptions. Call me crazy but I think somewhere deep down inside of Jeff Bezos, there's still a human in there. A human who knows right from wrong. Do the right thing, Jeffrey.