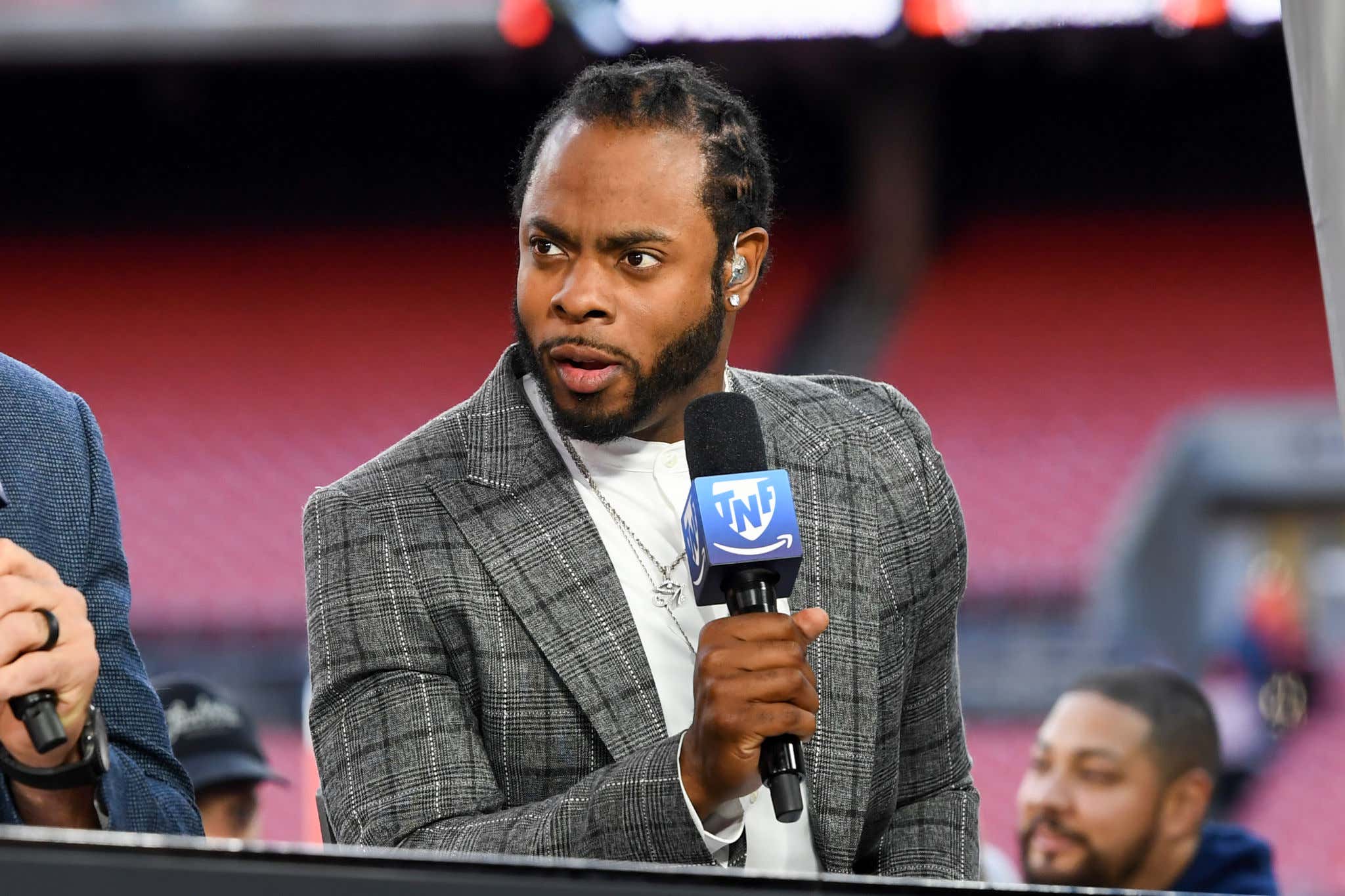 Having seen Russell Wilson throw the most famous red zone interception in NFL history at the 1-yard line in Super Bowl XLIX, Richard Sherman was triggered when the Denver Broncos dialed up a passing play late in the fourth quarter of Thursday's game.

And for good reason. You knew Nathaniel Hackett's stupid ass was going to find a way to snatch defeat from the jaws of victory. En route to a 12-9 overtime loss to the Colts, Hackett decided to Let Russ Cook at the most inopportune time:

A running play and a subsequent easy field goal would've forced the Indy offense who failed to find the end zone for BEYOND 60 minutes to score a touchdown to win. But nope, that would've been the easy way!! At least that must've been Hackett's justification.

I love how bad the throw was by Russ. Mr. Unlimited. Hahahahahaha.

OH BUT THEN. A blown coverage gifted Wilson a wide-open chunk completion to Jerry Jeudy, and some Melvin Gordon runs set up a 4th and 1. Rather than running the ball to gain a yard, the Broncos put the ball in Wilson's hands. That's what they handsomely paid him for after all, right?

Sorry for burying the lede a bit but I needed y'all to understand how dumb Hackett is, and how bad Wilson has been through the first five starts of his Denver tenure. My brain is so scrambled from it all that I'm struggling to format and type blogs properlyysetr;gn;fd;gbxvc

This Broncos offense has a lot to answer for, and it starts at the top with Hackett the coach/play-caller and Wilson the alleged elite quarterback. Sure ain't the defense that's the problem in Denver. Seems like a steep, uphill climb for the Broncos to avoid the AFC West cellar, never mind pushing the Chiefs for the crown!