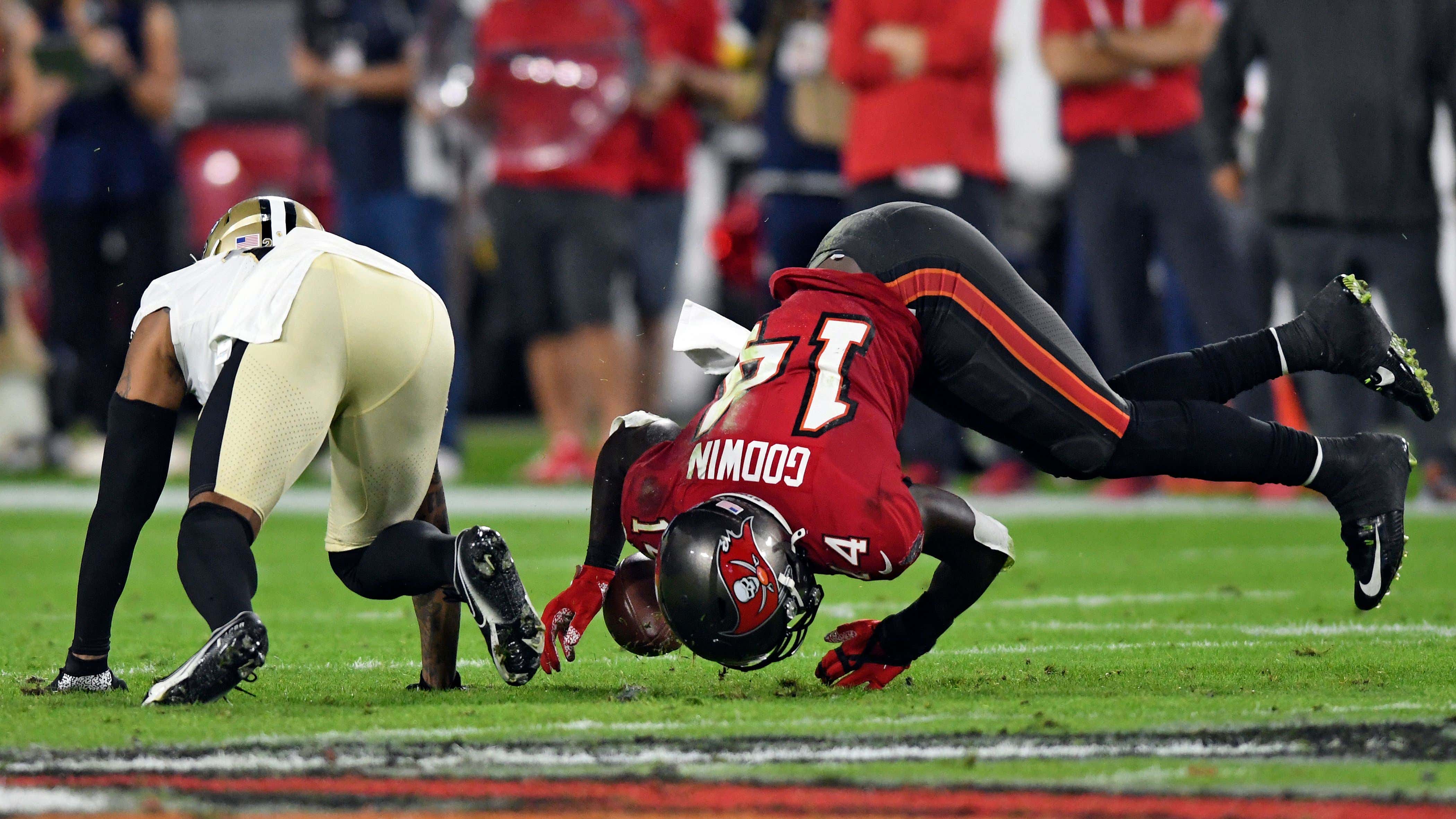 Chris Godwin tore his ACL last season on December 19, 2021 vs. the Saints. It was a brutal injury, but watching on TV you don't get a good feel about exactly how fast everything happens. Within 4 seconds of the ball being snapped he's on the ground in pain. Not even eight seconds later the team's medical team is out there asking what the injury is/where it hurts. It's truly a shocking look at how fragile life as an NFL player is.

Godwin got surgery shortly thereafter and worked hard all off-season to get back and made his return in Week 1. As a fan, you tend to take for granted just how hard it is for world class level athletes to get back to their pre-injury form. In this clip, Chris Godwin says he basically had to learn to walk again. It's part of a very interesting Hard Knocks style series called In The Current which follows the Buccaneers around all season long and gives fans a unique behind the scenes look at the squad. Episode 1 dropped last night and is a great watch for any football fan.

in the current+ 9 Tags