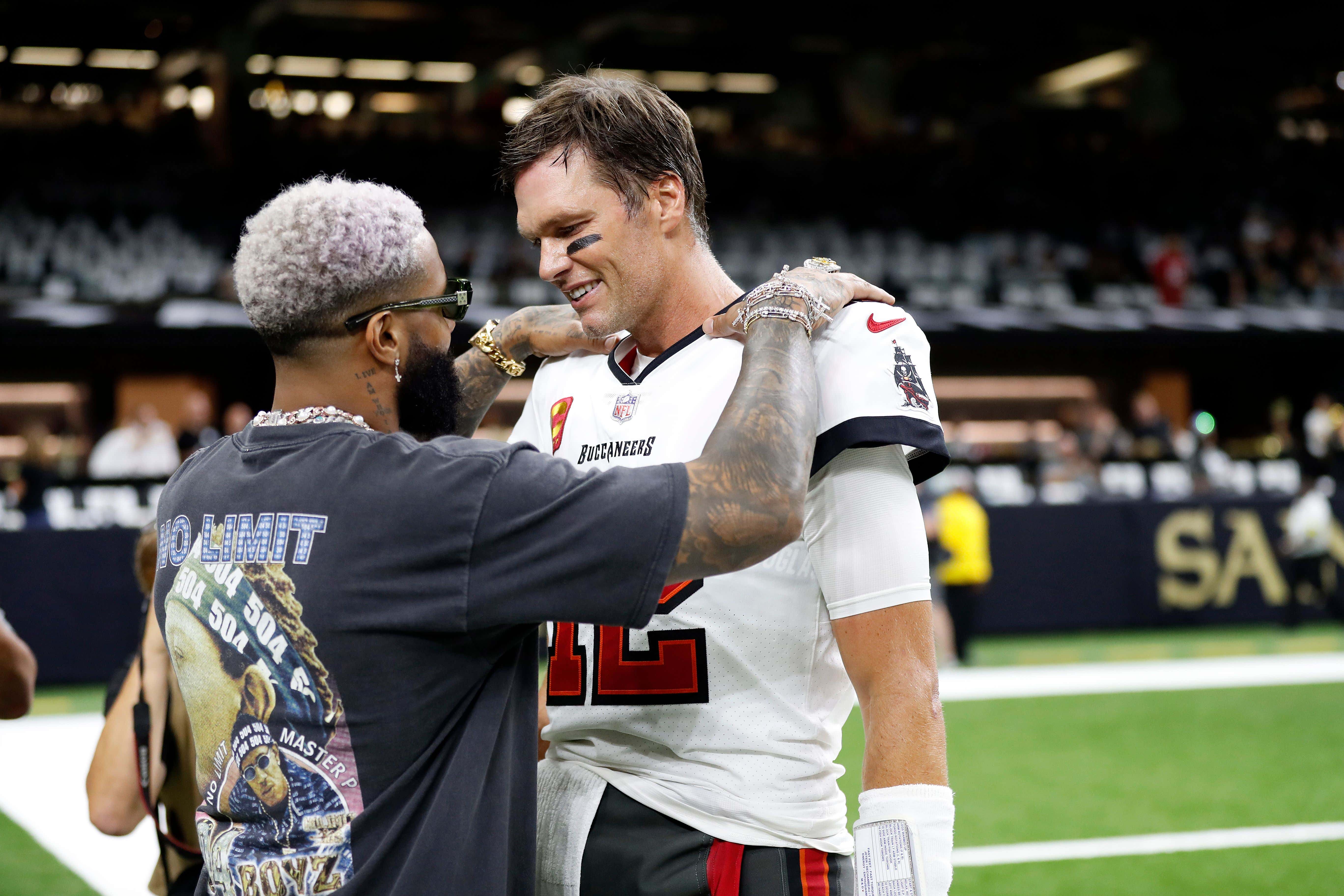 Odell Beckham Jr. tore his ACL in the Super Bowl and is still on the mend. At the moment, he is unsigned.

His former teammate on the Rams, Von Miller had a press conference yesterday and was asked about OBJ. Miller and Beckham Jr. are tight and talk every week.

There has been a lot made of Miller trying to recruit OBJ to the Bills which is why the question came up. But Miller said that Beckham Jr. isn't just focused on the Bills. He's also visiting the Saints and Buccaneers.

Tom Brady and OBJ have long admired each other's game and they did link up a few weeks ago in New Orleans at the Saints vs. Bucs game.

With Cole Beasley retiring and Julio Jones seemingly continually nicked up, Chris Godwin maybe not 100% yet and Russell Gage staying on the injury report, a signing with the Buccaneers could make sense. Time will tell if it'll happen, but it seems like a definitely possibility after Von Miller's presser yesterday. Stay tuned…