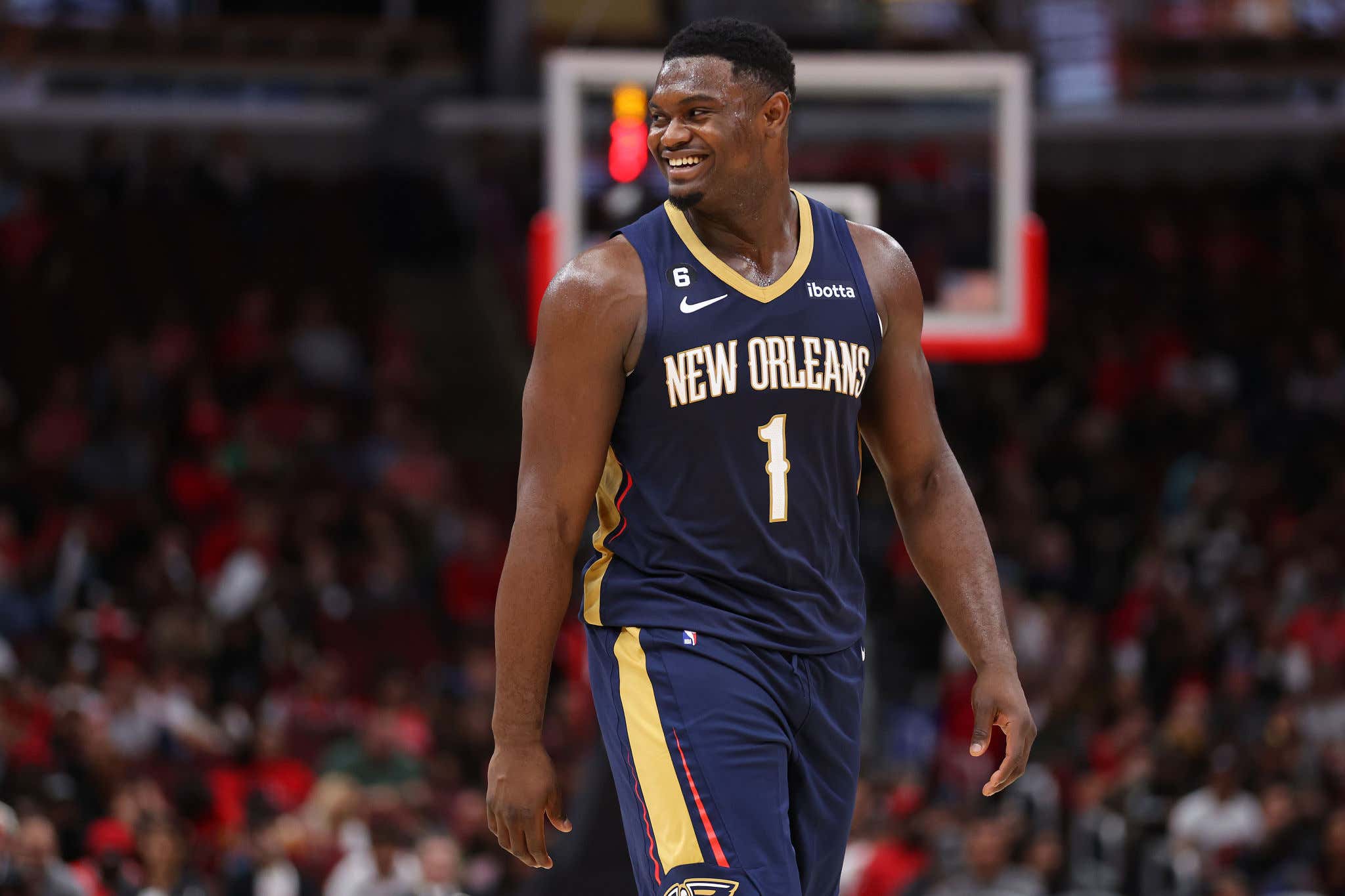 Part of what has made the start to this preseason so fun has been the return of some familiar faces who just so happen to be some of the best players in the entire league. Jamal Murray made his first appearance in an NBA game in 539 days, Kawhi returned after 476 days away, Ben Simmons actually played after 470 days, Dame returned after 276, you get the idea.

We can also add Zion Williamson, who hit the floor last night against the Bulls after 514 days away from the game. 514! One of the most electric must watch players we had while he was healthy, I couldn't wait to see what Zion looked like, even in this fake game. I just miss watching him play. Now apparently in shape and on a team filled with talent and all the hype in the world, his debut certainly was not disappointing

The Pelicans kept Zion's minutes light in their 129-125 win over the Bulls, as they should. When it was all said and done Zion finished with 13/4/1 on 4-6 shooting in his 15 minutes. That led all Pelicans starters and my immediate takeaway was the explosiveness that we all remember with Zion still exists. That first step is still quick as hell which is part of what makes him so impossible to guard. Not only is he quick, but then once he gets that shoulder leverage it's over for you. Zion is too strong. It doesn't take him much to create space and then the next thing you know he's at the rim and you're sitting there wondering what the hell happened.

This wasn't a game in which Zion only made an offensive impact either, which is something that would excite me way more as a Pelicans fan. The two things I'm curious to see this season is Zion's outside shot and his defense, and while we didn't see him attempt a three last night, I would say his defense for sure is starting to look better. Obviously, things will be different during the year, but for a first look? I don't know how you could complain about what we saw. Things surrounding Zion have been so confusing these last few years, it felt nice to see him back on the court being the basketball freak that I remembered.

Which brings me to my overall point about the Pelicans. I think we seriously need to shoutout David Griffin. The rebuild he is orchestrating in NO really is impressive as hell. It may have looked shaky there at the start, but now? This roster feels loaded and they've been built by hitting in pretty much every aspect of team building. The Brandon Ingram trade was one of the foundational moves, not just with the talent they got back but also the draft capital. The Valanciunas trade worked. The CJ McCollum trade worked. They hit on the draft with Zion, Herb Jones, Jaxson Hayes, etc. They found a legit diamond in the rough with Jose Alvarado. They have microwave scorers off the bench with Devonte Graham. All of these guys played well in this game too

All of a sudden the Pelicans went from a small market team that had franchise guys begging to leave and go to LA to a team that is being talked about as a legit destination and someone who could make a big time jump this season. There's no denying the talent level at this point, and they were pretty good last year before you even add Zion to the mix! Why can't this team (if they stay healthy) get into the top 6? It will all come down to health and their defense in my opinion. They have the talent on the roster to do it, but in order to make a jump, you have to be able to defend. Look at any team that suddenly made a big leap in the standings from one year to the next. They all defend at a high level. That's the challenge Willie Green now has to figure out. The Pelicans don't have to league the league in defense or anything to make this leap, but can they get in the top 10? They were 18th last year and 13th after the trade deadline. I don't think that's a crazy ask, and it'll make a huge difference in where they stand in a competitive West.

I went into last night not only excited to see Zion play, but I also wanted to see if the Pelicans looked like a team that was worth all the hype they seem to be getting this offseason. It may have just been one preseason game, but it feels like the clear answer to that question is yes they are. Should be a fun ass season in the Big Easy.