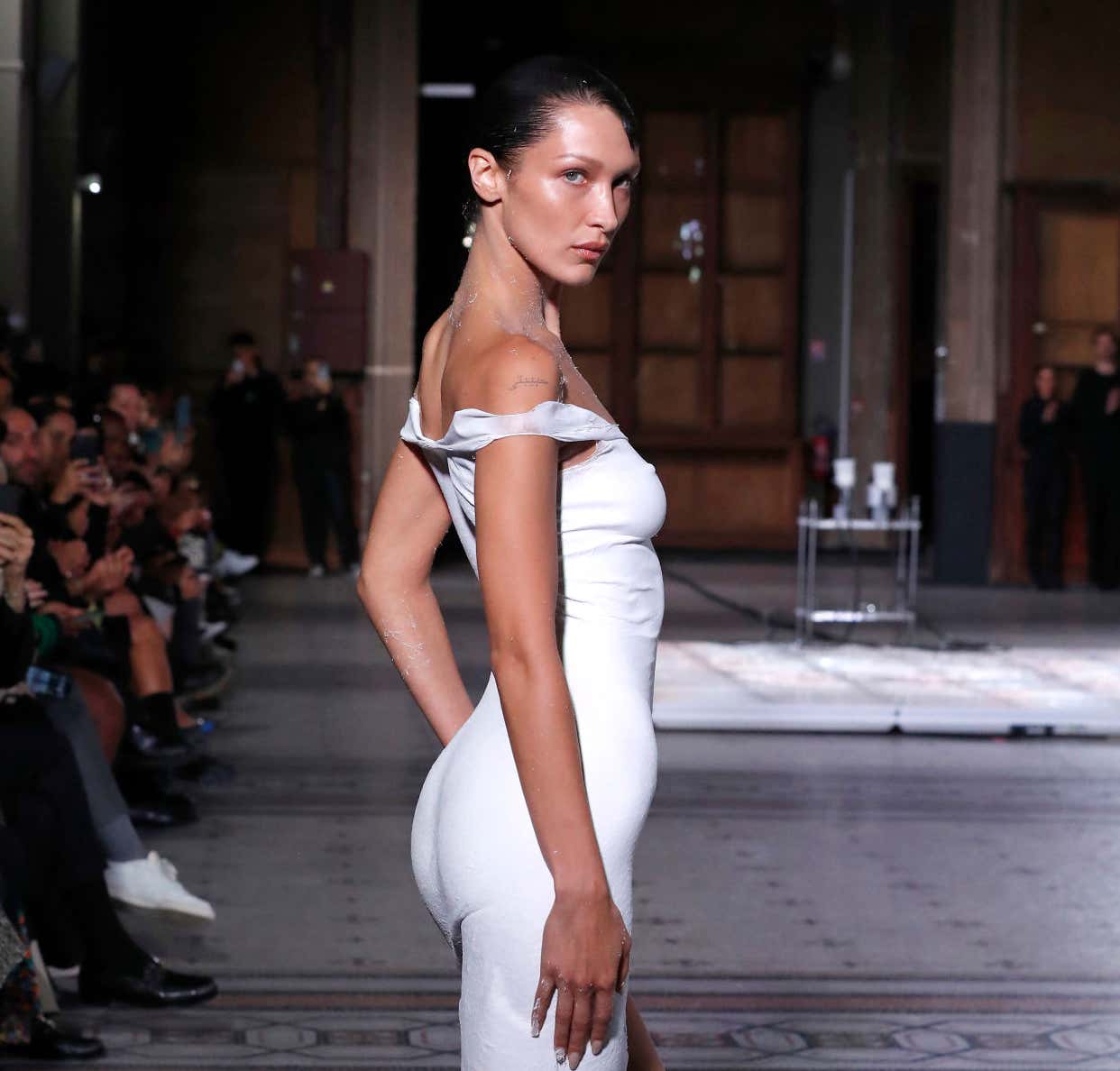 This may come as a big surprise to you, but I'm not a man of fashion. In high school when I noticed everyone wearing jeans with cuts/holes in them I took a pair of scissors and made giant holes in the knees of my best pair. Out of embarrassment I threw those out the very next day before my dad could realize what I was attempting to do.

When I watch an NBA game I consistently find myself confused at some of the outfits the players wear while entering the arena. It's a true competition to anoint the top asshole.

"It's fashion, you wouldn't get it" as I question James Harden wearing this… 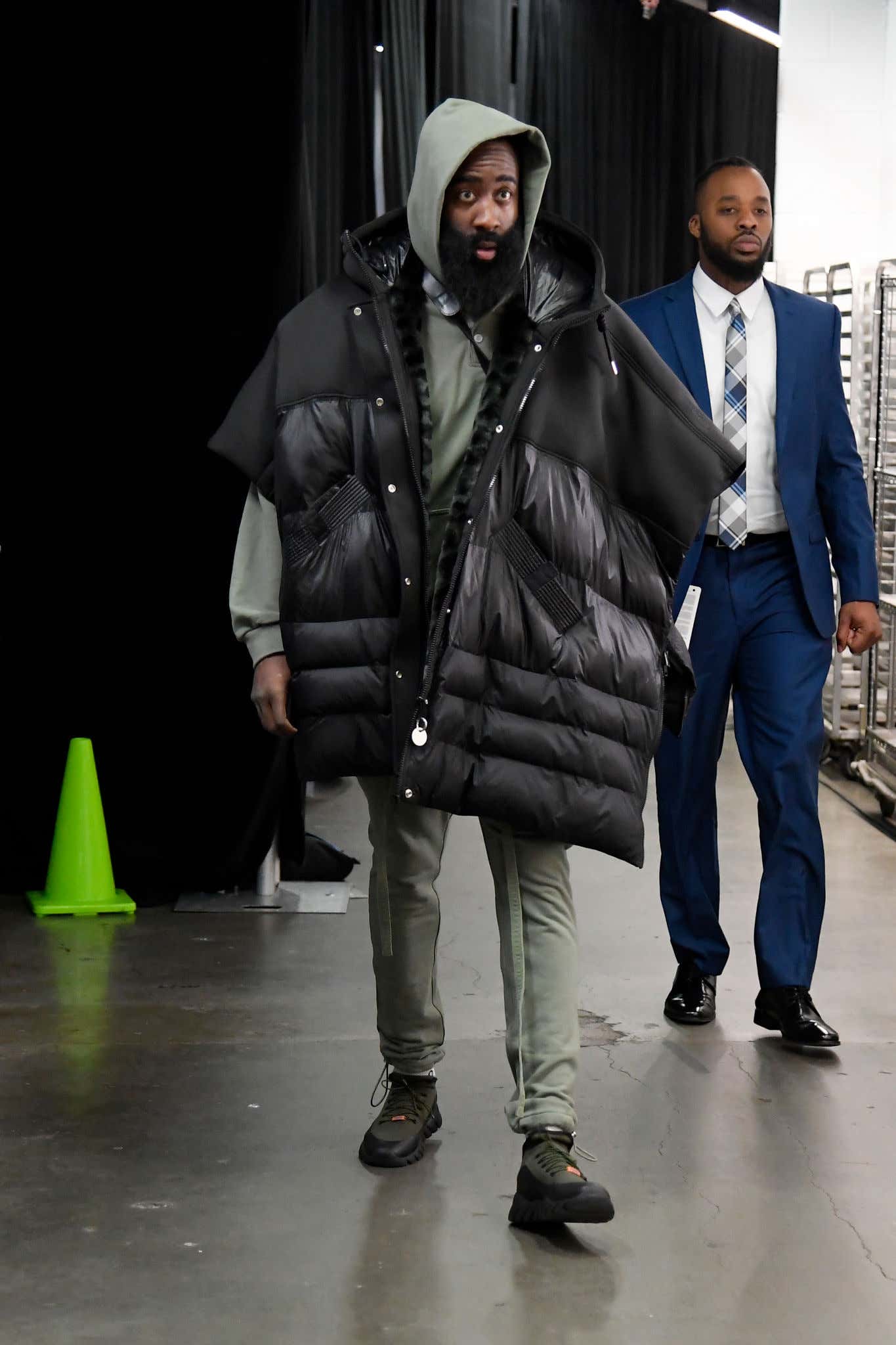 I got that same feeling when I saw this the other day.

We're just walking through mud runways these days because…why? Like I said, fashion just ain't for me. It's my solemn promise to never try to understand the logic behind that video.

I did, however, come across something in the fashion world that made me do one of these

Bella Hadid's dress this weekend was completely painted on…

That's how you do it folks. It's not walking through some mud like you've been holding in a piss for 7 hours. It's not rocking a Northface vest made for the troll in Harry Potter. Nope, it's donning a pained on dress for the public to see. 10/10

Fashion sucks. It's run by snobby pricks who think they're better than all of us, but at least we've got Bella Hadid wearing a fully painted on dress 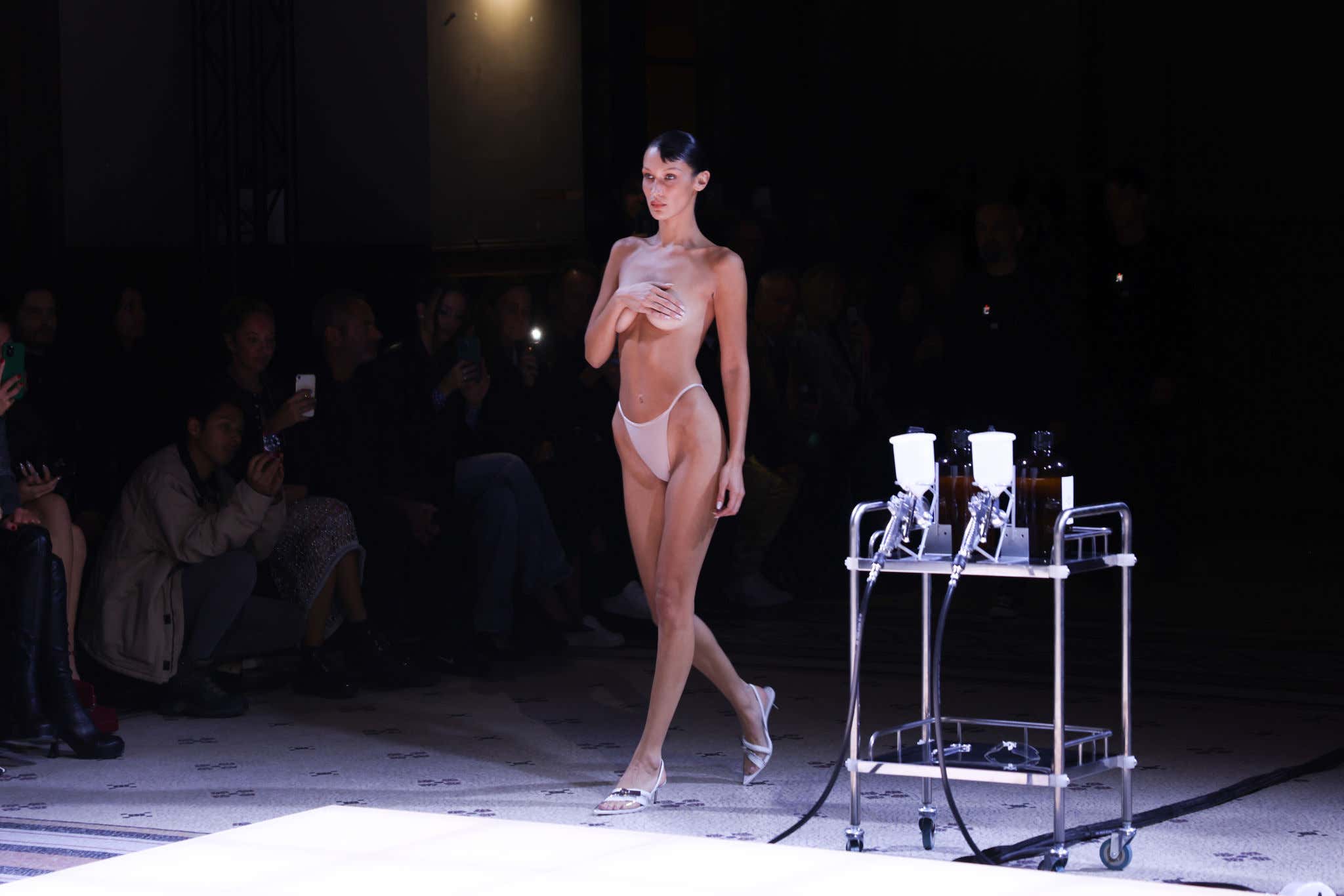 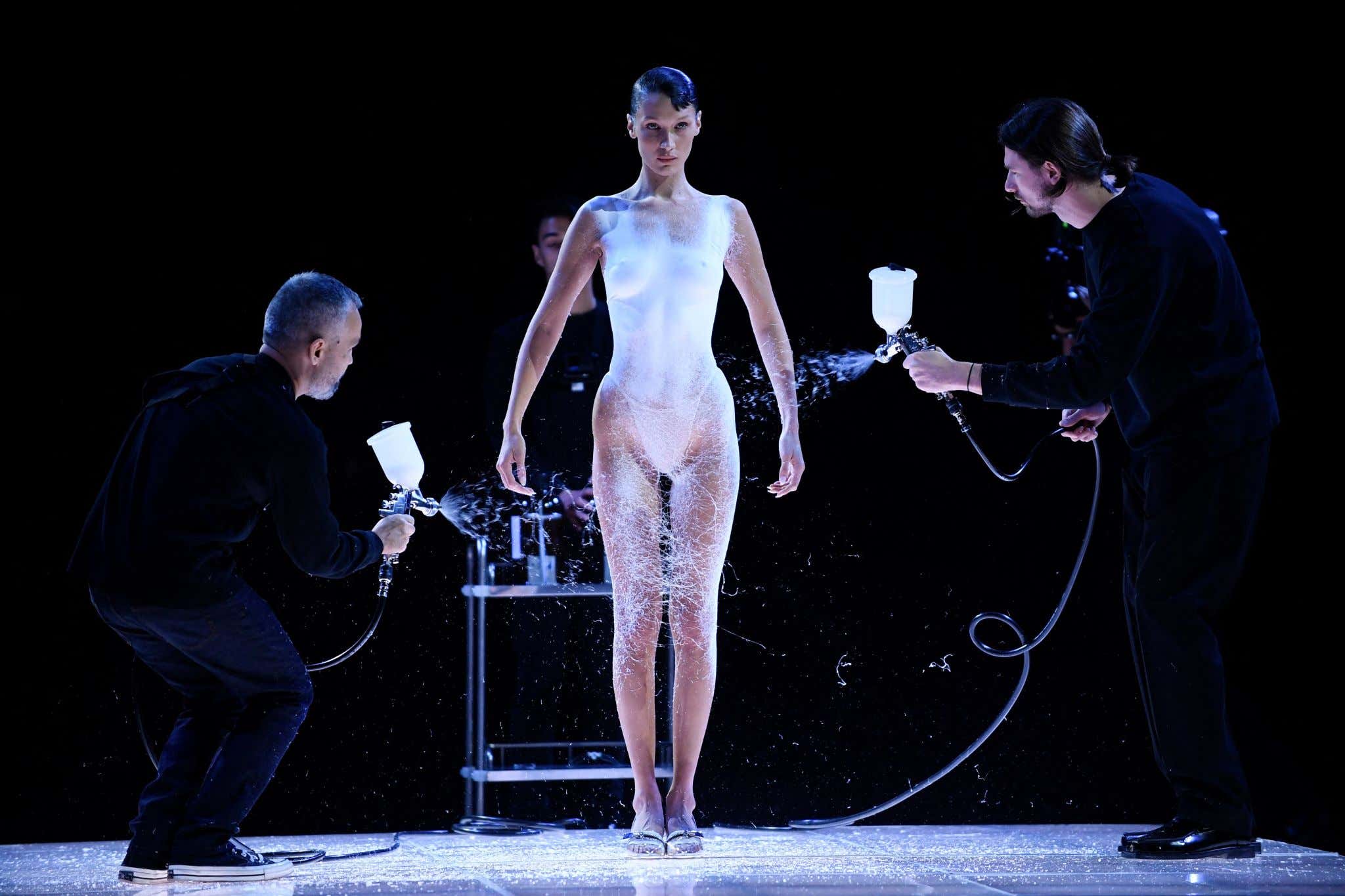 Actually pretty crazy. Feels like a one of one "dress" that you can't sell, but I'm a fan! Go Bella Go!