That, my friends, is exactly what you want out of a street fight video. No guns, no knives, no cheap shots. Just a couple of evenly matched bros going at it. They didn't even speak, they just got to punchin'. One second the white guy is on top… 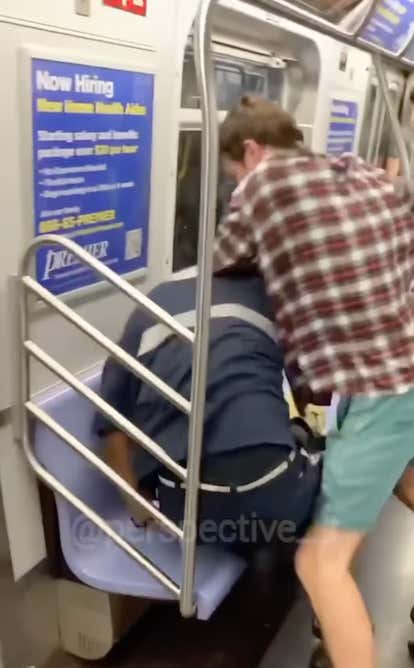 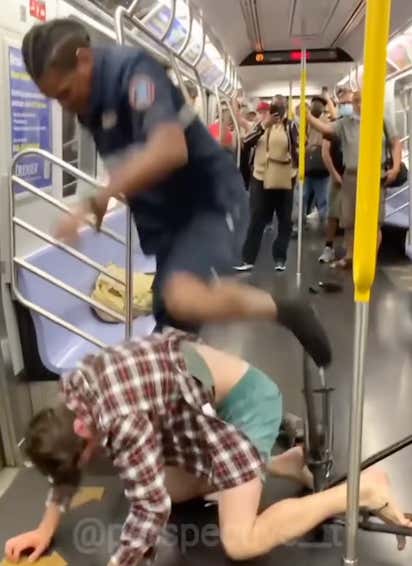 The FedEx driver ended up getting the upper hand in the end, but overall it was an evenly matched fight - at least from a confidence perspective. I mean the cyclist didn't even have shoes and he was the one who threw the first punch.

I'd ask what the fight was over but we already know - the cyclist refused to move his bike and the guy went ballistic. Probably had a rough day at work and decided to take it out on him. To be honest it probably felt great. Especially when the crowd refused to step until the end because they knew he was right. Oh well. Serves him right for bringing his BIKE on the SUBWAY then deciding to get physical. If there's more to the story feel free to let me know, but I think I got this one figured out. Have a lovely Tuesday.