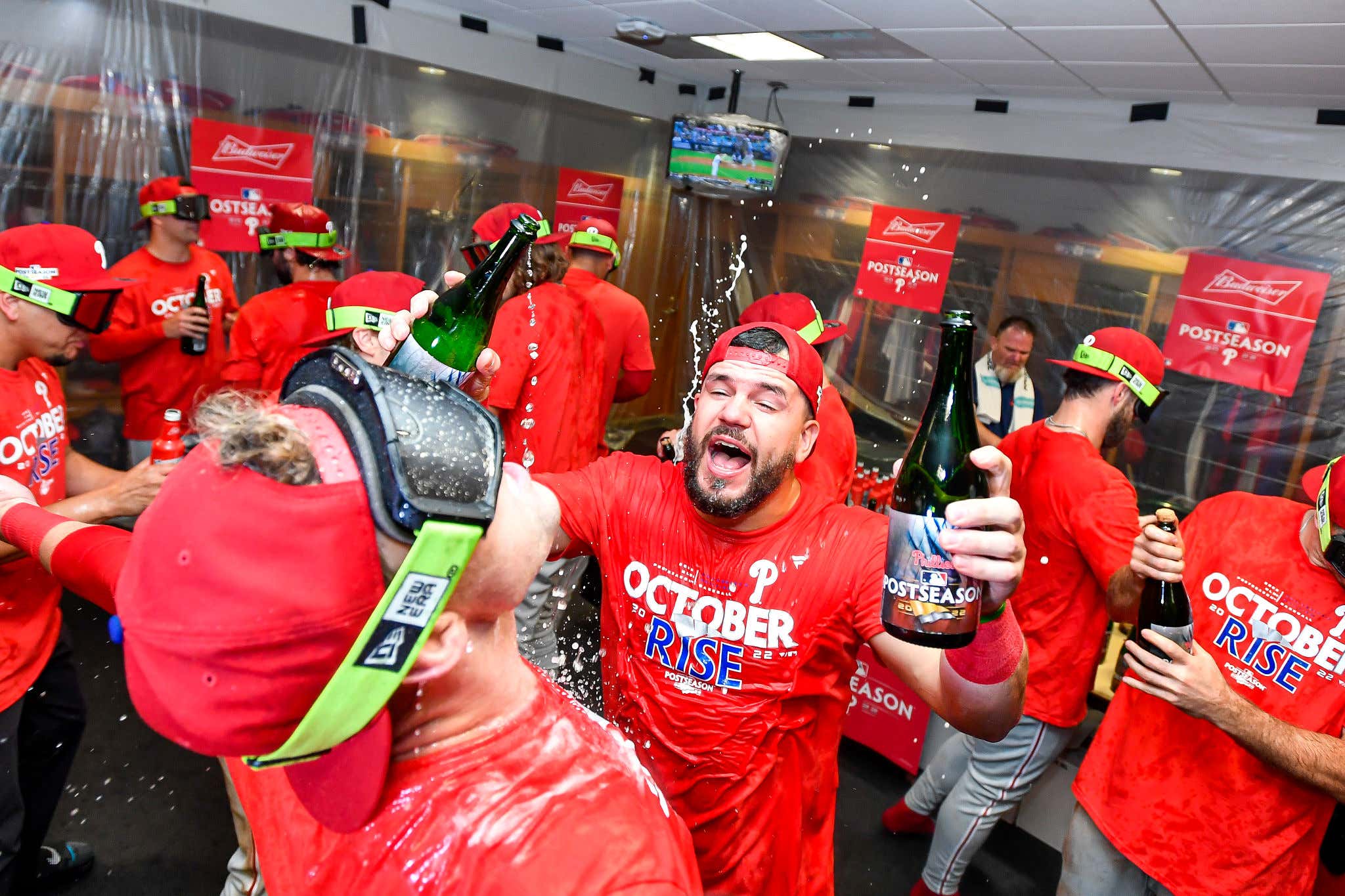 This happens every year. An MLB team clinches their spot in the postseason and then proceed to wreak havoc with a clubhouse celebration for the ages. And every year you get a group of people who immediately have to squash any ounce of fun they ever come across by saying something along the lines of "I can't believe they're celebrating being the 3rd wildcard team like they've just won a championship".

And in theory, I get it. But what if…and just stick with me here…what if everybody just shut the hell up real quick and let people get absolutely obliterated with some champagne showers and ice cold Diet Millers for any given reason? Let the boys have some fun for a change. If anything, I think there needs to be way more of this in baseball instead of less.

That all looks like an incredible time. The epitome of guys being dudes. The boys are being fueled by nothing but gallons of alcohol and vibes. Why would you ever want that to just happen one singular time? And the best part about this celebration happening last night just for clinching a spot in the postseason is that the Phillies still have another game to play tonight. It's going to be hilarious to see how disheveled and hungover some of these guys look when they stumble their way out to the plate. You don't get a chance to see that after a team celebrates winning the World Series.

So in closing, over-the-top locker room celebrations in baseball are good. Maybe that's just me having a soft spot for this one because it's the first time the Phillies could pop champagne in the clubhouse in 11 years. But also maybe everybody should just focus on letting people have more fun and enjoy things instead of immediately bitching about everything on social media. I think it's a little bit of both.