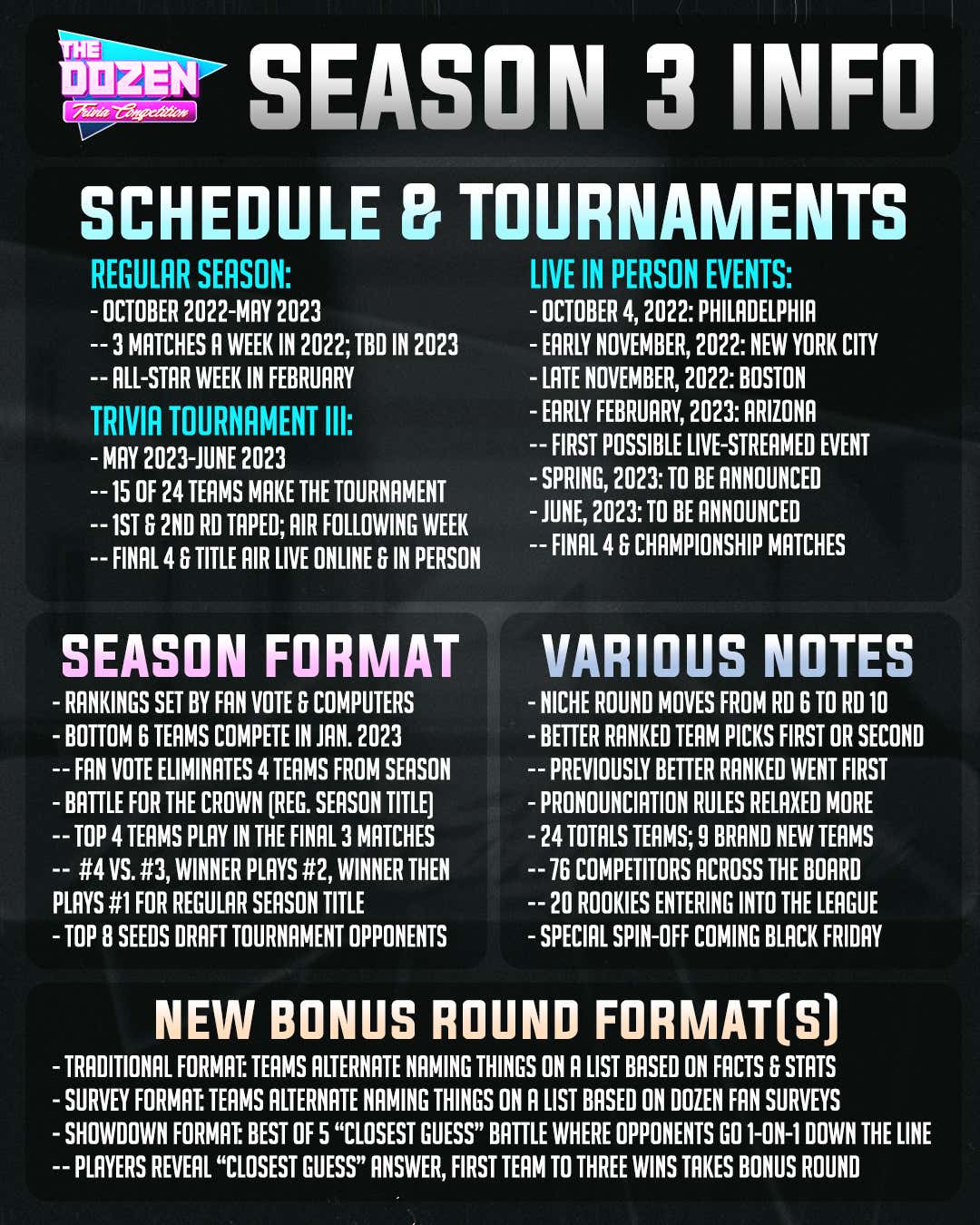 The Dozen: Trivia Competition Season III kicks off in Philadelphia on Tuesday, October 4th, with the first round airing for everyone on Wednesday, October 5th, and the Championship airing on Thursday, October 6th.

Let's get into a more detailed version of Season 3…

Many folks have noted that back-to-back rounds of 2-points is too much a swing. So, instead of the niche category round being up against the Bonus Round, we are moving it back to the end of the match in Round 10. This should also, with four possible points in Round 10, assure us that matches last longer than usual…

The hardest part about writing The Dozen is, without question, the Bonus Round. Lists are not easy to come by, especially ones that are fully fact-checked, up-to-date, and accurate to the desired level. So, we decided to not dilute the pool too much this season, and introduce two new formats…

We have 24 total teams, 9 of them expansion teams, and 76 total players… 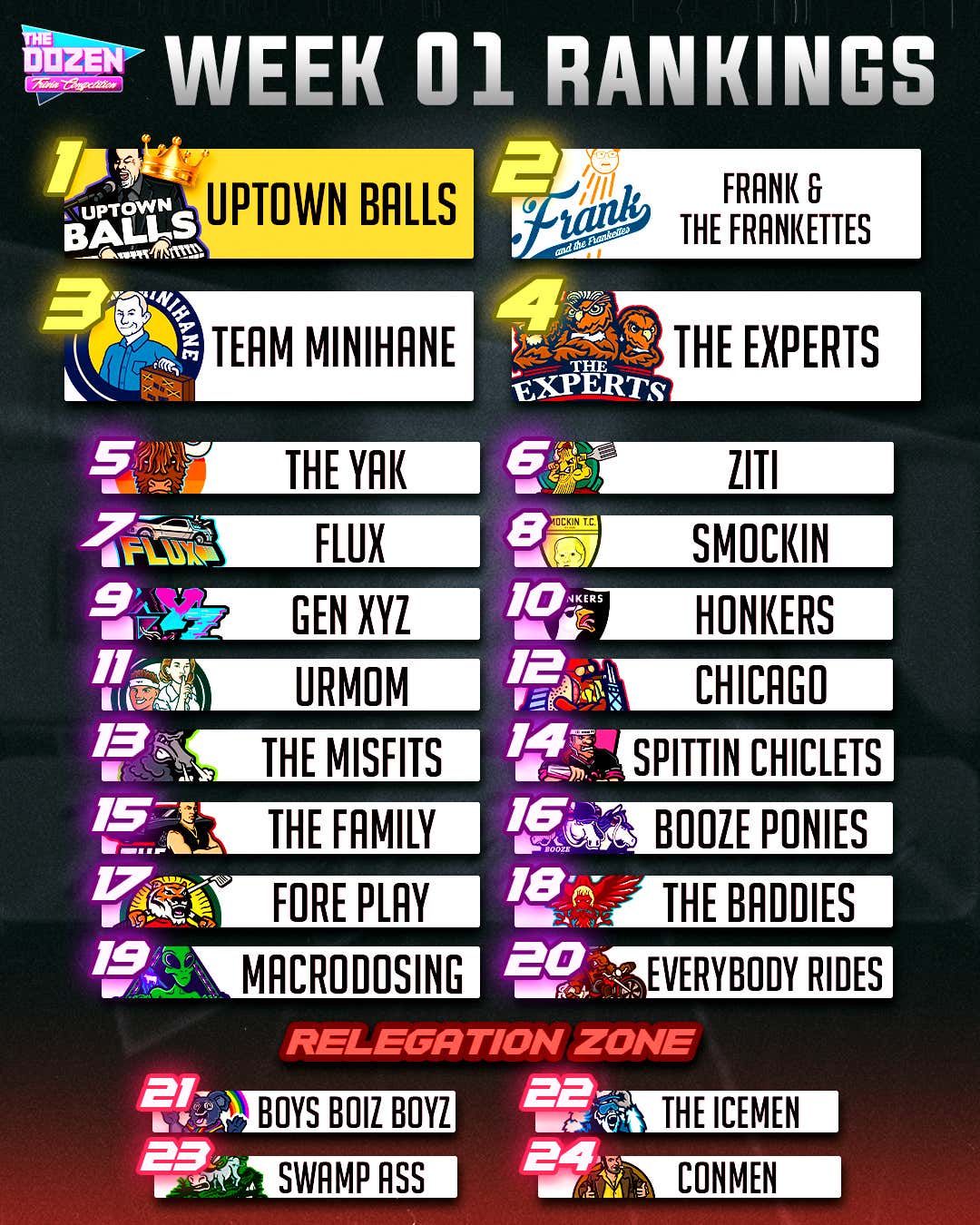 Fans voted for the top players heading into Season 3… 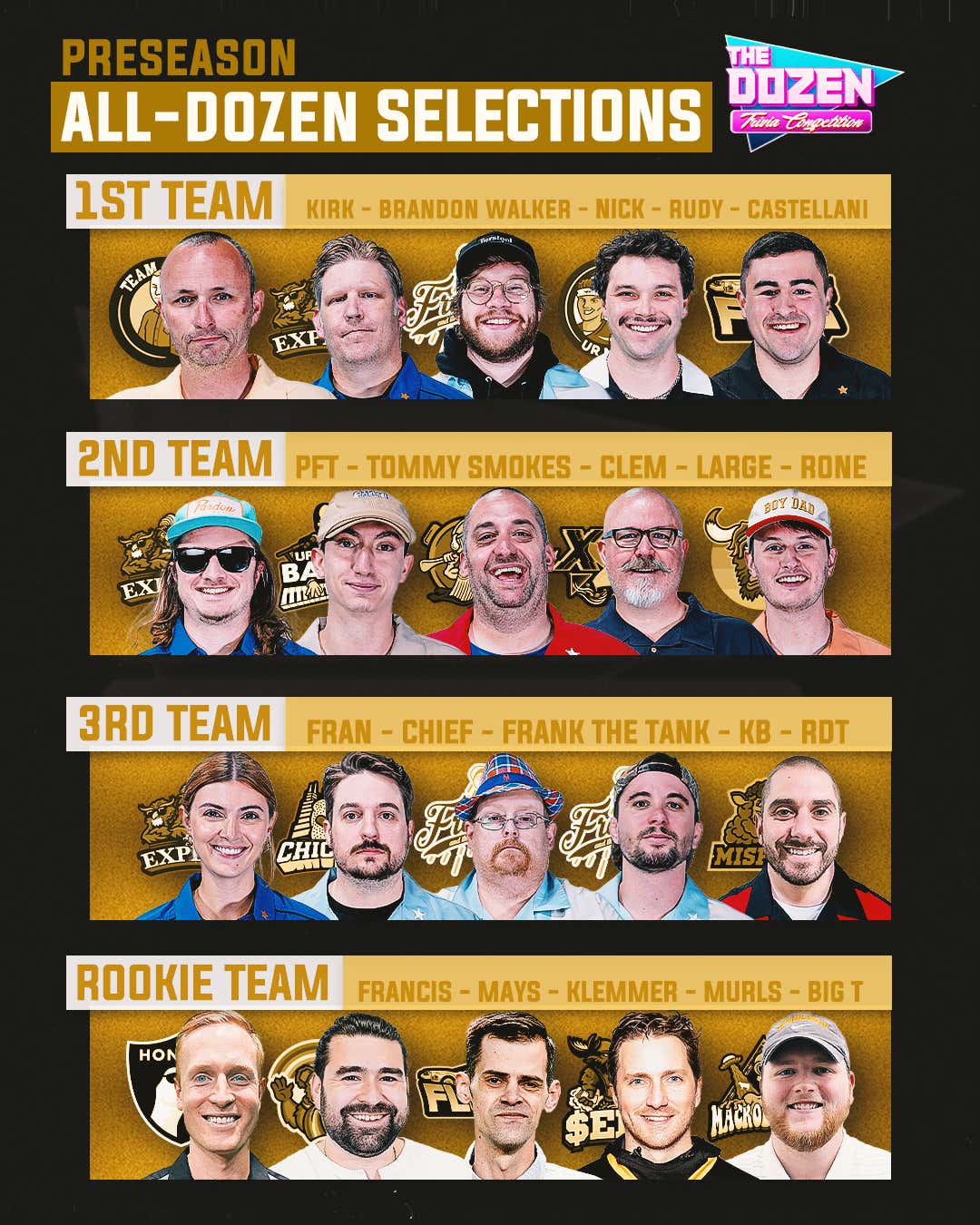 --
Now, it's time to roll! The Dozen: Season III is about to begin. Make sure to follow The Dozen on Twitter and Instagram for updates every single day.